Owyn co-founders on what makes their product different

Owyn co-founders Kathryn Moos and Jeff Mroz lay out why they got involved in the already crowded nutrition market, pointing to the need for healthier options.

Popular oat milk brand Oatly is facing backlash and threats of a boycott from fans after the brand sold a $200 million stake in the company to a group including Blackstone, a private equity firm headed by Trump donor Stephen Schwartzman. The Blackstone Group involved in the investment reportedly includes Oprah Winfrey, Natalie Portman and former Starbucks chief Howard Shultz, among others.

OAT MILK SHORTAGE PROMPTS SELLERS TO CHARGE OVER $200 ON AMAZON

The Swedish vegan "milk" company, which is valued at about $2 billion dollars, agreed on the sale with the investment group in July, but political and climate change activists have recently been criticizing the 10% stake deal on social media.

The apparent criticism stems from Schwartzman’s Trump donations and Blackstone's alleged links to to Brazilian company Hidrovias do Brasil, which has been accused of deforestation in the Amazon rainforest to build an industrial road.

Blackstone has repeatedly denied the accusations and claimed “Hidrovias does not own, control or have any interest — direct or indirect — in the road in question.” 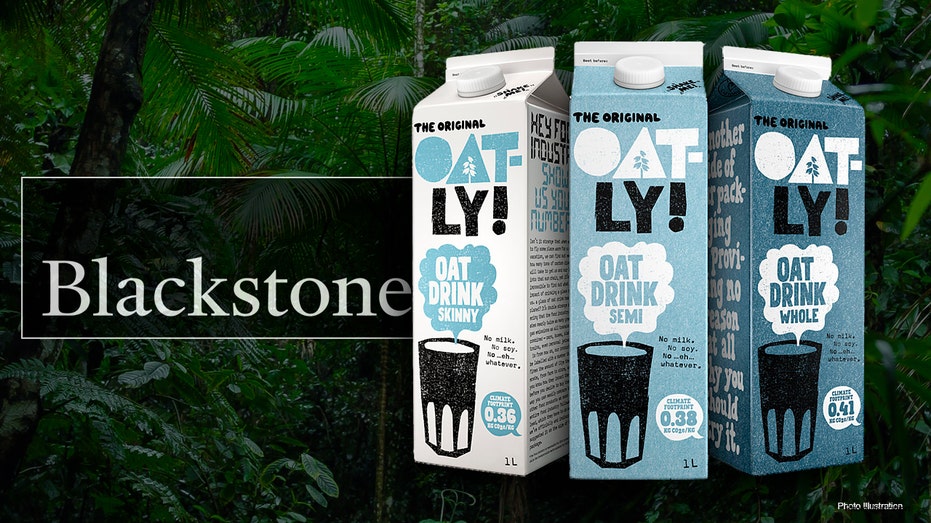 Oatly defended the deal in July, soon after it happened, as a way to help the company continue its “sustainable mission to create more plant-based products.” (Oatly)

Blackstone refuted the claims last year in a lengthy statement on its website. The post said that claims that the company was responsible for “deforestation of the Amazon through the development of an industrial road” as “blatantly wrong and irresponsible,”

Oatly defended the deal in July, soon after it happened, as a way to help the company continue its “sustainable mission to create more plant-based products.”

When Oatly, which invented the oat milk beverage, first came became available in the United States around 2016, it experienced a wave of popularity.

Since then, it has cultivated a cult following among hipsters, vegans and lactose-intolerant people, winning praise for its creamy texture and neutral taste. Oat milk was also lauded as better for the environment than other nondairy milks.