Wilde about Harry: Inside Styles and Olivia’s sexy, ramped-up romance

Jason Sudeikis’ custody petition against Olivia Wilde has been dismissed after a judge decreed that their kids’ home state is California, Page Six has confirmed.

The “Ted Lasso” star brought a case against his ex in New York City family court over their two children in October 2021.

While Wilde, 38, wants son Otis, 8, and Daisy, 5, in Los Angeles and potentially London — where her boyfriend, Harry Styles, resides — Sudeikis, 46, wants to live with them in Brooklyn.

He is now preparing to move back from the UK after wrapping filming on the third season of his hit Apple show “Ted Lasso.”

However, his initial case has now been dismissed as a judge found that NY was not the kids’ home, according to court papers.

Wilde filed a petition to “determine parental relationship in Superior Court of California, in LA,” on May 17, the filing stated, and her legal team made a bid to legally dismiss Sudekis’ case on May 18. This means the case will now likely continue in California. 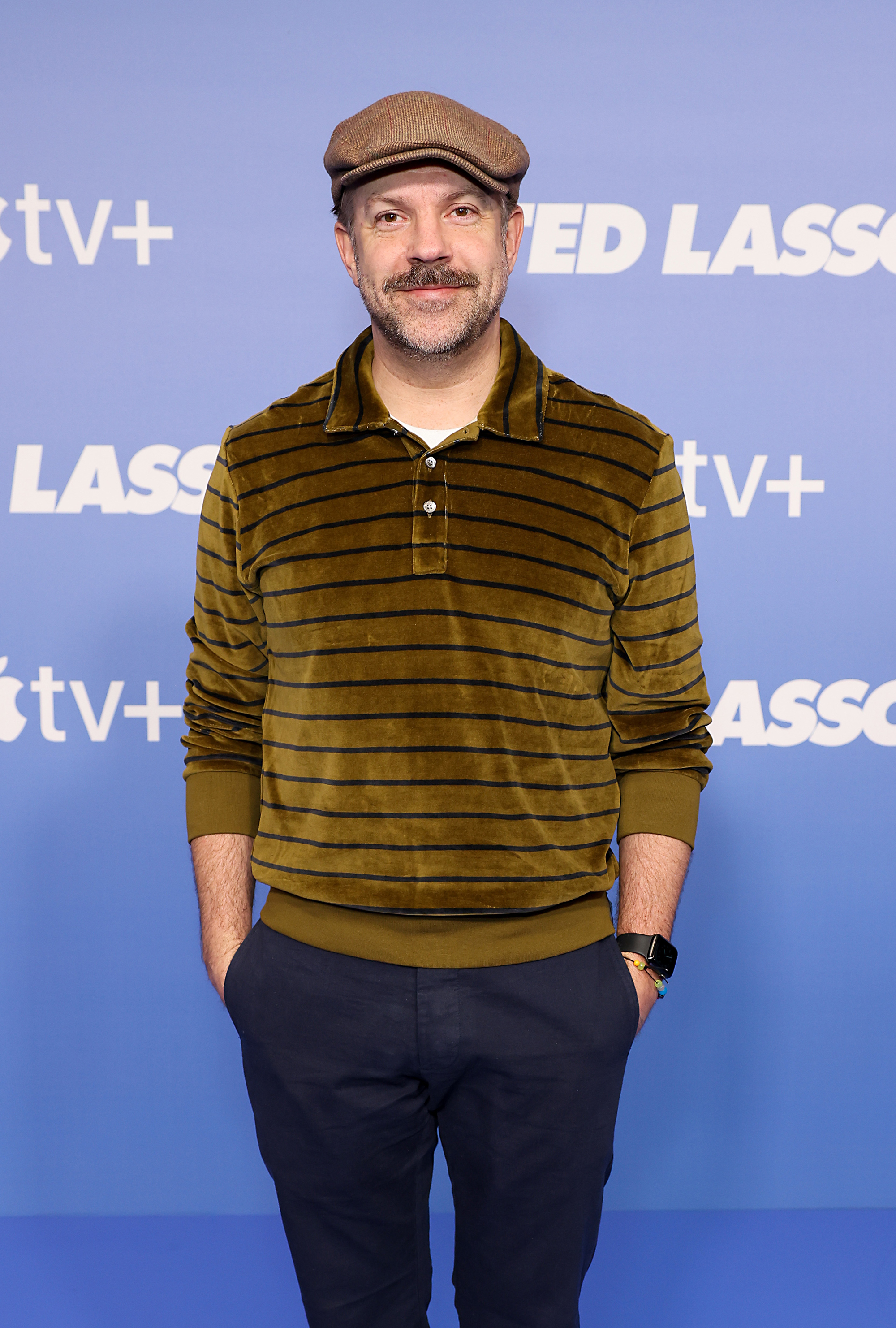 A legal filing, seen by Page Six and signed on August 5 by Daniellc M. Rodriguez, Esq. Court Attorney-Referee, reads: “Judge Powell and this Referee agreed that New York was not the home state of the subject children; but rather California was the children’s home state. 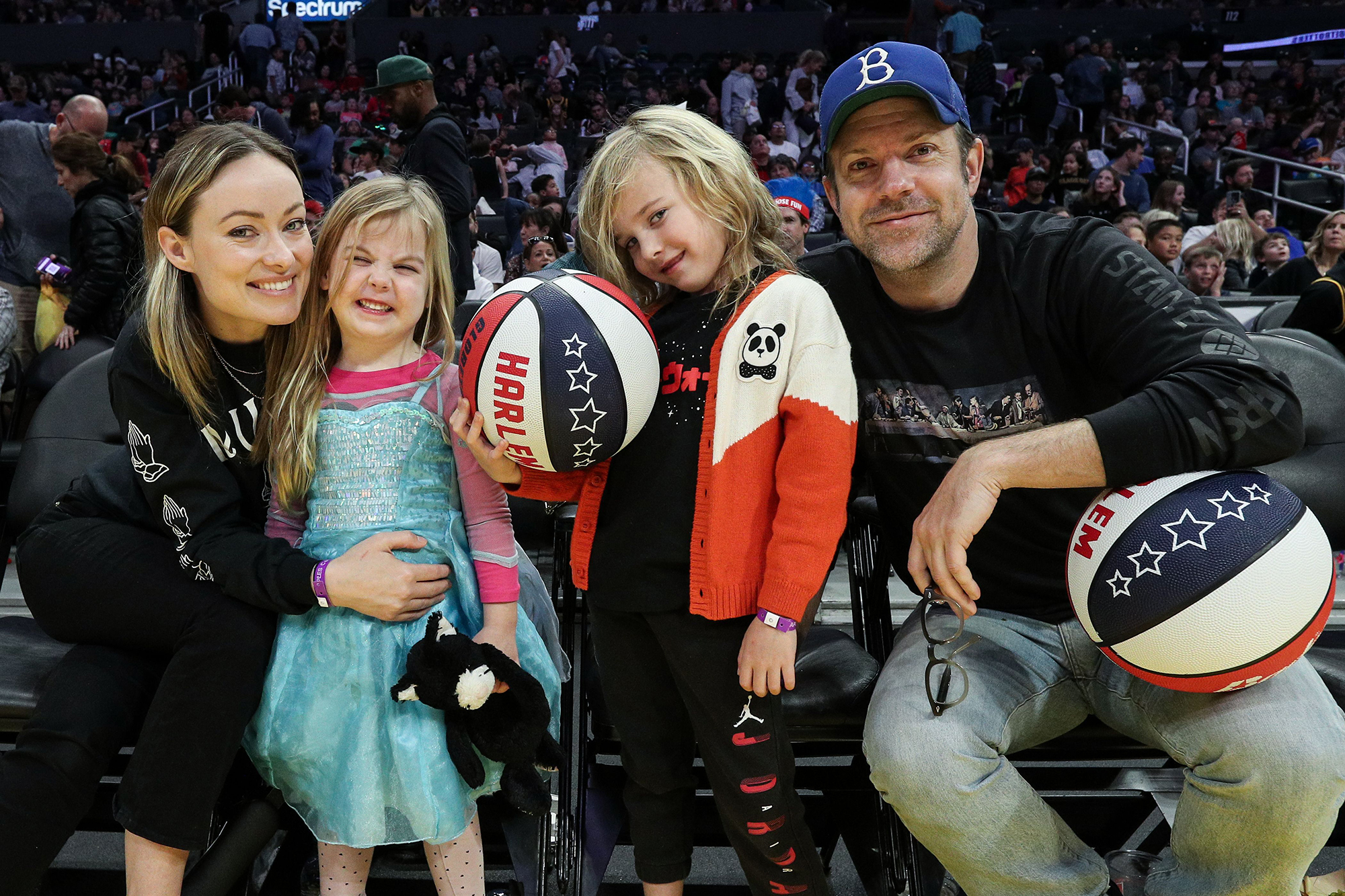 The Daily Mail Wednesday reported that Wilde was furious after being served legal papers while at CinemaCon in Las Vegas in April while promoting her new movie, “Don’t Worry Darling.”

In a court filing dated last month, the actress and director said that Sudeikis was trying to aggressively embarrass and “threaten” her when she was served onstage.

Wilde claimed that Sudeikis used “outrageous legal tactics,” adding: “Jason’s actions were clearly intended to threaten me and catch me off guard. 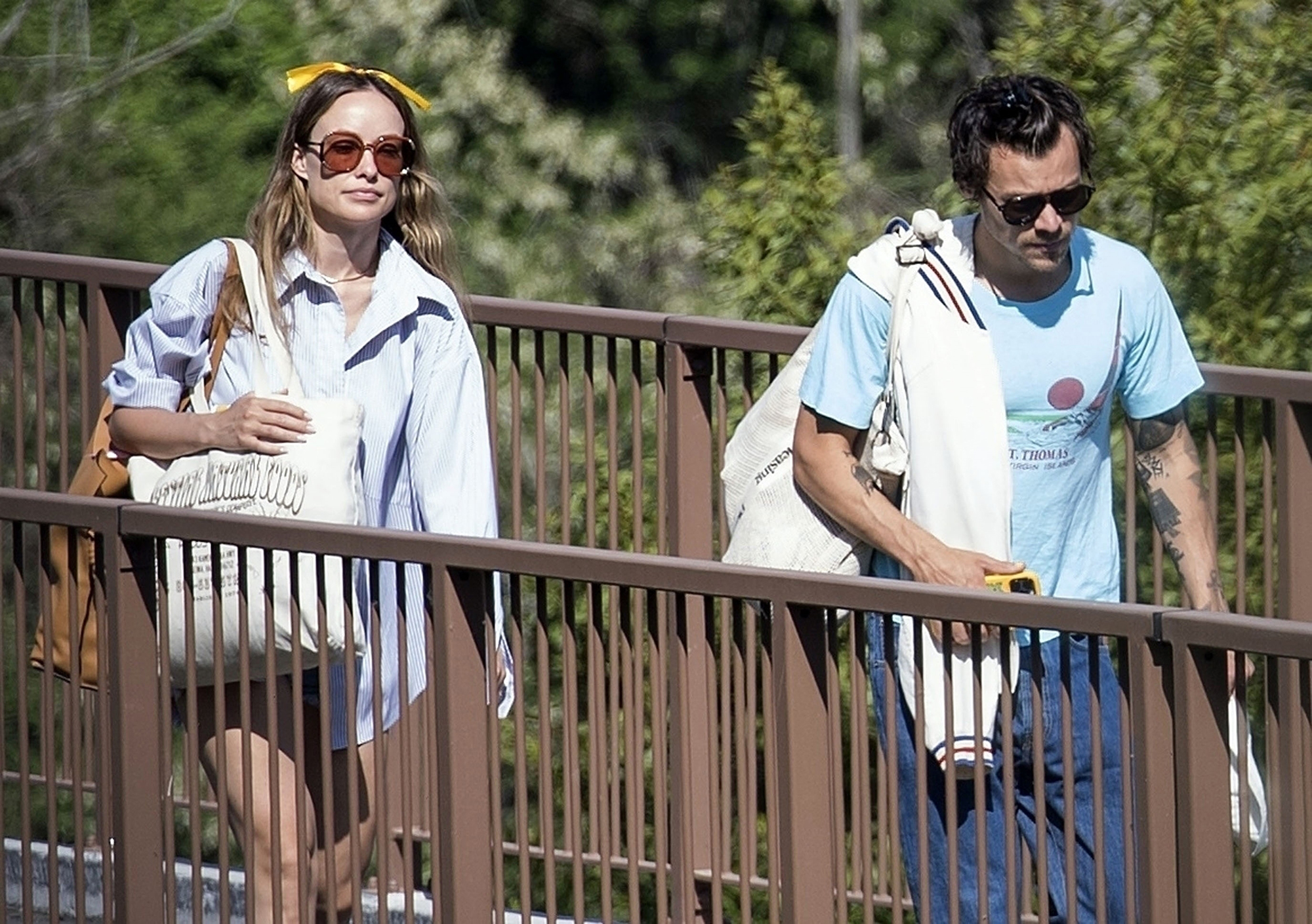 “He could have served me discreetly, but instead he chose to serve me in the most aggressive manner possible.”

The “Booksmart” director further claimed that this was unfair to the kids.

“The fact that Jason would embarrass me professionally and put our personal conflict on public display in this manner is extremely contrary to our children’s best interests,” Wilde argued. “Since Jason has made it clear that we will not be able to work this out for our children’s sakeoutside of the court system, I filed a petition for custody in Los Angeles.”

However, a source close to Sudeikis exclusively told Page Six that the actor “had no prior knowledge of the time or place that the envelope would have been delivered … and he would never condone [Wilde] being served in such an inappropriate manner.” 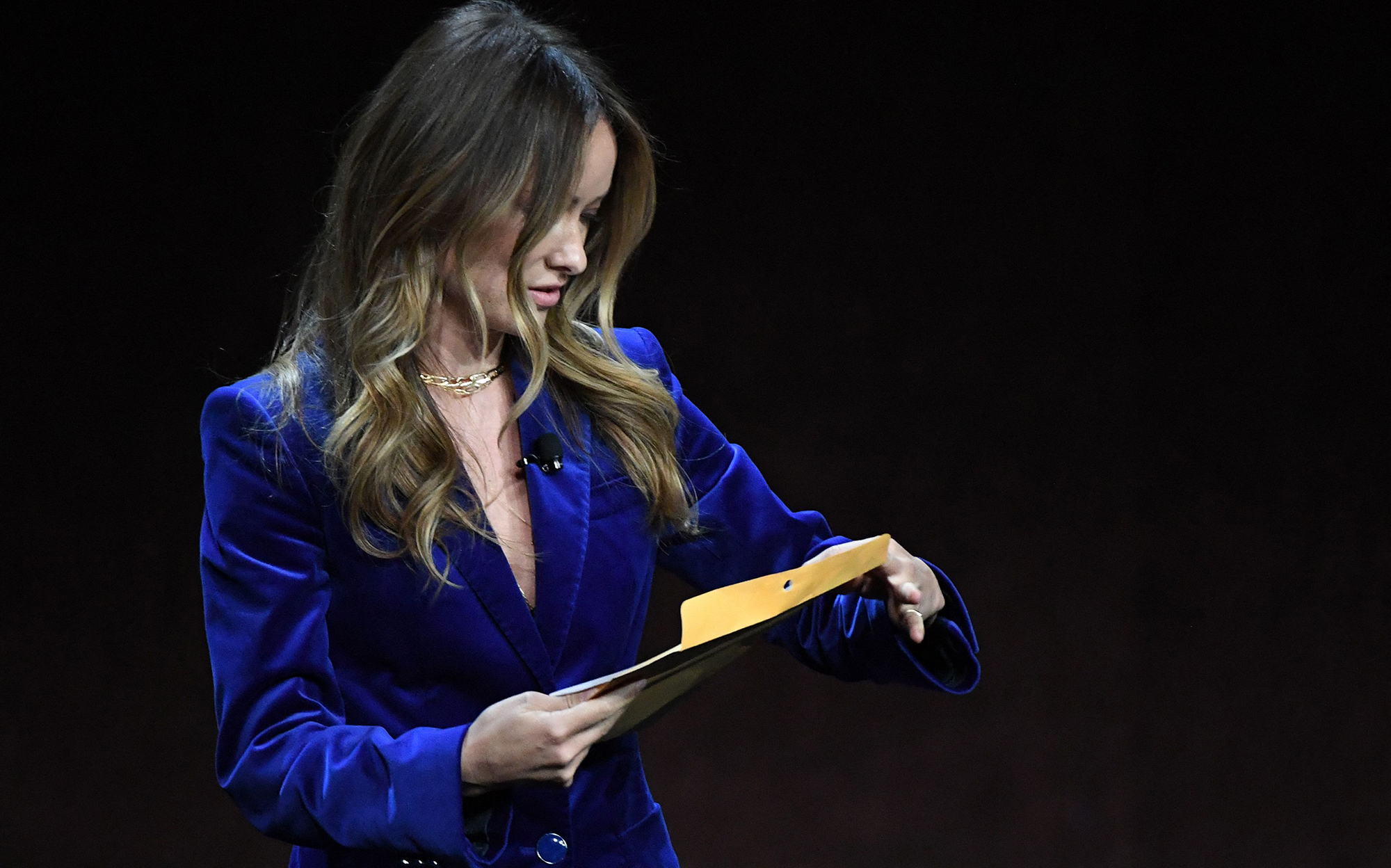 Sudeikis and Wilde had been co-parenting their kids — and living between LA, London and NYC — since calling off their engagement and breaking up in 2020.

In court docs, Wilde alleged that the duo agreed to send their children to school in LA for the upcoming year as Sudeikis was set to film the final season of “Ted Lasso” in London

“Recently, however, Jason decided that he wanted to go to New York for the next year while he is not working, and wanted the children to be with him there during this time off,” the actress claimed. “When I did not agree, since the children have not lived in New York for several years, Jason filed these papers.” 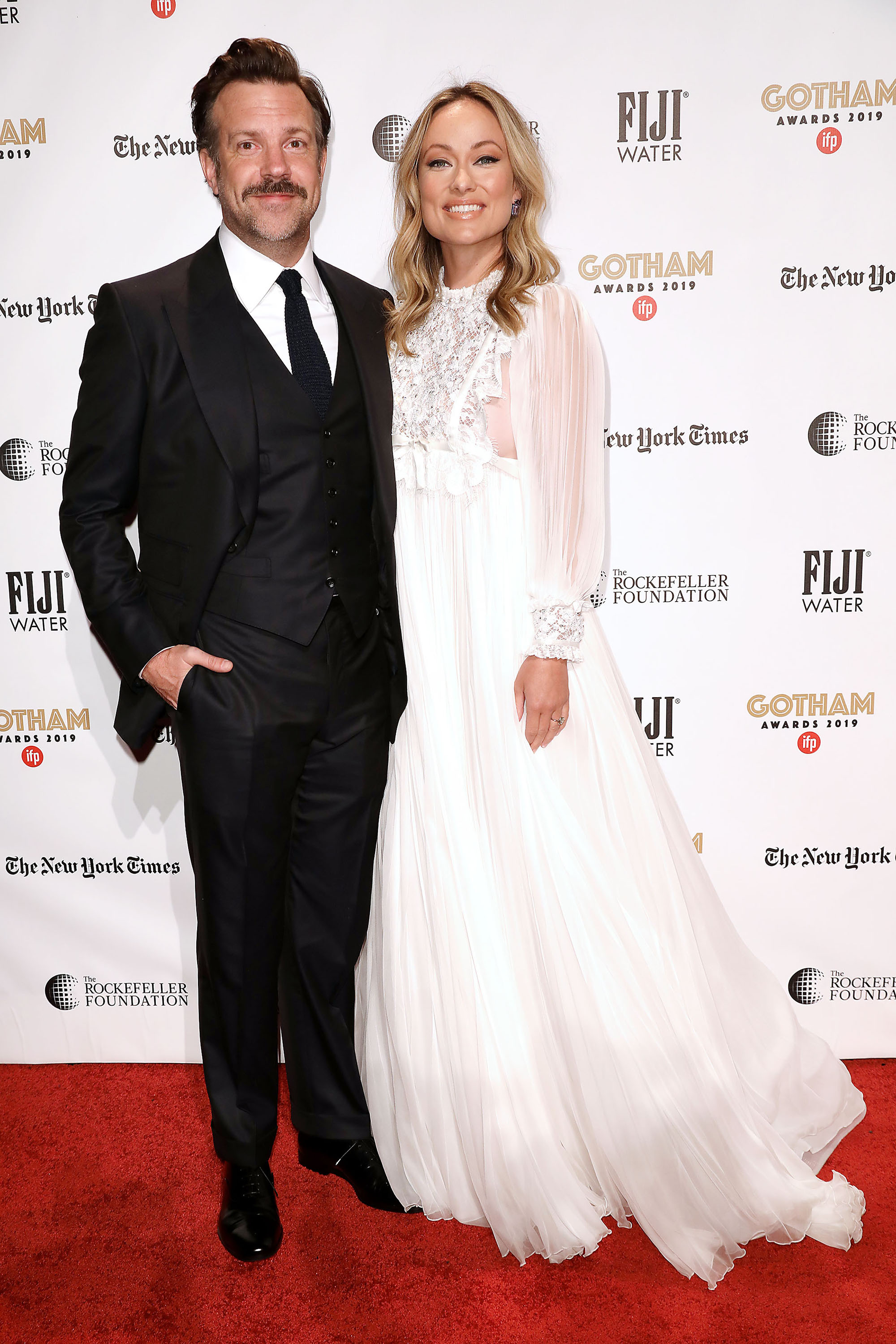 Sudeikis fired back in a declaration to the court, saying that their Brooklyn home has always been the family’s permanent residence and that Wilde was trying to trick him by insisting their kids live in LA.

“For better or worse, I am a New Yorker,” Sudeikis said in the filing, adding that it was best for their kids to grow up in Brooklyn. Wilde, whose relationship with Styles became public in January 2021, argued that the children have spent most of the last four years in LA or in London, even attending schools in the two cities.

“First, Olivia said that if I did not reside full-time in Los Angeles, she would allow me to spend time with Otis and Daisy on weekends and during vacation periods — thus depriving me of my right to parent the children during important periods of their lives,” Sudeikis said in the filing.

“Second, Olivia said that she intended to relocate with the children to London following the close of school in 2023,” he continued.