I never thought twice about my relationship with my mother until I read Cheryl Strayed’s Tiny Beautiful Things. No one has ever had to tell me how fortunate I am to have my mother in my life. It’s always been abundantly clear to me that my mom is one of those special people you hope to meet your whole life; I was lucky, and she was the first person I ever met. We’ve always been incredibly close, and I turn to her for pretty much everything, good or bad. But I also considered our Gilmore Girls-esque situation just a normal part of my everyday life, and a certain amount of complacency set in. But reading Tiny Beautiful Things changed my life in more than one unexpected way — including the way I approach my relationship with my mother as an adult.

I don’t remember what first prompted me to pick up Tiny Beautiful Things six years ago. I hadn’t yet read Strayed’s memoir, Wild, though I had heard the praise. I had also heard the hype when the identity of Sugar, the previously anonymous writer of the Dear Sugar columns on The Rumpus, had been revealed to be Strayed. Whatever my motivations were, the red paperback stood out to me. And as I dove into that first column it seemed like it would be just the thing I needed as a recent-ish college graduate prepped and primed for a quarter-life crisis. Spoiler alert: it was exactly what I thought I needed and everything I never knew I did. Strayed offers advice about career, relationships, body image, faith, father-daughter dynamics, and so much more that spoke to me — it was a revelatory reading experience that I am still unpacking even now.

But the most unexpected lesson from the book didn’t come until the very end of the book in Strayed’s breathtaking essay, "Tiny Beautiful Things." 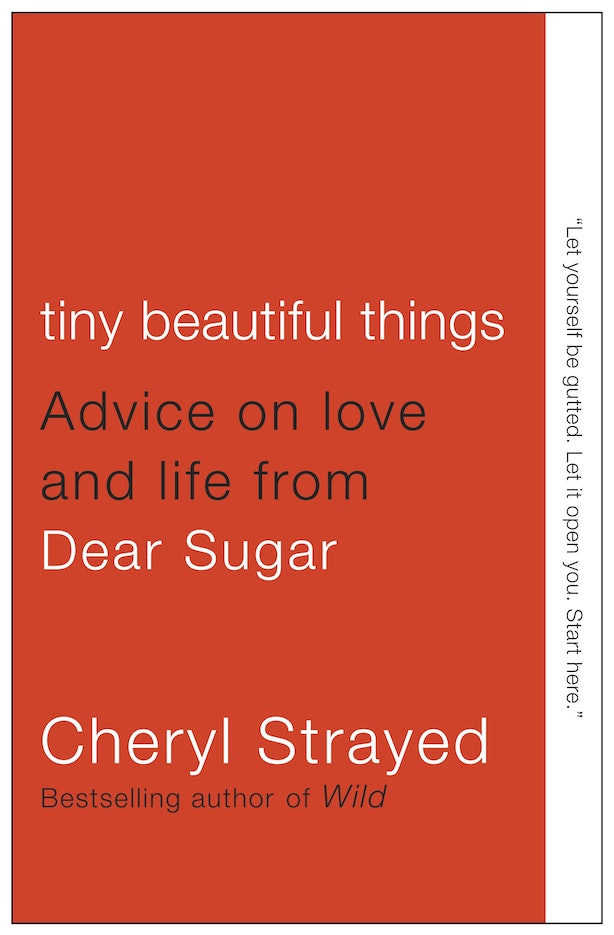 In it, Strayed responds to the question, "What would you tell your twentysomething self if you could talk to her now?" After an entire collection’s worth of advice, it seemed like this would be the culmination of it all — the final shot of wisdom I needed to get through my 20s and beyond. And I was not disappointed. Strayed covers everything from forgiveness to career to body image and more, all of these snippets of hard-won introspection laid bare for the world to read. But there is one anecdote in this particular essay that I think about more than any other.

It seems like such a simple thing, the act of saying thank you. I’d never thought I had a problem with it before. But that one story not only broke my heart into a million pieces for Strayed and the loss of her mother, but because I saw myself in it, too. How many times had my mom done something kind for me — surprising me with a record player or a sweater or even just a snack that she thought I would like — only for me to say it was the wrong color, the wrong shape, a flavor I hated…before the words "thank you" had ever even crossed my lips? Too many to count. Of all the revelations to come out of Tiny Beautiful Things, this just might be the one that has affected my day to day life the most.

My 20s has been a lesson in many things, not the least of which is how I approach my relationship with my mother. Now there is one mantra with which I try to approach everything to do with my mother, especially as Strayed writes about her own mother in "The Reckoning": "She was her best self more often than it’s reasonable for any human to be. And that is the gift of my life" — and it’s a simple thank you, thank you, thank you.