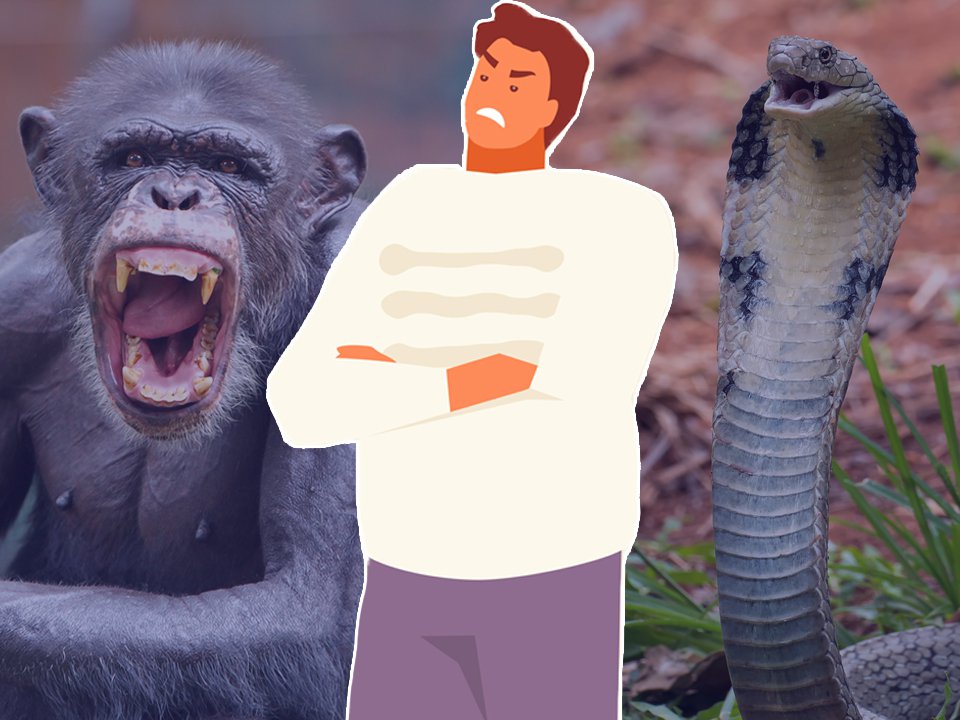 A YouGov survey has revealed that quite a few men (at least in America) think they could get the better of some of the world’s deadliest animals in a fight.

The survey asked 1,224 US adults to gauge how well they’d fare in a fight with various animals, as well as which animals would win fighting each other.

What they found is that men have a higher propensity to assume they’d be victorious than women.

Perhaps it’s because chimps are portrayed as cheeky and sweet in media – despite being deceptively strong – but we’re not sure where that same confidence comes from regarding a literal venomous snake.

For the most part, the results were the same for the genders when looking at the well-known predators; grizzly bears, lions, gorillas, and crocodiles.

It’s when we get to kangaroos and wolves that things begin to turn, with between 16% and 17% of men fancying their chances compared to under 10% of women.

A question for all of these people: have you ever seen a wolf or a kangaroo? Those are some vicious animals when they want to be.

When people were asked about those that would annihilate the rest of the animal kingdom (if this strange Darwinian fight club somehow sprung up) elephants and rhinos were top of the list.

These behemoths were closely followed by grizzly bears, tigers, hippos, and lions.

To be honest, it’s a bit bold to even back yourself against one of them.