Spoilers ahead for Infinity War. Avengers: Infinity War lived up to its astronomical hype. The only aspect that might have fallen short was the fact that there was just one post-credits scene, since Marvel fans are so used to getting two. The one scene that the movie did include was all you needed though, because the person who Nick Fury texted in Infinity War happened to be Captain Marvel. Nick’s final act before being vaporized with the rest of the Avengers crew sent out a signal to an image of a star that Marvel comics fans will easily recognize as the one that Captain Marvel dawns on her suit. To understand why this is so exciting, you need to first learn just how powerful Captain Marvel is.

Fortunately, you’ll get a chance to do that with the Captain Marvel film, starring Brie Larson as the titular superhero, coming out on March 6, 2019. Yet again, the MCU has proven that it’s always about 10 steps ahead of its audiences. While the upcoming Captain Marvel film takes place in the ’90s, according to Variety, it will provide a solid backstory to the hero that Infinity War‘s post-credit scene suggests will save the day. She’s up to the challenge, too, according to Marvel’s president Kevin Feige.

While walking the red carpet at the world premiere of Infinity War, Feige told Variety, "You’re gonna get the most powerful superhero that we’ve ever introduced, with I think one of the most unique and inspiring origin stories." Feige was referring to Captain Marvel, aka Carol Danvers, and he’s not wrong, considering the superhero’s comic book roles. 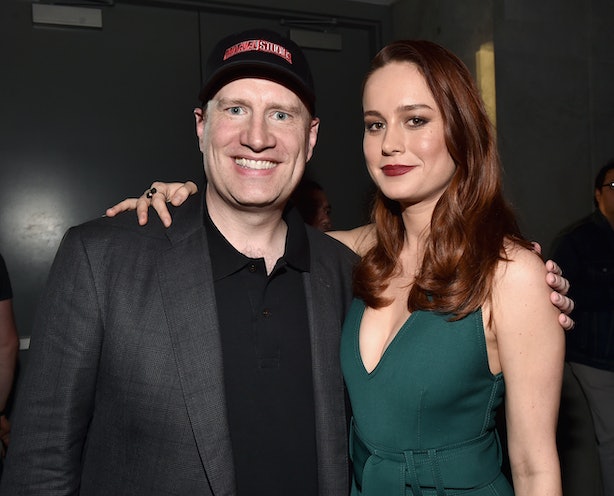 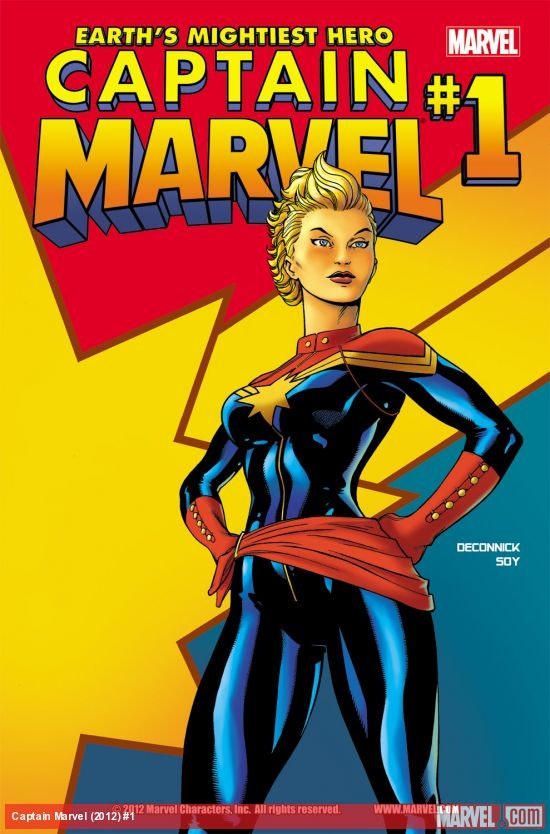 Not only will Captain Marvel explore Carol Danvers’ fascinating superhero story for the first time, but it will also offer Marvel fans a new glimpse at Nick Fury than they’re used to. "To see a version of Nick Fury who’s reached a point in his career where he thought the wars over and the best days are behind him,” Feige told Variety while on the red carpet. “Certain things he encounters in this movie sets him up for the path where we are 19 films later."

Knowing the close connection that Nick and Captain Marvel have, it also makes Infinity War‘s end credits scene even more impactful. After that scene, the movie shared the warning, “Thanos will return.” If Carol Danvers could triumph as Captain Marvel after decades of sexist portrayals of a busty Ms. Marvel, she can probably defeat the big bad in Avengers 4.