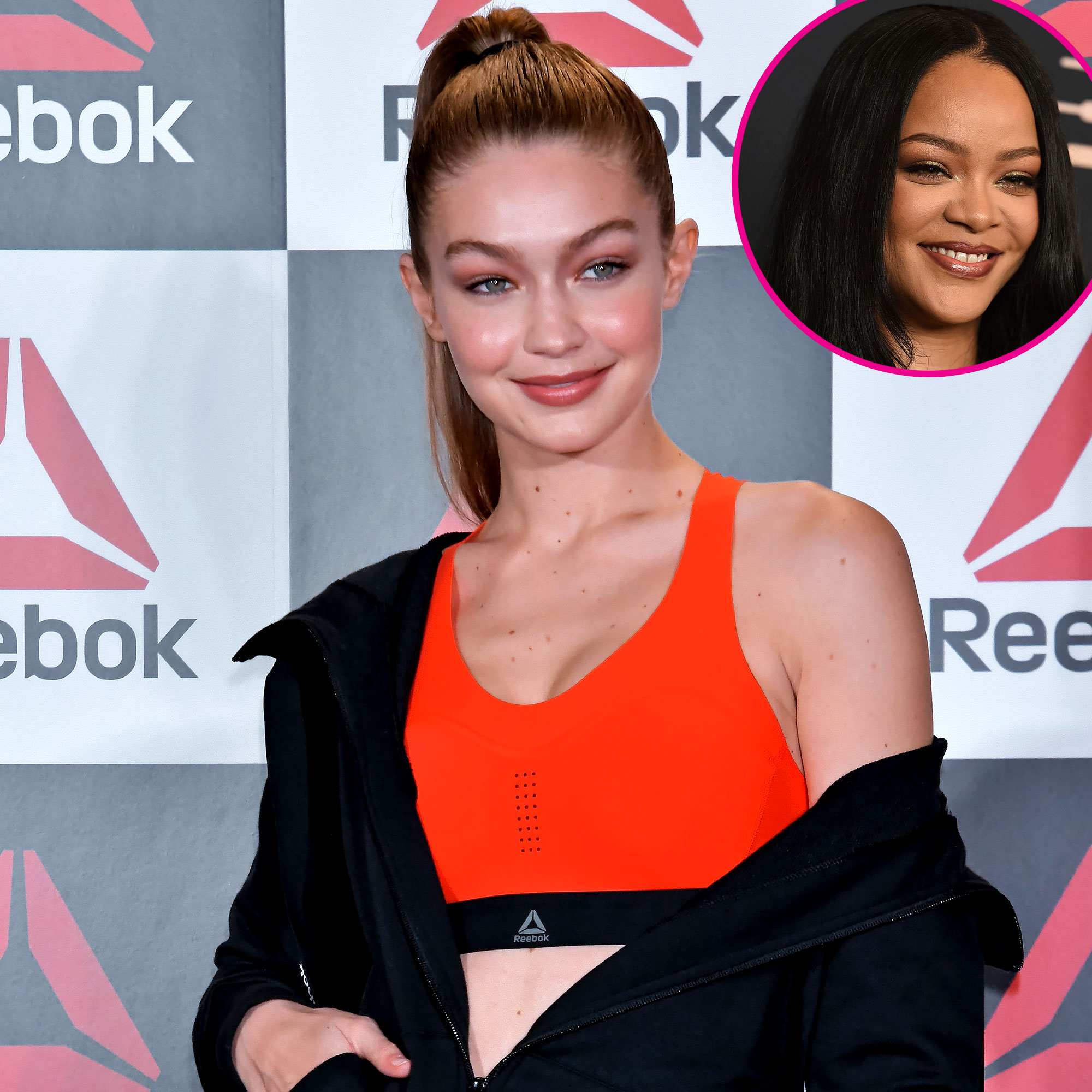 Double trouble? Gigi Hadid playfully walked back her comments after sparking speculation that Rihanna is pregnant with twins.

The singer, 33, gave her followers a glimpse of her budding baby bump via Instagram earlier this month shortly after announcing her pregnancy in January. “How the gang pulled up to black history month,” she captioned the carousel of photos, including one snap of her in a bathroom with an oversized sports jersey pulled up over her stomach.

Rihanna also uploaded photos from her maternity shoot with boyfriend ASAP Rocky, which showed the pair on the streets of New York City cradling the businesswoman’s bare belly.

Famous pals were quick to gush over the Fenty Beauty founder in the comments, with Hadid, 26, writing, “😭🥺 three angels 💘.”

Fans ran wild with the California native’s message, immediately wondering if Rihanna has more than one baby on board. “@gigihadid does this mean she is having twins ❤️❤️❤️🙌👏😍,” one social media user replied, while another joked, “@gigihadid did we miss something?”

As the rumor mill continued to churn, Hadid attempted to clarify her message with a second comment. “I just caught word of this commotion ^ 😅I meant rih / rocky / baby lol,” she teased.

Rihanna and the “Praise the Lord” artist, 33, were first linked in 2019. Expanding their family has only brought the musicians closer together, a source recently told Us Weekly.

“ASAP is obsessed with Rihanna and feels he has never loved her more than when she’s pregnant,” the insider noted. “They’re both very excited to be parents. … Rihanna has wanted to be a mother for many years now and she’s so thrilled it’s finally happening.”

Those close to the “Umbrella” singer are sharing in the couple’s excitement, with her father, Ronald Fenty, gushing about his future grandchild. “I couldn’t be happier for my daughter,” he exclusively told Us. “I actually jumped for joy when I heard.”

The Savage x Fenty CEO has “always wanted to have kids” and will “be an amazing mom,” her dad said.

Rihanna previously opened up about the “incredible example” her mother, Monica Braithwaite, set growing up and how she felt inspired to raise little ones of her own someday.