An optical illusion that deceives the eye into thinking two cubes are rotating quickly – when actually they’re perfectly static – is baffling those who’ve seen it.

At first glance, the gif, created and shared on Twitter by Japanese user @jagarikin, appears to simply be two blue cubed frames in motion, with the background flashing between black and white. Occasionally, they appear to change direction.

However, focusing an eye on just a corner of one of the cubes reveals the reality – that they’re not actually moving at all. 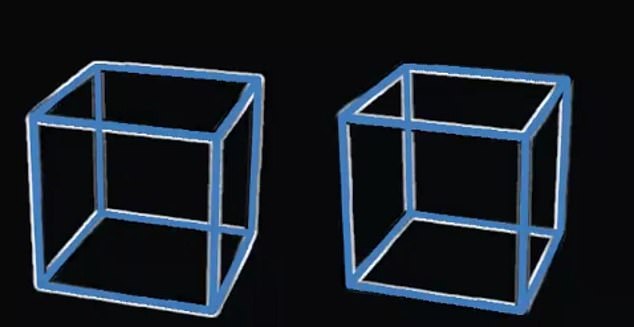 It’s all about the background: the illusion relies on the ‘reverse phi illusion’ to make the cubes appear animated. When the background flashes between black and white, the brain is tricked into seeing movement when there isn’t any

The illusion makes the brain think that the still images are animated. Those needing 100 per cent proof that the wire-framed cuboids are still can hold a finger over them, breaking the illusion and revealing them to be static.

The trick gif has now been shared almost 60,000 times on social media.

The trick’s creator wrote alongside his mind-boggling handiwork: ‘I finally finished the optical illusion that makes it look like two three-dimensional cubes are moving.

‘They look like they’re moving, don’t they? They’re actually not.’

On social media, people have tried to fathom exactly what the trickery is.

One befuddled viewer, @ yeegaa_house wrote: ‘Is it possible to see it because the thing that plays the role of the shadow is flickering?’ 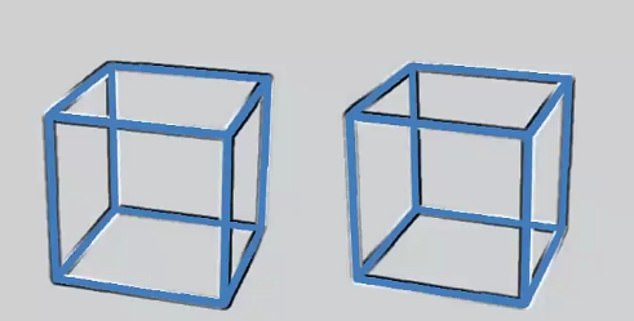 The pair of cubes can be halted by placing a finger on one of the sections of the frame, which disrupts the way the brain interprets the image 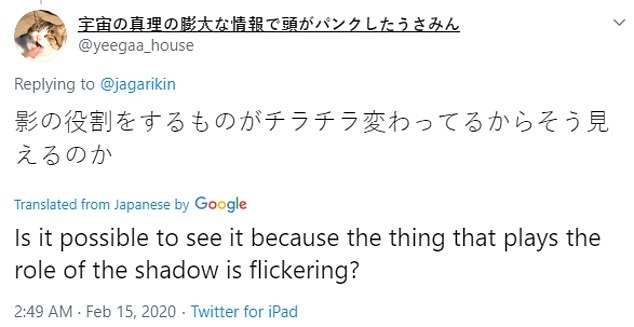 @AK13_CTL added: ‘Looking at just one of the sides, I noticed that it hadn’t changed at all, but I couldn’t stop turning.’

So, what’s the surprisingly simple science behind the cryptic gif?

The answer is that the gif employs a motion illusion known as reverse phi illusion, a concept that revolves around how the eye sees light and dark colours.

Quickly flashing between a light and a dark background tricks the brain into thinking objects in front are moving, in this case, the cubes.

As well as putting a finger on the screen, blinking also helps to break the motion illusion and let viewers see the two cubes as the inanimate objects they are.