Latest optical illusion sees a shoe appear pink and white to some and grey and green to others – but have the colours been DELIBERATELY altered to look different?

A photograph of a sports shoe is the latest optical illusion to divide the internet…with thousands of people saying they think it’s either grey and green or pink and white.

However, others have suggested that there may be some trickery at play, with the colours deliberately changed to fire up a debate.

The shot of the lace-up sneaker, which has a strip down one side has seen thousands of people commenting on it after it was posted by Australian music station 99.3 B-Rock FM.

The image has re-surfaced after appearing late last year but is now foxing the internet all over again. 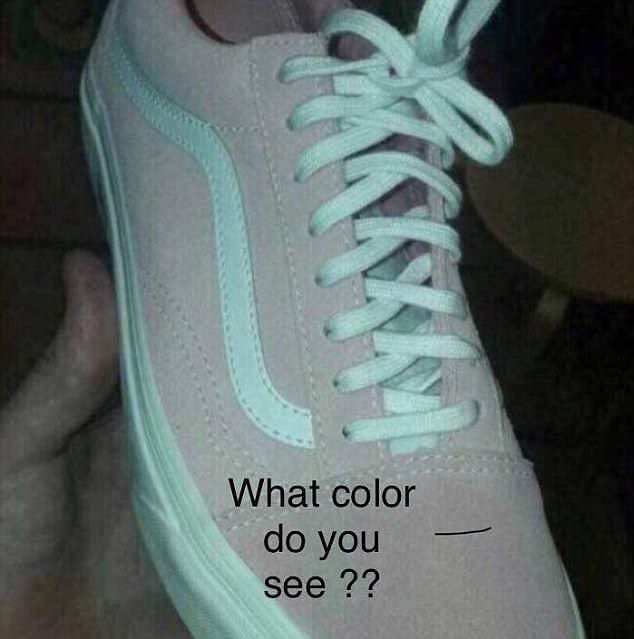 Mint and grey? Or pink and white? Australian music channel 99.3 B-Rock FM posted this image to its Facebook page and thousands of people have now shared it…but some are suspicious that the colour levels have simply been changed to make a pink and white shoe appear different 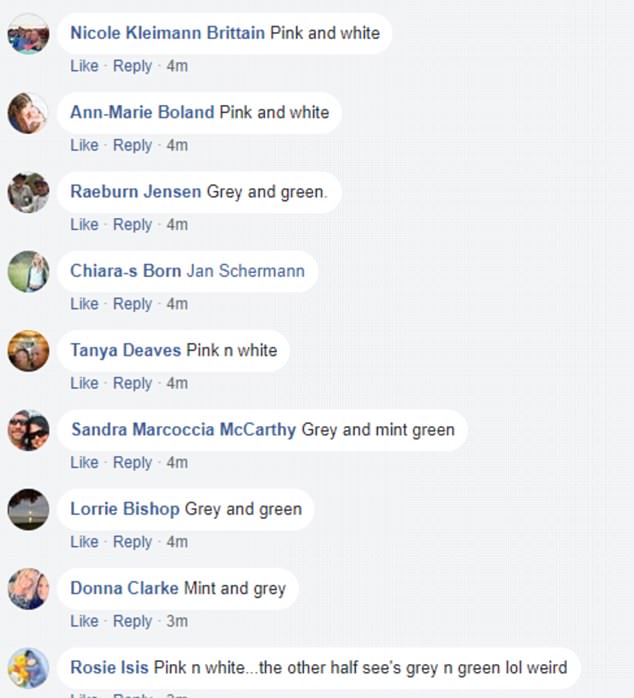 The station published the image with the words: ‘IT’S HAPPENING AGAIN! What do you guys see?? Most of us see pink and white but some see grey and green…’

On Facebook, Lisa Butler wrote: ‘Flipping hell. I commented ages ago; I saw grey and mint green, now I see pink and white.’

@Bernade27300176 said different age groups saw different things in her house: ‘This is scary…me and my husband see a grey shoe with pale green laces. My kids see a pink shoe with white laces…spooky.’

The photo was originally posted last year by Nicole Coulthard to a Facebook group, she captioned the image.

‘My friend has just sent me this asking what colour the shoe is, I would say pale pink and white, but she insists its pale blue and grey. What do you girls see? Please tell me pink and white!’ 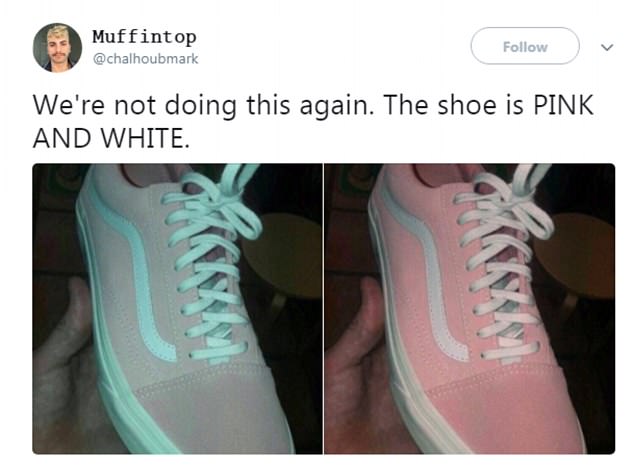 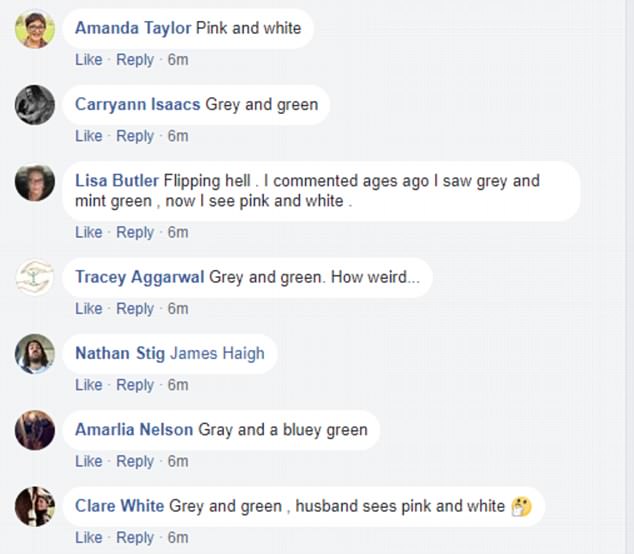 WHY DO WE SEE COLOURS DIFFERENTLY?

Every single person is unique and as a result, our brains process information differently. Depending on how you interpret colours, one person might see it one way, while the very next person who looks at it might see it differently.

Light enters the eye and hits the retina, which is the light sensitive tissue at the back of the eye.

The light is converted to an electrical signal which travels along the Optic Nerve to the Visual Cortex in the brain. The brain makes its own unique interpretation of this electrical signal.

It is not surprising that many respondents changed their mind when seeing the colour in contrast to the two blue shades, as we perceive an object’s colour based on a comparison to its surrounding shades, not on the actual colour itself.

Assessing colour vision is just one of the myriad of examinations that can be undertaken during a routine sight test. It’s possible for colour blindness to go undetected depending on severity – as it’s impossible to see the world through another person’s eyes.

Conditions such as protanomaly, deuteranomaly and tritanomaly can range from inconvenient to quite dangerous – often preventing those inflicted from pursuing certain careers. If you have any concerns about your colour perception, you should seek an appointment with a registered optometrist.

Keisha Maree thought it was a matter of light, saying: ‘Those are peachy pink and white sneakers – they look ‘grey/green’ as the photo looks like it was taken at night.’

Back in 2015, a now infamous ‘dress’ divided internet users, who simply could not agree over whether it was black and blue or gold and white – with even Kim Kardashian and Taylor Swift joining in on the debate.

One year later, the Adidas jacket did the same, with people saying that they saw numerous colour combinations, including blue and white, green and gold, black and brown, and green and brown. 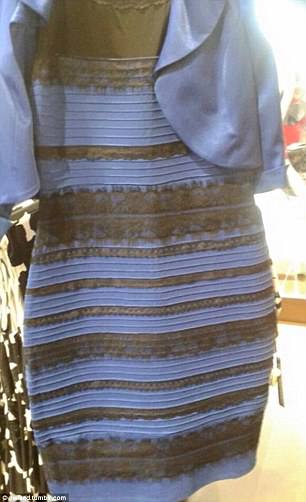 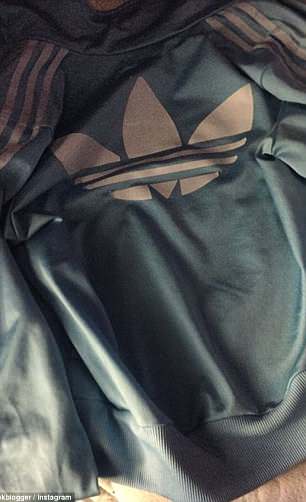 Back in 2015, the infamous ‘dress’ divided internet users, who simply could not agree over whether it was black and blue or gold and white – with even Kim Kardashian and Taylor Swift joining in on the debate. One year later, the Adidas jacket (right) did the same