Check out what’s clicking on FoxBusiness.com.

As of 11 a.m. ET on Tuesday, there were over 700 delayed flights in, out of and across the U.S., according to flight-tracking website FlightAware. About 60 flights were canceled.

That is down from Monday when 5,673 flights were delayed and another 200-plus flights were canceled, according to the data.

Passengers flying into and out of New York City-area airports on Monday faced issues for a few hours while the FAA dealt with staffing shortages. Earlier that evening, the agency tweeted that it would be reducing flights in the area "due to the availability of staff."

"The FAA must reduce the flow of aircraft in certain airspace serving New York City to maintain safety," the FAA said on Monday. The FAA did not specify which employees were out, but projected that delays at Newark, LaGuardia and John F. Kennedy International airports could be up to two hours.

Flights at LaGuardia were being stopped for more than an hour, and planes at Newark were facing average delays of 44 minutes by late afternoon, according to an FAA website.

By 9 p.m. ET on Monday, the FAA tweeted that it was able to cancel ground delays after New York City airspace found some additional staffing. 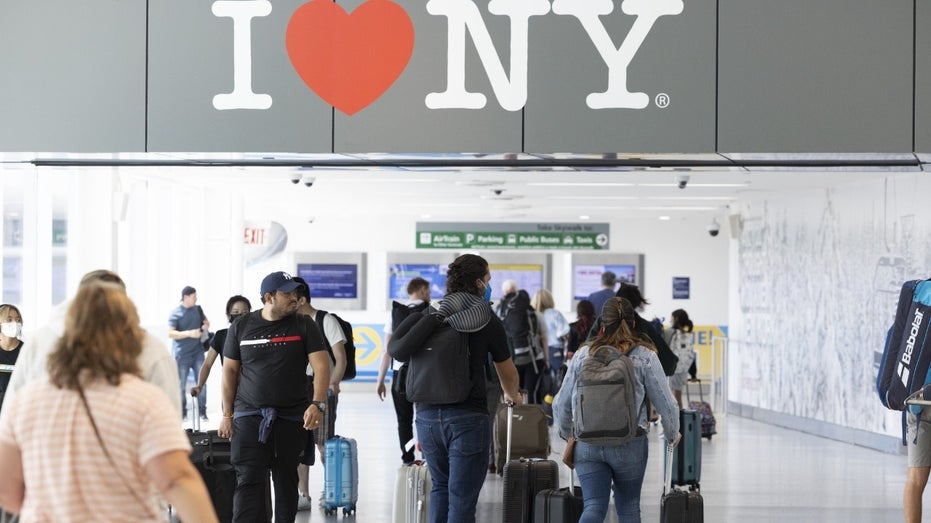 Representatives for the FAA did not respond to FOX Business' request for more details.

The average day in August, through Sunday, included about 670 cancellations and more than 6,200 delays.

Although delays and cancellations have been particularly high recently, the worst days of 2022 were in the first quarter, according to FlightAware spokesperson Kathleen Bangs.

In January the airlines hit a 40% delay rate, and in February when cancellations spiked to over 5,000 flights, Bangs said.