The painter and the thief: Thought-provoking documentary tells the story of an artist and the drug addict who stole two of her pieces from a gallery – before the pair formed a bond and she made him her muse

The story of an artist who tracked down the thief who stole two of her paintings and made him her muse has inspired a thought-provoking new documentary.

Barbora Kysilkova, from the Czech Republic, was devastated – and confused – after two of her large pieces were snatched from Galleri Nobel in Oslo in April 2015.

The robbery was unusual because the thieves – who were caught on CCTV and arrested soon after – had gone to great lengths to avoid causing the paintings any damage, painstakingly extracting more than 200 nails to remove the canvases.

Joking that their efforts had earned her ‘respect’, Kysilkova decided to reach out to one of the criminals – a Norwegian tattooed drug addict called Karl-Bertil Nordland. 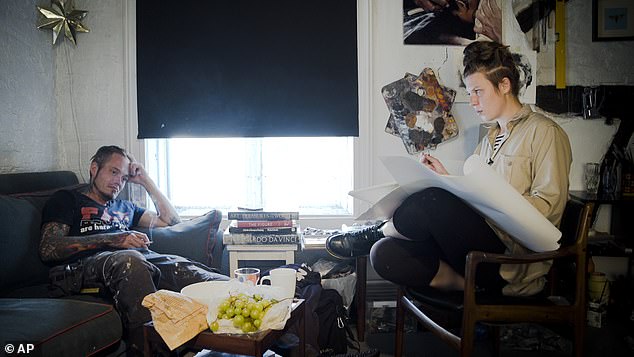 Barbora Kysilkova, from the Czech Republic, pictured right, reached out to one of the criminals who stole her paintings from a gallery – a Norwegian tattooed drug addict called Karl-Bertil Nordland (left) 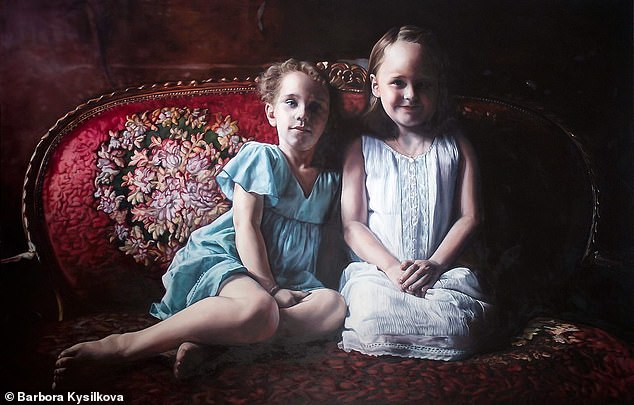 When she asked him why he’d stolen her artworks, Nordland simply replied ‘because they were beautiful’ – taking Kysilkova by surprise.

After hearing more about his troubled life, she offered to paint him – and when he saw the finished piece he burst into tears.

The story inspired documentary maker Benjamin Ree, whose subsequent film, The Painter and the Thief, debuted at the Sundance Film Festival in January where it won a gong for creative storytelling.

It follows Kysilkova – who had moved to Oslo to be with her partner, novelist Øystein Stene – and Nordland for several years and charts how their relationship changes from strangers to painter and muse, as well as friends. 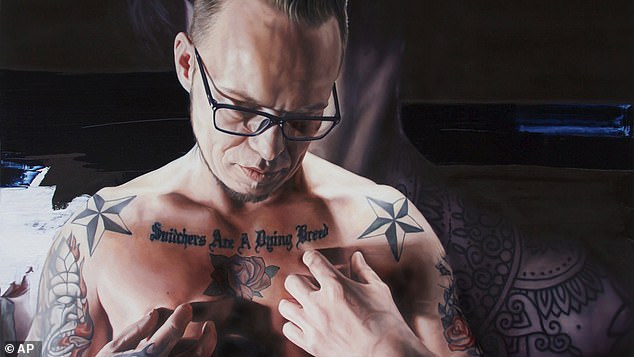 Kysilkova offered to paint Nordland (pictured) – and when he saw the finished piece he burst into tears, and the pair stuck up a creative partnership

Using archive footage of Kysilkova painting the stolen works, director Ree was able to tell the story from the beginning.

Speaking about the theft of her pieces – Chloe & Emma (2013) and Swan Song (2014), both photorealism paintings measuring over 6ft by 4ft – Kysilkova told Observer.com: ‘It doesn’t make sense that somebody would steal my paintings.

‘Every single nail lifted, not a single thread of the canvas was left… I actually started to have some kind of respect for these people.’

After meeting Nordland and painting his picture – his reaction to which was filmed for the documentary – Kysilkova helped to support him as he continued to battle his drug addiction, which saw him check into rehab, relapse, crash a stolen car and end up back in prison. 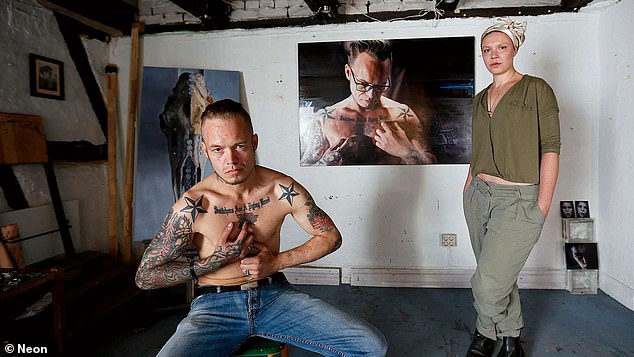 Meanwhile she attempted to track down her stolen paintings – Nordland insists he ‘doesn’t remember’ what he did with them.

During the documentary viewers learn how Nordland spiralled into a life of drugs and crime after being abandoned by his mother and watching close friends succumb to gang violence and substance abuse.

Kysilkova, who herself has endured an abusive past relationship, said she has always been ‘attracted to less comfortable issues of mankind’. 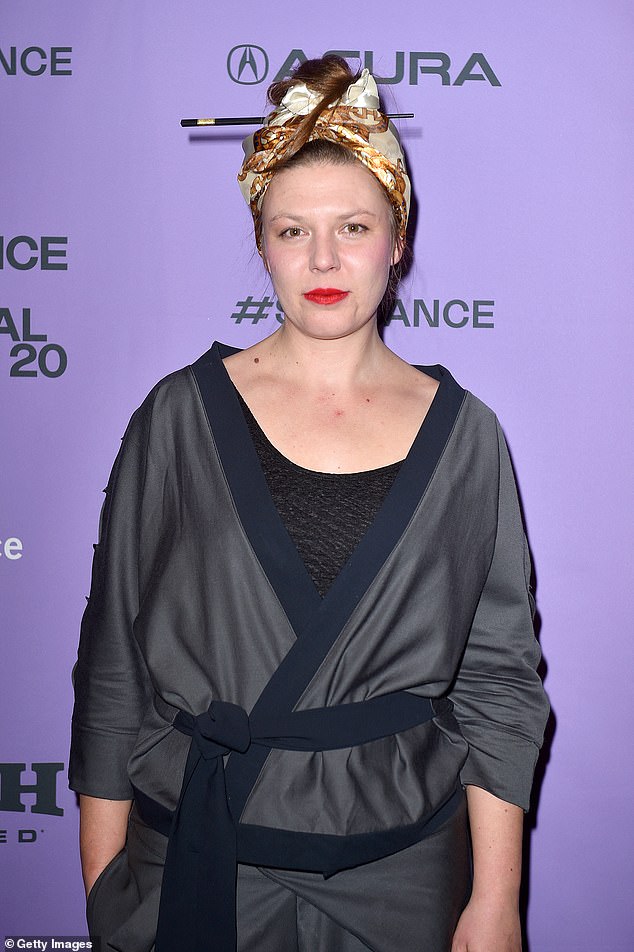 Kysilkova, who herself has endured an abusive past relationship, said she has always been ‘attracted to less comfortable issues of mankind’. Pictured at the Sundance Film Festival in Utah in January

‘[Nordland is] not the best citizen, but I really moved that all away and let him come to me. And he let me come to him,’ she told Observer.

‘I told him that this movie would be an amazing chance to tell the world what happens when we get rid of the prejudices and we just approach each other human to human.’

The Painter and the Thief opens in virtual cinemas and digital platforms including iTunes, Fandango Now and Google Play on May 22. Visit the website for more details: https://neonrated.com/films/the-painter-and-the-thief