Prime Minister Scott Morrison was “sickened” by the alleged rape of former Liberal staffer Brittany Higgins, declaring “Parliament should be setting the standard” for workplace culture in Australia.

And Mr Morrison says he is “very upset” by claims from a second woman that she was sexually assaulted late last year, allegedly by the same former Morrison government staffer. 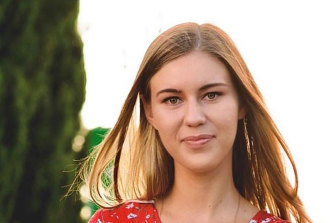 Brittany Higgins will go to the Australian Federal Police about her alleged rape in Parliament House.

Special Minister of State Simon Birmingham has been charged with putting together a bipartisan review of Parliament House’s workplace culture, one of four probes underway. Sex Discrimination Commissioner Kate Jenkins, her predecessor Elizabeth Broderick and former Democrats senator Natasha Stott-Despoja are among the names that have been suggested to lead the review.

Liberal MP Celia Hammond has asked to examine how to improve Liberal Party culture, senior public servant Stephanie Foster is examining how to build a new structure to handle complaints and Mr Morrison’s department chief Phil Gaetjens has been asked to examine the details of what and when staff in the Prime Minister’s office knew of the incident.

Mr Morrison said Mr Gaetjens probe had not concluded and he would not pre-empt those findings. A text message was disclosed on Friday that suggested Ms Higgins had alerted a staff member in the Prime Minister’s office on April 3, 2019, days after the alleged rape. The Prime Minister has said he only learned of the alleged incident when it was made public.

The Prime Minister’s chief of staff, John Kunkel and another adviser, principal private secretary Yaron Finkelstein, knew of an incident involving Ms Higgins in the days after, but no files or messages have emerged to show they knew it was an alleged rape.

Defence Minister Linda Reynolds and her then chief of staff Fiona Brown were made aware by Ms Higgins of the alleged rape and both encouraged her to go to the police. Ms Brown now works in the Prime Minister’s office. Mr Morrison has admonished Senator Reynolds for not disclosing the incident to him.

Opposition Leader Anthony Albanese said it had been a “deeply distressing week and for Brittany Higgins she has just shown extraordinary bravery in coming forward” and that claims of a second incident were “quite shocking”.

“Quite frankly, it is beyond belief that the reported sexual assault [of Ms Higgins allegedly] happened just metres from the Prime Minister’s office,” he said.

“Ms Higgins deserves answers. She has been extraordinarily brave in the way that she has acted this week.”

The Australian Federal Police have been contacted for comment.