Before the ink is dry! Jilted lovers share the hilarious ways they covered up tattoo tributes to their exes

Heartbroken lovers have shared the genius ways they have covered up tattoos that were dedicated to their former flames.

Fortunately, the resourceful souls from around the world managed to hide the names of their exes underneath some rather creative new tattoos.

Taking to BoredPanda, users compiled their favourite into a photo gallery – and it makes for hilarious viewing.

One angry ex changed ‘Mary’ into ‘Marge’, complete with a sketch of the Simpson character.

Elsewhere jilted lovers crossed out the names of their former loves with permanent ink, in a fascinating collection of adapted inkings. 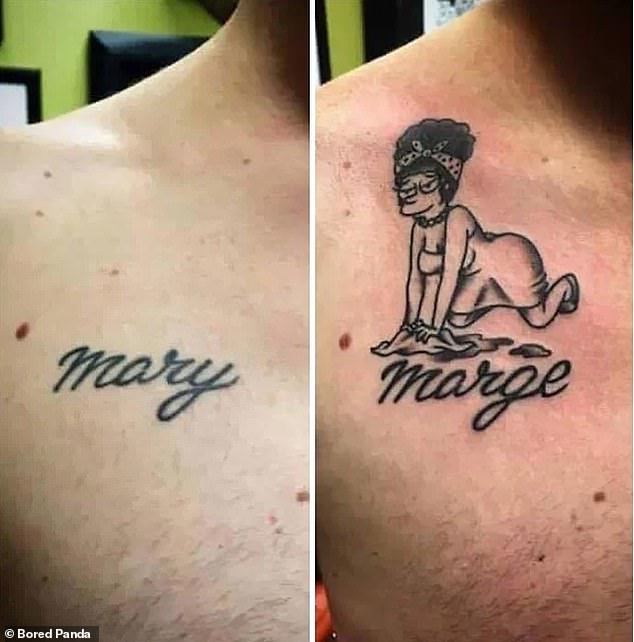 Heartbroken lovers have shared the genius ways they decided to cover up tattoos that were dedicated to their former flames. This inked spite lover had to be creative when it came to erasing the memory of his ex, Mary, from his chest – who turned into Marge Simpson 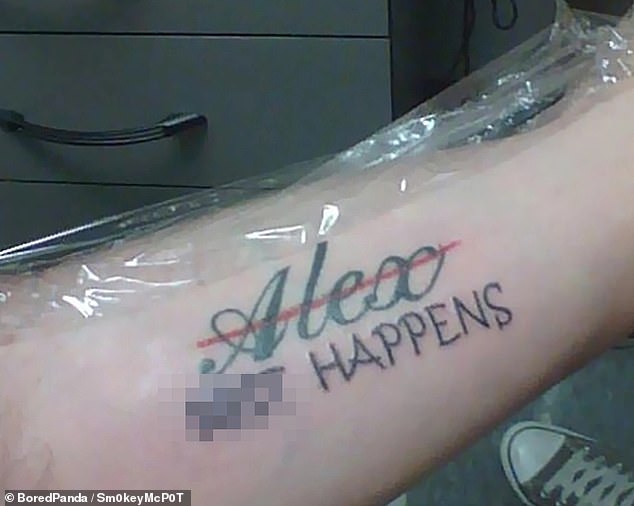 Brutally honest! This tattooed ex-lover decided to show off their break-up, striking the name of their former flame with a red line in permanent inking and writing ‘s*** happens’