Break ups are never a fun experience and many people choose to keep contact with their exes to a minimum.

Unfortunately, sometimes alcohol, nostalgia or simply a slip of the thumb means you end up sending a message to a former lover – with embarrassing results.

Ebaumsworld.com has shared a selection of toe curling exchanges from people around the world that are guaranteed to leave you cringing.

One sent an offensive sweary message to their former love, followed by the desperate plea, ‘come over’.

Another admitted to making a spelling mistake in their message and was told: ‘dating you was a mistake’.

From the harsh to the hilarious, these messages prove why avoiding contact with a former partner is usually for the best. 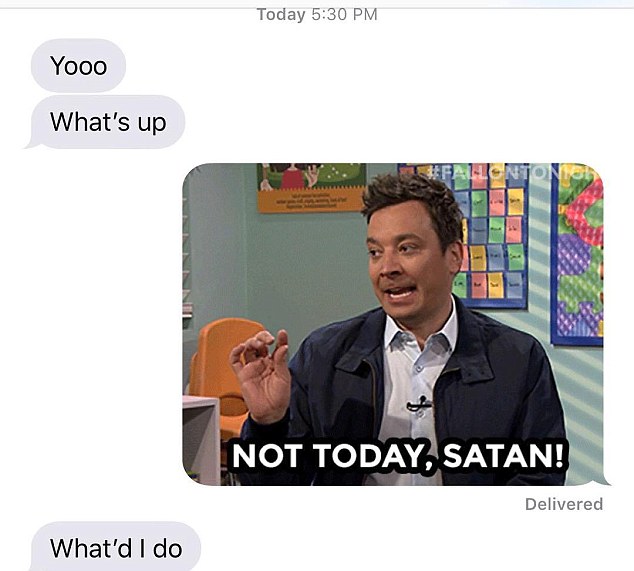 Parting is such sweet sorrow! This person had a surprise when they tried to get back in touch with their former partner and ended up being compared to the devil 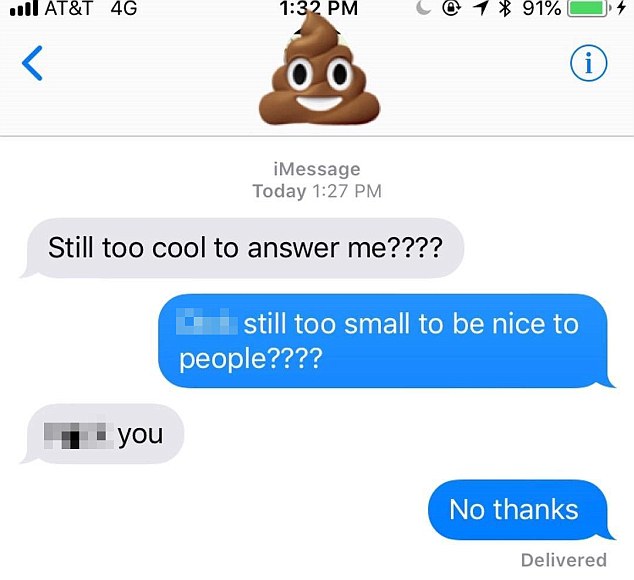 Let’s not be friends? This man got a short shrift when he attempted to make contact with his former girlfriend, who made a rude comment about the size of his manhood in return 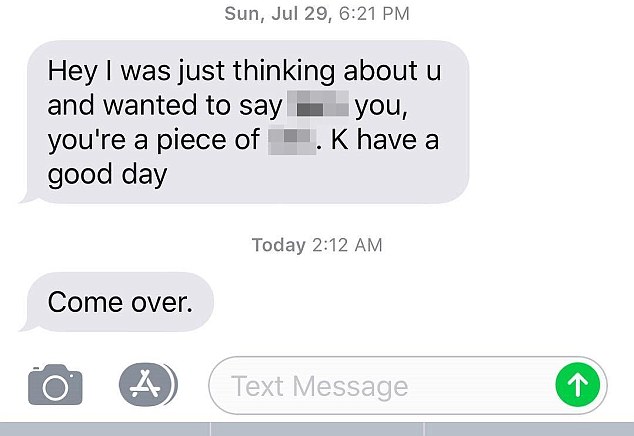 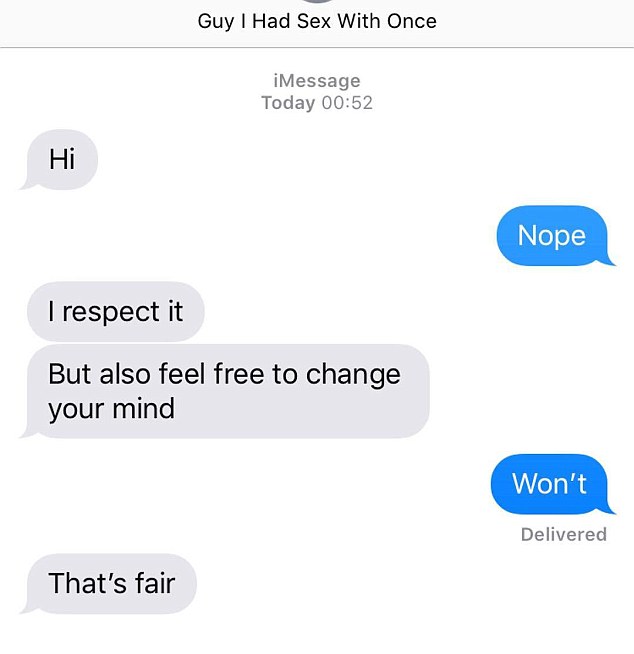 Keeping it simple: This woman had short shrift for a former fling who tried to come back into her life through text 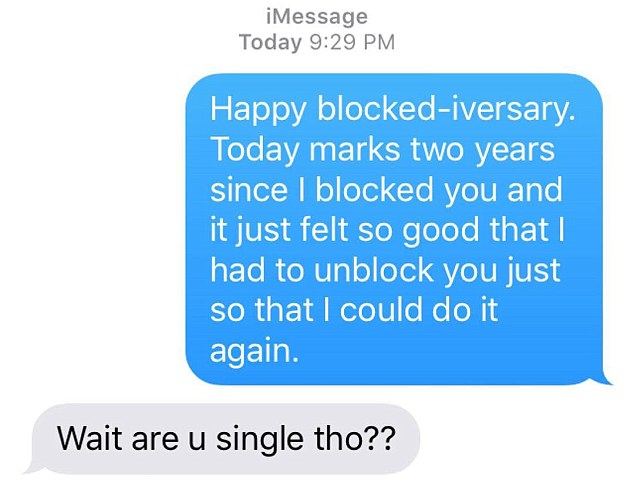 This person couldn’t resist texting their ex after blocking them for two years. They probably didn’t expect to receive such an enthusiastic response however 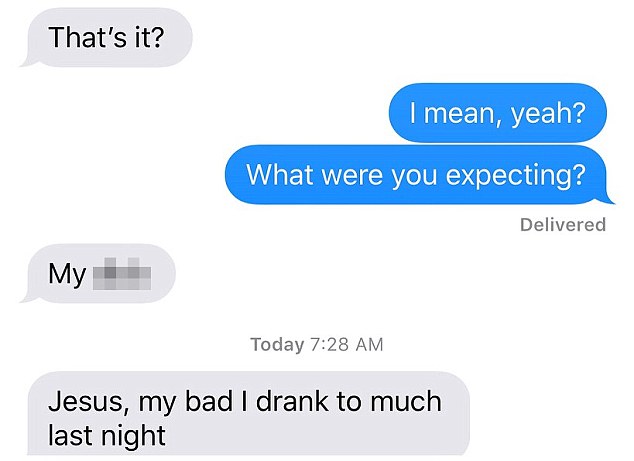 Alcohol can lead to a lot of uncomfortable situations in the morning, and this man clearly regretted texting his ex the night before 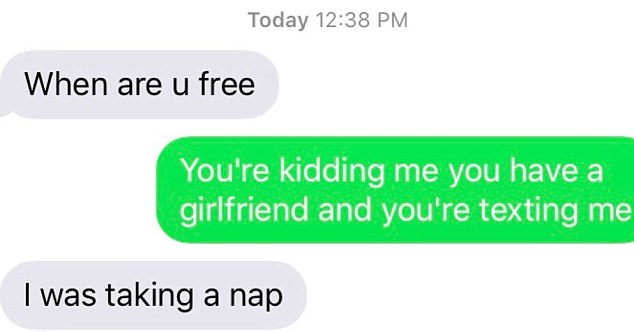 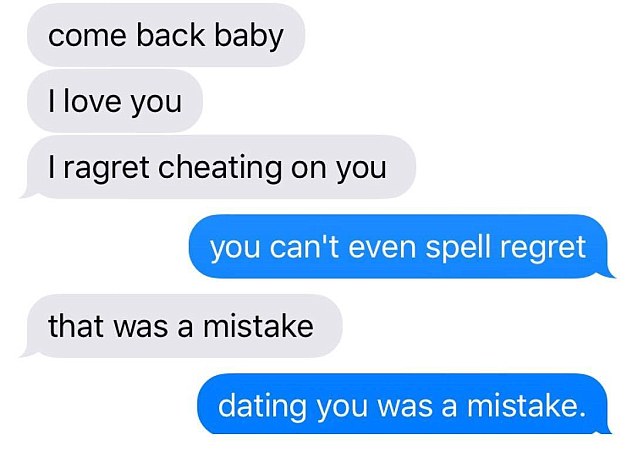 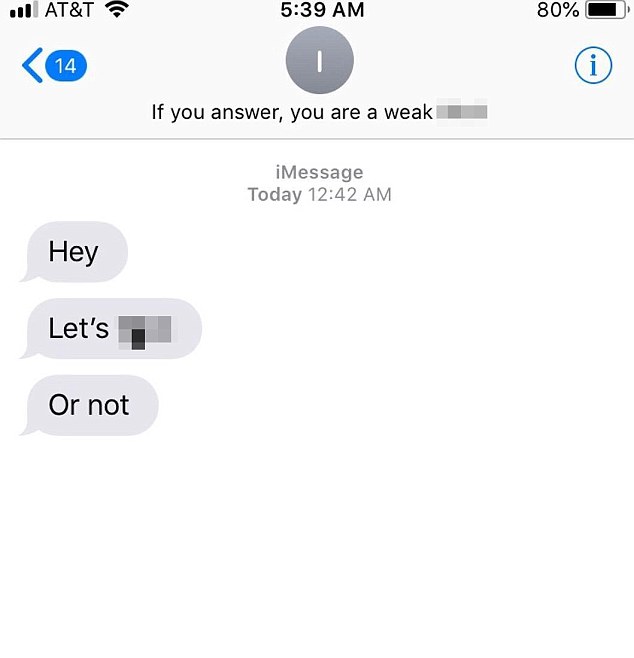 This text shows how a person avoided the temptation of responding to their ex, with the name of the contact serving as inspiration 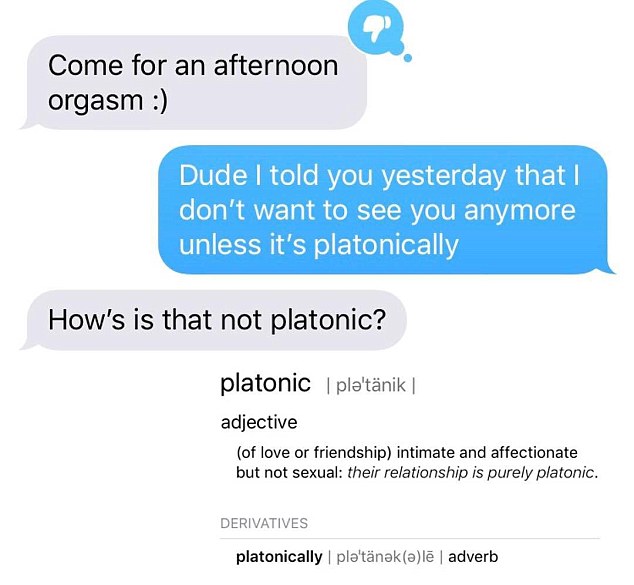 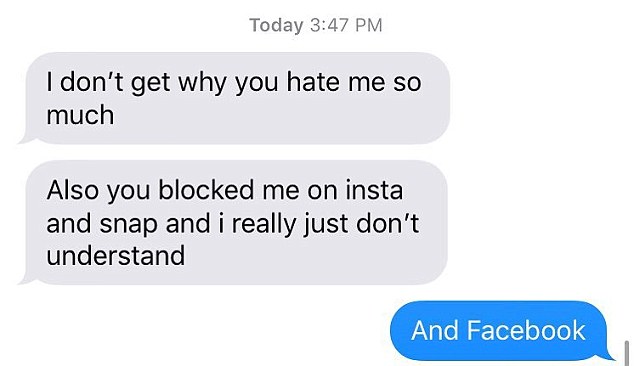