‘It was peachy being called Alexa until Amazon ruined my life’: People reveal why they hate their own names in a hilarious Twitter thread

When people make fun of your name it can be amusing, but it can also be a little annoying and embarrassing, not to mention frustrating, when you’ve heard the jokes countless times before.

That very problem prompted a British Twitter user called Annie to ask people to shared their stories, explaining that she’s constantly asked ‘are you OK?’ – in a nod to Michael Jackson’s Smooth Criminal Lyrics.

Her question struck a chord as she received more than 8,500 replies from people who have been teased about their names.

Thor Benson wrote how he is constantly asked about where his hammer is, a joke that references the Nordic god, while Patrick Swayne, has heard ‘every possible Dirty Dancing comment’ because his name is similar to actor Patrick Swayze’s.

Another source of discontent for many people was the popular Amazon assistant Alexa.

One woman said that she is now jokingly asked about things such as how big Mount Everest is, while another woman revealed how she’s always asked to ‘play Despacito’. 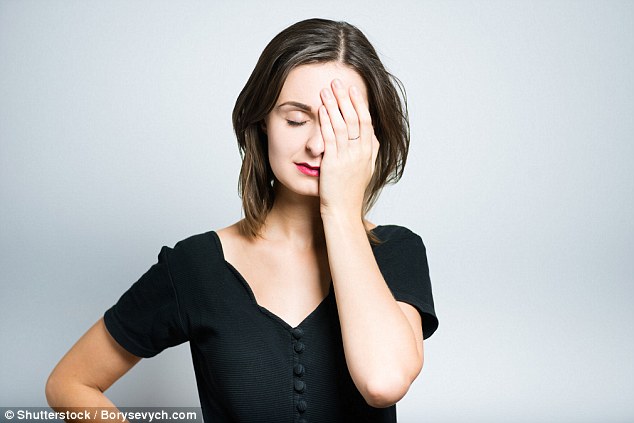 The thread was started by Annie, who said that she is constantly asked if she is ok – a reference to Smooth Criminal by Michael Jackson

Alexa Poletti jokingly wrote: ‘All was peaches until Amazon came along and ruined my life.’

One woman, named Ariana, said that she works at Starbucks and is always asked if her surname is Grande.

Another woman called April shared how people always ask her if that was the month she was born in, and jokingly blame her for April showers when it’s raining

Similarly, one woman revealed how her name Summer triggers a string of seasonal humour, and she’s commonly asked question is whether her sister is named Winter. 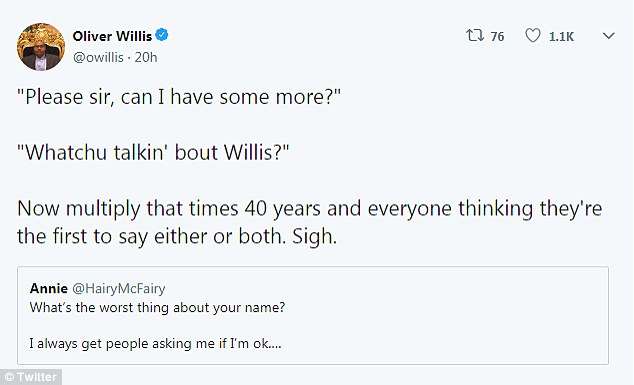 One user, named Oliver Willis, said both his first name and surname had been mocked dozens of times over 40 years.

For his first name, people would reference the Charles Dickens classic Oliver Twist and say: ‘Please sir, can I have some more?’

Some people also shared how difficult it was to get people to say their names properly at all.

One woman, named Niamh, revealed how someone had once prounounced her name as Gnome, but she decided just to ‘go along with it’.

Another Irish woman, named Emer, spoke about living in the UK and how people ‘refused to believe that she wasn’t called Emma’. 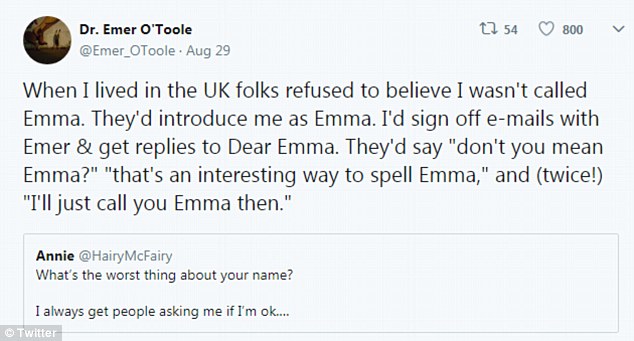