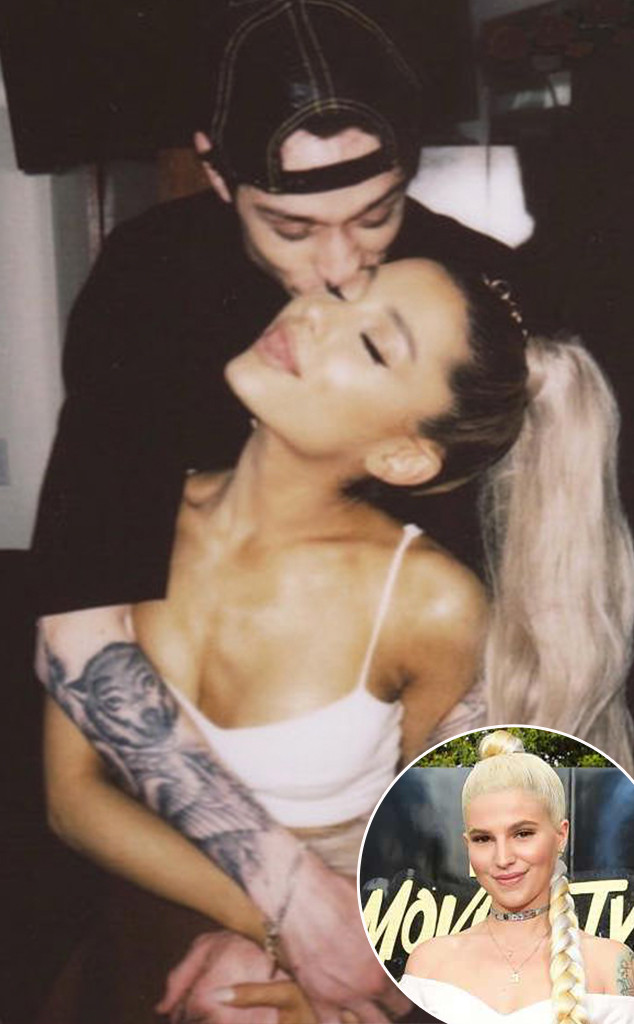 Just hours after news of his engagement to Ariana Grande broke, Aquilino posted a screenshot of a text conversation with a friend, who said, “I know I’m the 9 billionth person to text you today about this, but… I can’t.”

The Girl Code star captioned the shot, “My day in a text message.”

The two comedians dated in 2015, before Davidson’s public relationship with Cazzie David, which lasted about a year and ended in May. David has yet to comment publicly on the engagement 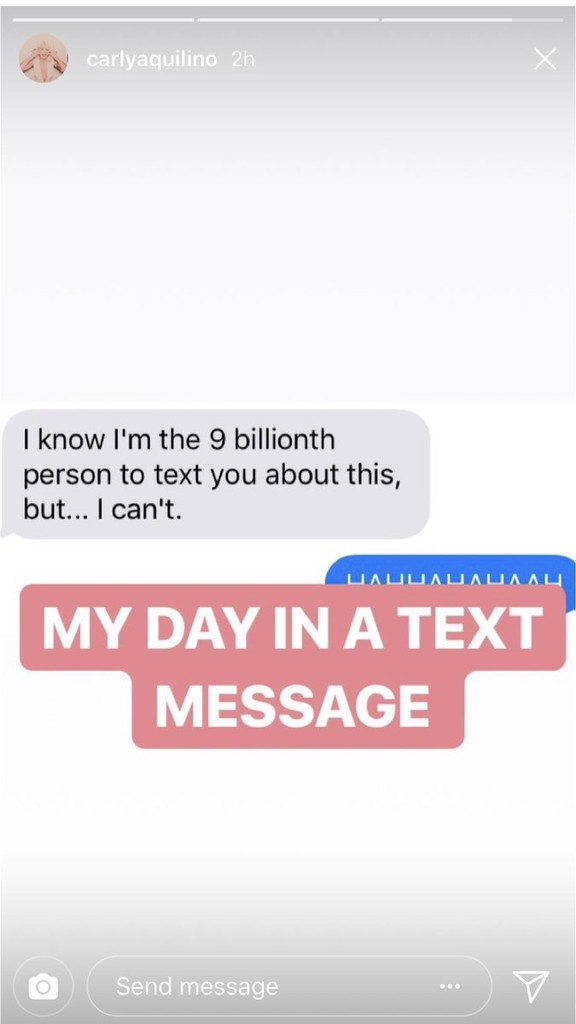 Carly’s last Instagram post with the Saturday Night Live star was at a celebration with friends back in February 2015.

Aquilino isn’t the only one shocked by the couple’s quick engagement. The stars, who announced their relationship only two weeks ago have had a whirlwind romance. What started as reports of casual dating soon became flirty Instagram comments, public gushing, and of course, an engagement.

Just last night, the couple celebrated the big news with a trip to the happiest place on Earth. With happiness like theirs, it’s going to take a lot more than a few haters to tear the pair down.