PETER HITCHENS: The everyday signs that reveal how ounce by ounce, inch by inch, we have ALL hastened the erosion of England

How do you tell that a country has died? I would say that the moment comes when its people no longer even know that they have lost their culture and their history. They simper vacuously at those who have swindled them, amid the ruins of their inheritance, not even aware that they have been robbed of it. Some people will dismiss the clear, specific evidence I offer for this as trivial, but I will explain why it is not.

I knew Britain was irrevocably dead a few summers ago, as I rode my bicycle through the quiet, largely unspoiled counties between Oxford and Cambridge, a day’s journey I make from time to time to search for the national pulse.

Among these quiet fields and small hills, John Bunyan walked and dreamed of his Pilgrim’s Progress. But I doubt if one in a thousand now living in these parts has even heard of the great English book that once stood, well-thumbed and closely known, next to the Bible on almost every cottage bookshelf. 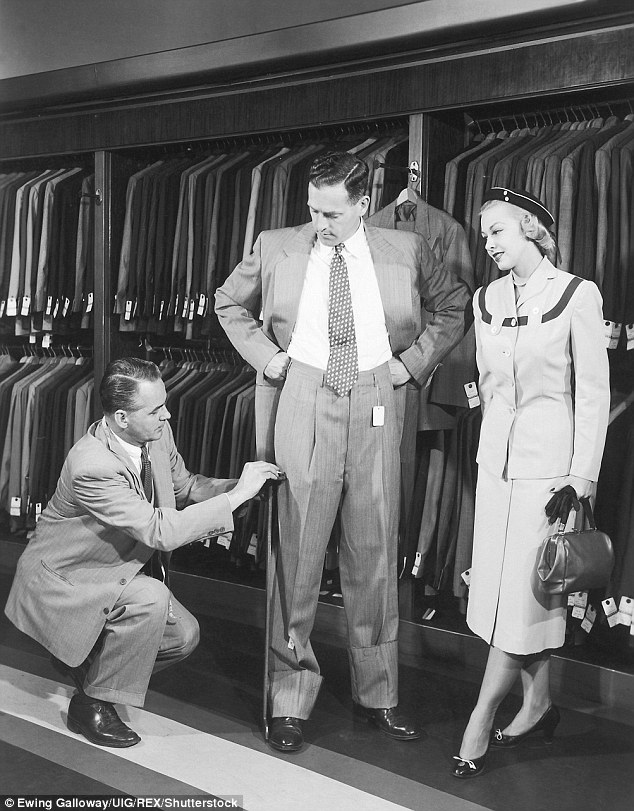 How do you tell that a country has died? I would say that the moment comes when its people no longer even know that they have lost their culture and their history, says PETER HITCHENS

The hills and fields are still more or less there, though there are much-touted plans to despoil this plain, unspectacular but remarkably unwrecked region with a growling ‘Expressway’ and many acres of ugly new houses. But England (and so Britain, whose foundation is England) is not there.

Here is a sign that I found especially telling: by the roadside in the August sun were little stalls with handwritten signs, urging passers-by to purchase locally grown fruit and vegetables. They were priced by the kilogram. This could not have been done out of fear of the law. No enforcement officer or policeman would have reported or threatened the sellers had they mentioned pounds or ounces. I doubt it made much commercial sense either. Most of the likely buyers would be more familiar with customary measures.

Yet here in the smiling, seemingly unchanging countryside they were, probably without a second thought, using measurements which were new to them and which their forebears would have found utterly alien. Why?

I suspect that those involved had been badgered so much that they had simply given in to them, not caring one way or the other nor thinking it mattered. This seemingly small surrender indicated a general failure to care, a wider willingness to be overborne in thoughts and habits of mind by the conformist power of the electronic inferno which has replaced individual thought, inherited tradition, memory and education.

My instincts revolt against the shiny, efficient, ugly and stone-cold metric system. I imagine it being imposed upon me by an occupying power with disdainful decrees and the official smashing and forgetting of English measures.

Such an event would of course have meant that pounds and ounces, inches and feet, chains and furlongs were used ever afterwards in all private transactions, and became a symbol of resistance in themselves. But as with so many other aspects of our lives, they were destroyed with slow subtlety and cunning, and resistance is left to a few eccentrics, such as I am, fuming hopelessly against a loss nobody else can see.

There are reasons to care, which I will now explain. For this seemingly minor change in our lives explains, and touches on, so much else.

Firstly it matters to me because it matters to my enemies. You might say that there was surely no real need for the prosecution, in 2001, of the Sunderland greengrocer Steve Thoburn, for selling bananas to a customer by the pound. No dishonesty was alleged and none had taken place. Yet the whole weight of law and State were mobilised to compel him to conform. Why, if it is so trivial, could he not have been left alone?

Mr Thoburn’s customers preferred and understood British measures. Yet Mr Thoburn (who I met and liked, and who has since died unpardoned) was made to stand in the dock and was fined for his action. His attempts to appeal, supported and argued by distinguished lawyers, were refused.

And from that day, in my own life, I found the market traders who had cheerfully sold me coffee and meat and fruit by the pound were suddenly reluctant to do so and insisted with wooden faces that I must buy in kilograms or grams.

Mysteriously, the BBC and several newspapers have also for some years sought to use the metric system either exclusively or as the main measure, even though the law doesn’t oblige them to and most of their listeners, viewers and readers are more familiar with customary English measures.

As the BBC are shockingly immune from most Freedom of Information queries, I have been unable to establish if (as I suspect) this is a directed policy. What else could explain it?

In agricultural programmes, straw-chewing ancients brought up amid barleycorns, furlongs and chains, speak in recorded interviews of hectares and metres, as if they have been coached and corrected. I don’t think anyone over 40 uses metric measurements naturally.

If, on social media, I point out (as I have done) that man went to the Moon in feet and inches (as he did), that Europe was liberated from Hitler yard by yard and mile by mile (as it was), while the fences of concentration camps were measured in metres and the rations in the gulag doled out by the gram and the litre (as they were), it takes days for the abusive fury of the metricators to die down. The supporters of this change do not think it is unimportant at all. And I share their attitude. Such things matter greatly.

For, as I hinted with my remarks about liberation and gulags, this is about much more than familiarity and beauty, though they are not small things. The names of English measures are real English words. You can put them into poetry and literature, and they are at home there. Substitute the new measures for them (even inaccurately) and they look awkward.

For instance, Hamlet, Act 5, Scene 1: ‘Now get you to my lady’s chamber and tell her, let her paint a centimetre thick, to this favour she must come. Make her laugh at that.’ Or Matthew 5:41: ‘And whosoever shall compel thee to go a kilometre, go with him twain.’ Yet the alternative to such ugly and ill-mannered changes would be explanatory footnotes appended to some of the most fundamental passages in English literature.

That is the artistic explanation. The other is to do with liberty and law. Britain, alone in Europe, retained customary measures into the late 20th Century purely because it had not been invaded or revolutionised. They had survived because they worked, people were happy with them and there had been no reason to change them, though they were now different from almost everywhere else in the world.

The same could have been said (at the time) for jury trial, the true presumption of innocence, an unarmed police force and a hereditary House of Lords, all of them now lost and forgotten as well.

Nobody had the slightest difficulty in using them or making calculations in them, because at that time we still had schools where teachers had authority over pupils, rather than constantly seeking a negotiated accommodation with ‘students’, as they do now.

The measurements had another fascinating characteristic. They were based on the individual. A pound was what could be held in the hand. A pint was what a grown man might reasonably drink to quench his thirst. An inch was the top joint of a thumb, a foot was, well, a foot and a yard was a pace. A fathom of water was deep enough to close over a man’s head. They worked outwards from the human.

Metric measurements, by contrast, were based upon a (mistaken) calculation of the Earth’s circumference. They worked downwards from the summit of the state and cared little for the human.

In this, they are like the civil code of Napoleonic law, rules made by authority for itself, while customary measures resemble inconvenient common law, discovered by the people after centuries of experience of daily life and codified in free courts.

Yet once the metricators are finished – and our imminent departure from the European Union has not discouraged them at all – we will be like the barman in George Orwell’s Nineteen-Eighty Four, who tells the old man who asks for a pint of beer ‘Never heard of ’em. Litre and half litre – that’s all we serve. There’s the glasses on the shelf in front of you.’ Orwell, who personally favoured keeping the old measures for ordinary private transactions, knew very well what he was doing when he gave his nightmare state a decimal currency, a 24-hour clock and the metric system. 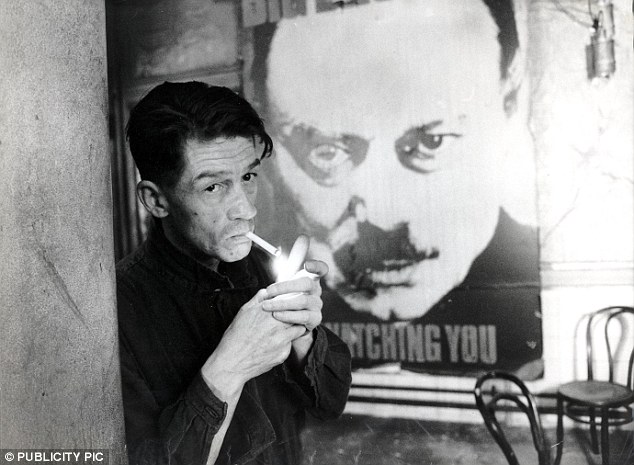 Orwell, who personally favoured keeping the old measures for ordinary private transactions, knew very well what he was doing when he gave his nightmare state a decimal currency, a 24-hour clock and the metric system, says PETER HITCHENS. John Hurt in a scene from the film

He recognised the heavy-handed, dictatorial nature of these things and their hostility to the private and the human. The scene in the pub is, in my view, the very heart of the book and a tremendous condemnation of our willingness, living in freedom, to let the past be destroyed and obliterated.

My only concern now is to ensure that others, in some unimaginable future, will be able to find at least one voice which will explain to them how one of the fairest, kindest civilisations ever to have existed on earth, uniquely free, astonishingly just and cleanly governed, should in so short a time have wasted its birthright and thrown away its gifts, and jeered at or ignored anyone who tried to warn against this course.