PETER OBORNE: If former Brexit Secretary David Davis had done his job we might not be in this mess

Theresa May’s formidable speech to the Tory Party conference barely two weeks ago ought to have put paid to all leadership speculation for the foreseeable future.

But, sadly, the knives are being sharpened again.

This time, it’s not Boris Johnson’s blade at the whetstone. The man putting an edge to his weapon is former Brexit secretary David Davis. 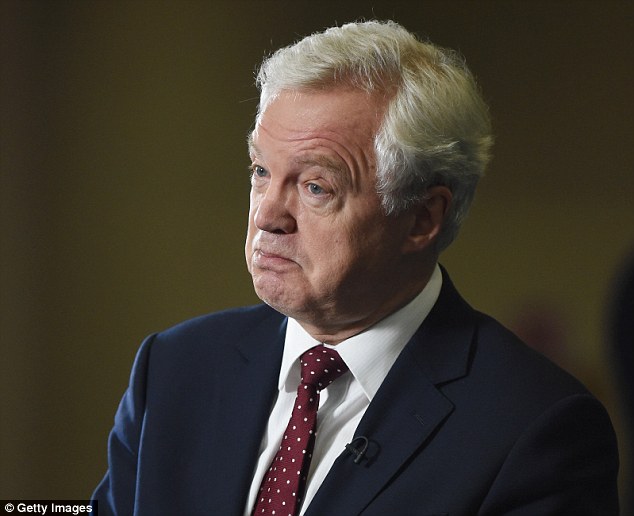 Treacherously, he accuses the PM of ‘incipient panic’ under pressure from Brussels and has called for a full-scale Cabinet revolt against her over what he portentously calls ‘one of the most fundamental decisions that government has taken in modern times’.

For good measure, he adds: ‘This week the authority of our constitution is on the line.’

This is high-blown claptrap.

In truth, what we are witnessing is not the British constitution under threat but one of the oldest and most familiar stories in politics: An old man in a hurry.

I know Mr Davis (who’ll be 70 in December) very well. He is a thoroughly decent man and an ornament to the House of Commons.

Unlike most MPs, he’s had experience of real life outside politics, both as a director of sugar giant Tate & Lyle where he worked for 17 years and as an infantryman in the territorial SAS. And unlike many Tory MPs, he’s had to make his own way in life, being brought up by a single mother and spending his early years mainly on a council estate.

He’s been touted as a possible future Tory leader ever since he was first elected MP when Margaret Thatcher was prime minister in 1987. Indeed, he stood as a leadership candidate 13 years ago.

But for all his many qualities, he lacks the record of substantial achievement in politics that is essential for someone with his experience who seeks the top job.

Indeed, Mr Davis is chiefly notable for his record of resignations.

To misquote Oscar Wilde: ‘One ministerial resignation may be regarded as a misfortune; two looks like carelessness.’

True, Mr Davis’s two resignations have always been on points of principle – but there have, nevertheless, been too many.

The most baffling occurred ten years ago when he was shadow home secretary – causing embarrassment to his boss David Cameron when he was leader of the opposition. He stepped down to fight a by-election over his anger over the then Labour government’s plans for 42-day pre-charge detention as part of its anti-terror policy.

Mr Davis’s most recent resignation was in the summer, in protest against Mrs May’s so-called Chequers plan for Brexit. His strop made headlines for a few days.

But as Brexit secretary he should never have allowed Mrs May to have got boxed into such a tight corner by Brussels’ Brexit negotiators.

He had originally been given the job by her in recognition of his role as one of the few Tory big-hitters who had campaigned for Brexit during the 2016 referendum campaign.

Suddenly, he was offered his chance to earn a place in history and put his own imprimatur on Britain’s departure from the EU.

I’m afraid to say he failed. Most shamefully, not only was he repulsed by Michel Barnier & Co but he was weakly shoved aside by his own pro-Remain civil servants.

Equally heinous, Mr Davis gave the impression of failing to master his brief. He was considered lazy – away from his desk too often, attending, for example, the Hay Festival to listen to feminist author Margaret Atwood. 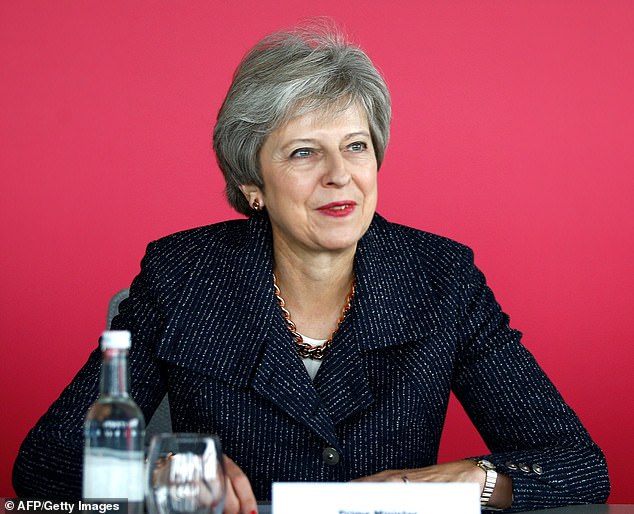 Instead of playing a central role in this country’s biggest and most important negotiation in 40 years, David Davis had allowed himself to be sidelined.

So why should Mrs May listen to such a man? Why should Cabinet ministers be expected to heed his call to rise against her and agree with his claim that failure to get agreement on a final trade deal would leave Britain paying £39billion to Brussels for ‘a pig in a poke’?

For all his bravado, Mr Davis doesn’t seem to have noticed that his far less experienced replacement, Dominic Raab – ironically a man who was his protege and his one-time chief of staff – looks much more at ease in the job.

If Mr Davis had true self-knowledge, he would not – as he did yesterday – criticise Mrs May for ‘accepting the EU’s language’ on the Irish border issue. The fact is that the minister in charge of negotiations at the time was none other than Mr Davis himself.

But such is the dishonest and disingenuous world of politics.

Over recent months, Theresa May has been forced to put up with treachery and betrayal from some Tory colleagues.

As we reach the Brexit negotiations endgame, she – and, more importantly, the British people – deserve better than to be subjected to the flouncing egotism of a man who palpably failed in his job to secure us an orderly and proper break from the European Union.