The wife of goalkeeper Peter Shilton revealed she contacted a betting company about his gambling addiction but received no help.

Steph Shilton, 53, who married Peter Shilton, 72, in 2016, revealed she flagged her husband’s user ID to a big gambling company she didn’t name and ‘begged them’ for help.

She and Peter told Holly Willoughby and Phillip Schofield on This Morning that the company were fully aware Peter had a gambling problem, but did nothing to help him.

Peter, who quit gambling six years ago, admitted he didn’t know the total amount of money he lost during his years of compulsive betting, but said he had lost £800,000 to betting company Betfair alone and that the final tally could reach millions.

The couple. who cowrote Saved: Overcoming A 45-year Gambling Addiction, which is published next week by Ad Lib, called for more regulations to be put in place so that people like Peter wouldn’t get sucked into gambling.

The segment was ‘eye-opening’ for viewers, who agreed more must be done to stop people from getting into gambling. 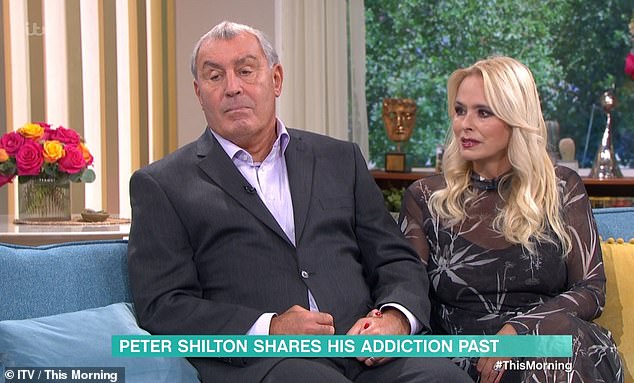 Peter Shilton, 72 and his wife Steph, 53, pictured, discussed his gambling addiction with Phillip Schofield and Holly Willoughby on today’s This Morning

Steph first found out the extent of Peter’s addiction by looking over his bank statement six years ago while he was on a trip to India.

She admitted she felt ‘sick’ and had a panic attack after calculating he had lost £18,000 in just a month.

‘When I found the bank statement, in pure desperation, I’d even emailed the betting company, gave them his user ID, and begged them for help,’ Steph said.

‘So they were fully aware but didn’t put any markers on his account, they didn’t action at all,’ she added.

Peter agreed the lack of regulations on the advertisement of gambling was a worrying problem in the age of smart phones.

‘The amount of advertising is unbelievable,’ he said. ‘Since 2005, they have been given carte blanche, really.

‘I just think it’s gone like a rodeo, it’s out of control,’ he said.

‘We’ve dealt with gimbling companies and they’re ruthless. They’re only interested in getting people’s money.

‘There needs to be more regulation, more responsibility, monitoring what people can afford,’ he said. 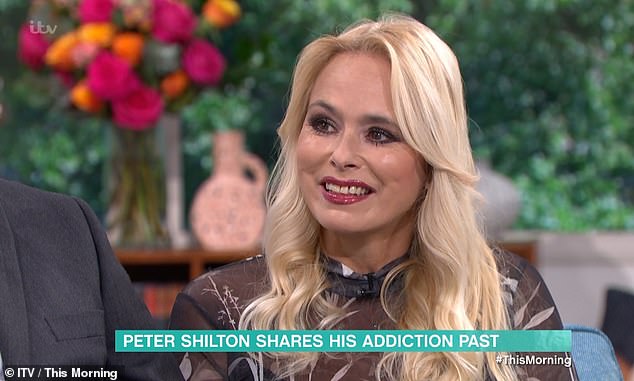 Steph, pictured, who discovered Peter was an addict by looking over his bank statement, said the day he decided to quit was the ‘greatest day’ of her life

He also called for gambling apps and websites to stop offering people ‘free spins’ to get them playing.

‘These “free spins” have got to stop, because it entices people,’ he said.

He added pop-ups adverts for gambling sites and apps were also dangerous.

‘We know somebody that quit and then went abroad, got these pop-ups, lost all his money in a day and committed suicide,’ the former pro footballer said.

‘The public don’t realise, under the surface, how bad the problem is getting, especially with children,’ he added.

The footballer said there was a ‘big epidemic of gambling’ plaguing the country and that several people who didn’t know how to quit had taken their own lives out of desperation.

Talking about his own addiction, Peter said Steph had played a vital part in getting him to quit.

The sportsman said he believed he had lost millions after getting addiction to horse racing, and would gamble everyday. 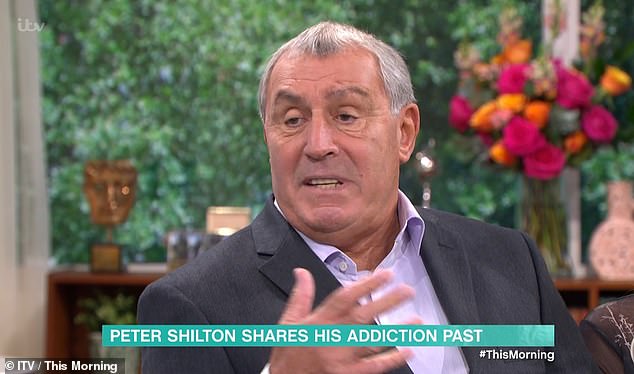 The former footballer called for more regulations, and said pop-up ads and ‘free spins’ for gambling companies needed to stop 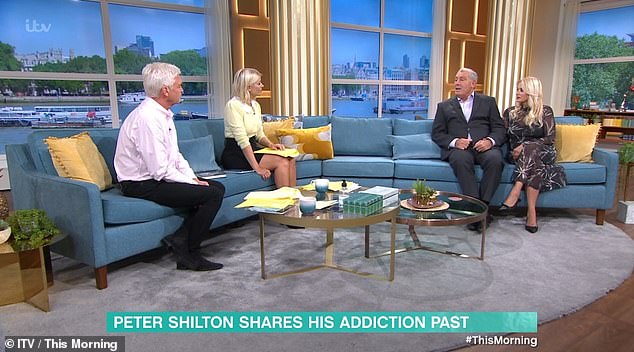 The couple have published a book on their experience of Peter’s addiction and told the two hosts, pictured, they hoped it would help other people how are struggling with addiction

Peter said that gambling had become worst since the introduction of the internet, stating ‘within a hour you can lose a fortune.’

He said the fact gambling had become so ‘accessible’ was part of the danger.

The coupe wrote their book in hopes of showing other gambling addicts it was possible to overcome the addiction. 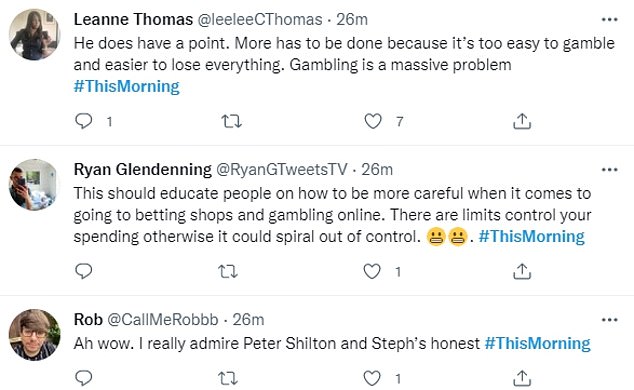 Steph also said she hoped it would help loved ones from addicts as well.

‘That’s why I’m so passionate about what we decided to do with the book,’ she said, adding she had felt like she was ‘living a secret life’ because she had not been able to talk to anyone about Peter’s addiction.

‘You’re the silent victim as much as the addict is as well, you’re definitely affected by it,’ she said.

‘It was such a big moment when he quit, it was one of the greatest moment of my life,’ she added.