Instead, we’ve entered a much more exciting moment where anything goes. A new book from Phaidon explores the most dynamic interiors firms around the world. 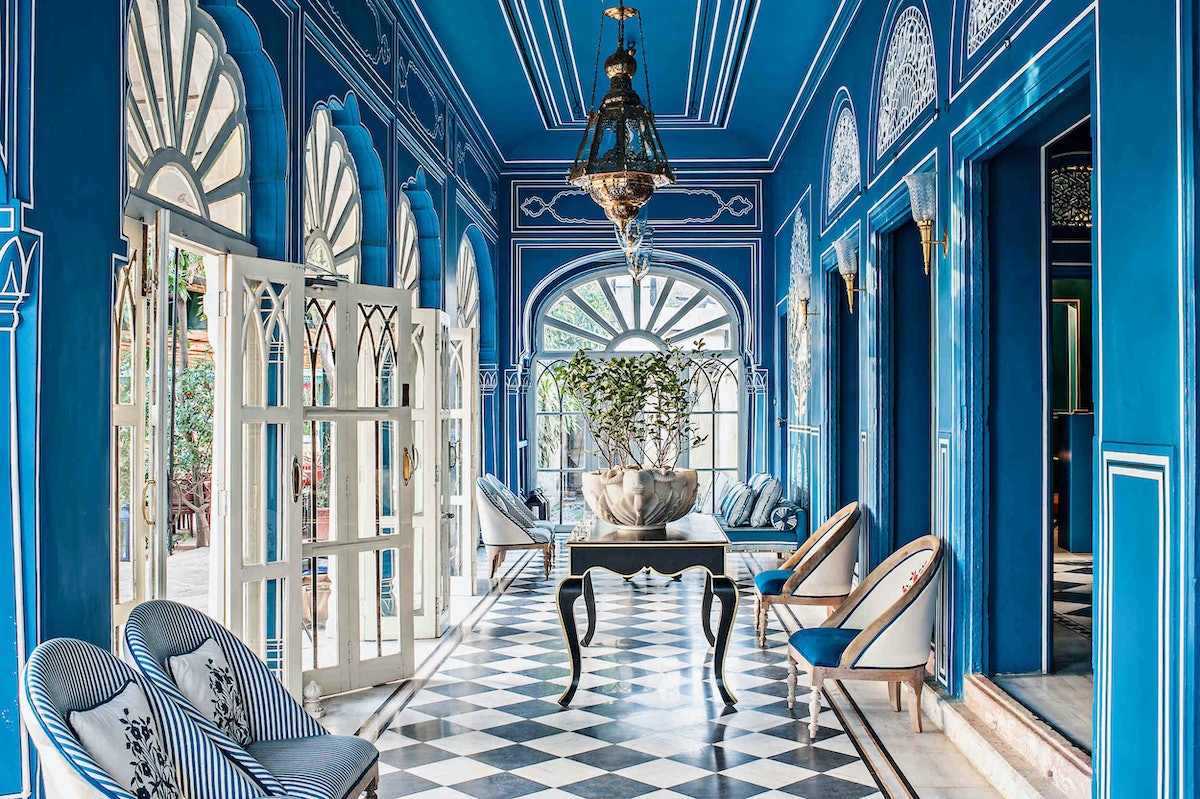 The flat and flavorless interior design trends of decades past have officially exited the building, according to the design editor Billy Norwich.

Thankfully, we’ve left behind this blandness and emerged into a much more exciting architectural era, in which personal taste—informed by real-life travel as much as it is by the ability to trawl through Pinterest and Instagram—reigns supreme. “The new international style is all about a global mix of influences,” says Norwich. “A little Eastern, a little Western, a little cowboy, a little Paris fancy, a little British chaise—all of that can exist in one environment.”

By Design: The World’s Best Contemporary Interior Designers (out this week from Phaidon and introduced by Norwich) is about as close as it gets to an encyclopedia of the current state of interior design around the world. It’s both a beautiful coffee table book and a useful reference tool, whether you’re looking to hire one of the decorators featured to renovate your mansion or just need some ideas for ways to spruce up your studio apartment.

To pull together the dynamic list, Phaidon reached out to a network of dozens of tastemakers and design experts—including Cabana editor in chief Martina Mondadori, the writer Amy Fine Collins, the stylist Mieke ten Have and the photographer Miguel Flores-Vianna—to nominate the studios they felt were making the most original, impactful work today. The only criteria: designers featured had to be currently working and have made work since 2015. Other than that, they could work in any style or be at any stage in their career. Some nominators focused on sustainability, others made their choices based on comfort, newness, relatability or innovation.

The designers featured hail from established design hubs like Milan, London, Hong Kong, and New York, as well as up-and-coming hotbeds like Amsterdam, Sydney, and Los Angeles. Readers have the chance to peek at projects by established names like Rafael de Cárdenas, Tom Scheerer and Bunny Williams, as well as to discover lesser-known talents like the New York-based Young Huh and the London favorite Beata Heuman. Even the Call Me By Your Name director Luca Guadagnino, who has designed private homes as well as stores for the skincare brand Aesop, made the cut.

I asked Norwich what, aside from an abandonment of beige cookie-cutter style, is fundamentally different about the luxury spaces that are being designed today versus 30 years ago. Are there any truly new innovations that have changed the way we interact with space? It’s not so much about a look or a new technology as it is about process, he says: The most talented thinkers are repurposing materials and thinking about sustainability in totally new ways, like the reclaimed terra cotta tiles found in abandoned homes by the Shanghai firm Linehouse. (Although, Norwich quips, “the rich always used to say that buying antiques at auction was environmental.”)

And when it comes to trends or pinpointing one definition of “good taste,” you can forget about it. “Everyone is allowed into the party,” Norwich says. “It used to be in design that there was a clearly defined ‘right’ and ‘wrong.’ In the old days, people would be appalled by something. I don’t think people are appalled anymore. In a way, anything goes.”

“Anything, as long as it has interest and rigor, is worthy of our attention,” he adds. “The era of edicts is over. It’s all a matter of opinion and pleasure.”