Sign of a good sense of humour! Snaps reveal VERY witty notices that will grab your attention – from a pub advertising itself as ‘3D Tinder’ to a hilarious table holder for a group of old regulars

These hilarious signs are funny enough to stop you in your tracks.

From a pub offering ‘3D Tinder’ to a café saying it’s ‘all or nothing’ as it tells diners to either ‘get naked or wear a mask’, DeMilked has collated some of the funniest notices shared online around the world.

In a bid to boost vaccine uptake, one clever vet in Australia wrote on their noticeboard: ‘Dinosaurs never had vaccines and look at them now.’

Meanwhile, a sign in Lithuania left little to the imagination when suggesting they will video you urinating if you do so on their beach and put it online.

Here, FEMAIL shares a selection of the best examples… 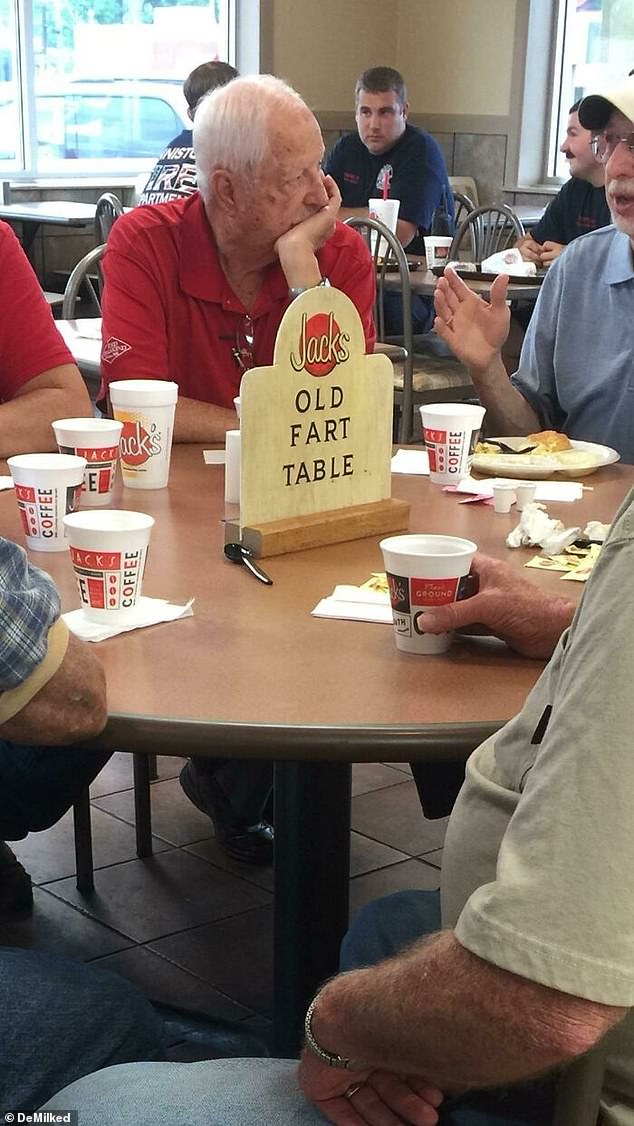 Adorable! This cute sign was placed on a table for elderly regulars at a Jack’s restaurant in the US 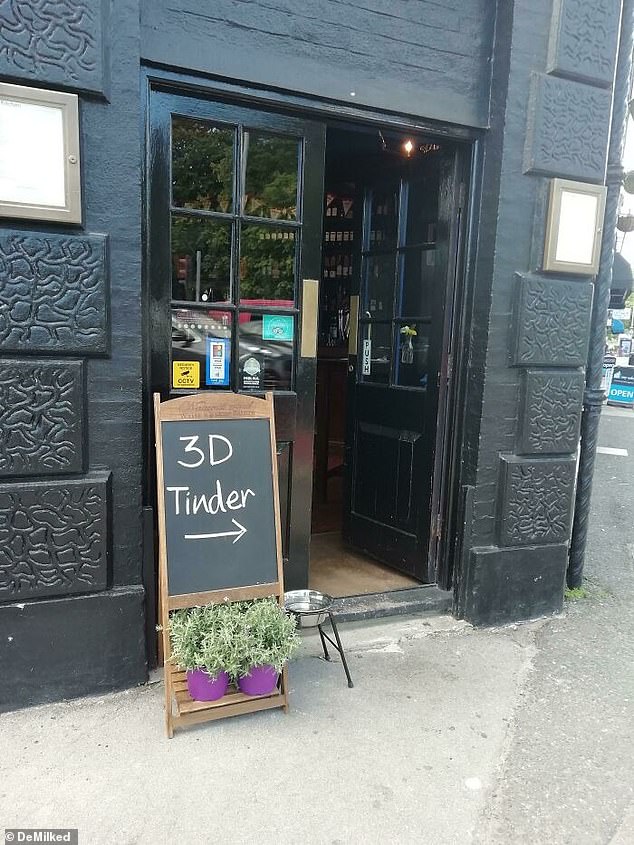 One UK pub used a joke based on a dating app as a way to get punters to come into their bar, offering ‘3D Tinder’ 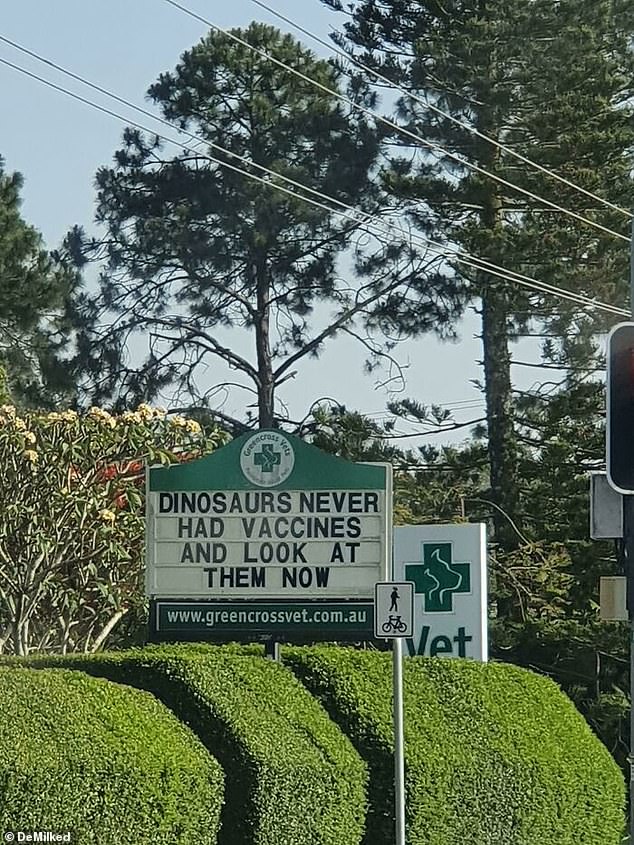 In a bid to boost vaccine uptake, one clever vet in Australia joked that dinosaurs ‘never had vaccines’ and were now extinct as a result 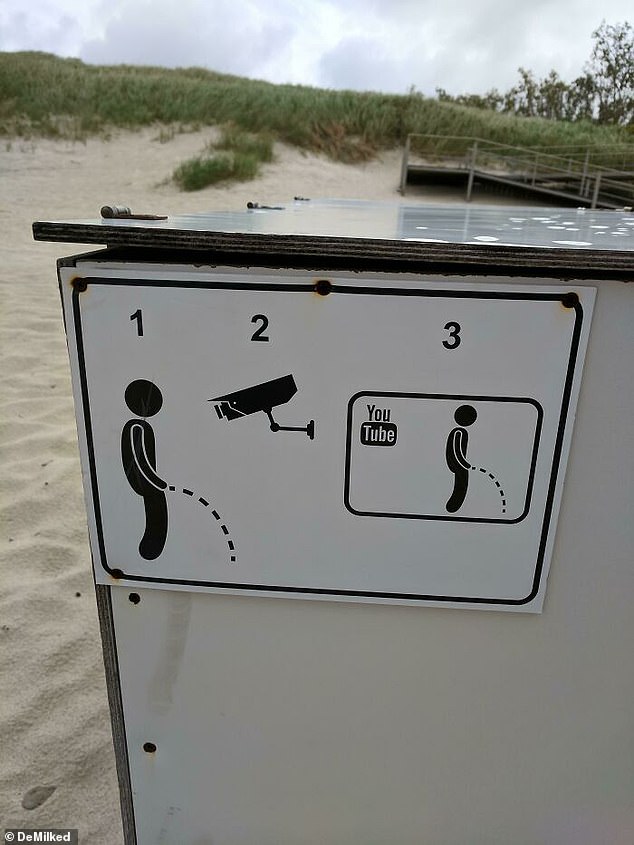 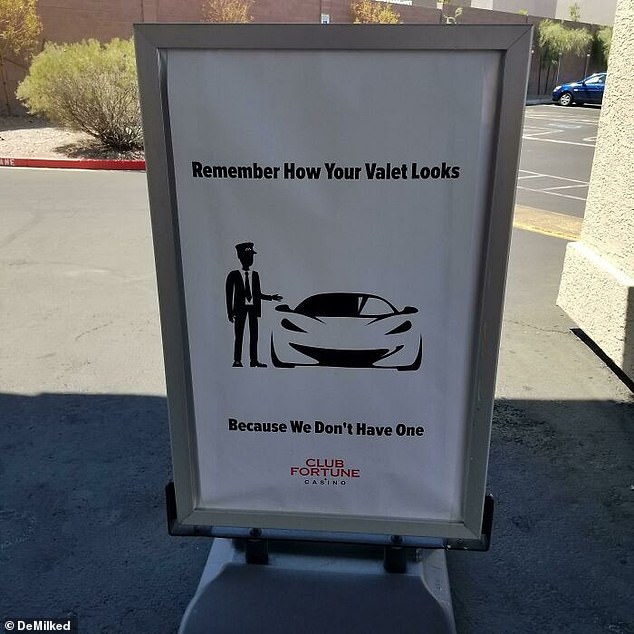 ‘We don’t have one!’: This casino in Henderson, Nevada, found an amusing way to tell its customers that it didn’t have a valet 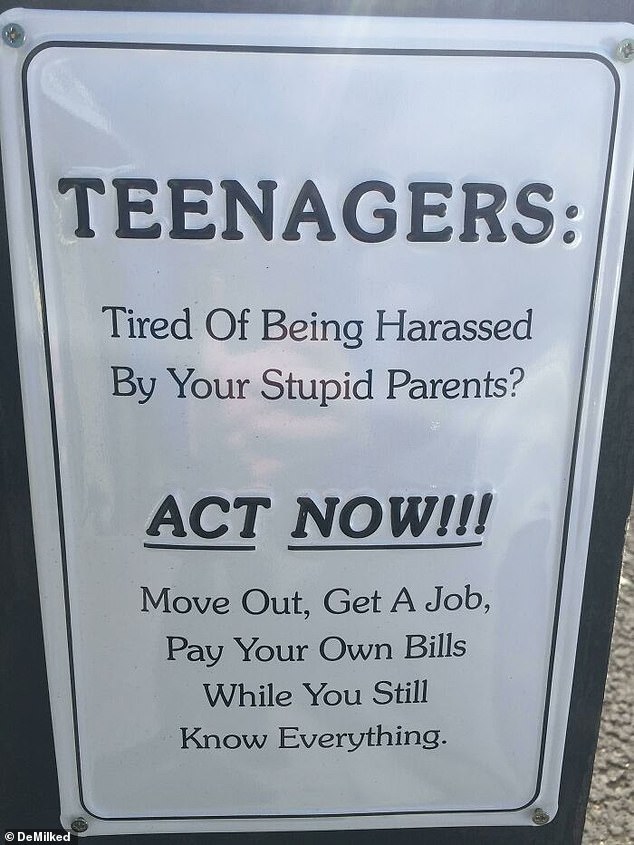 Listen up! This metal sign tried to prompt lazy teenagers to ‘act now’ and make their own way in the world 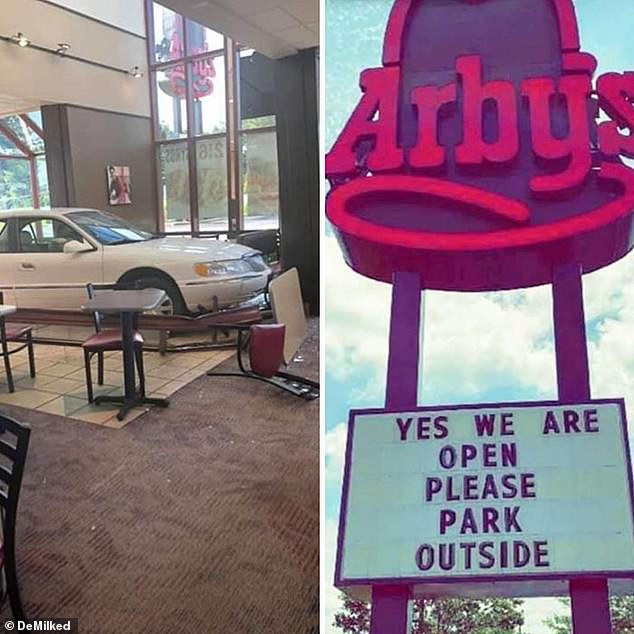 ‘Please park outside’: The staff at this Arby’s in Jasper, Alabama, had a sense of humour after a car crashed into their shop, the next day putting up this sign 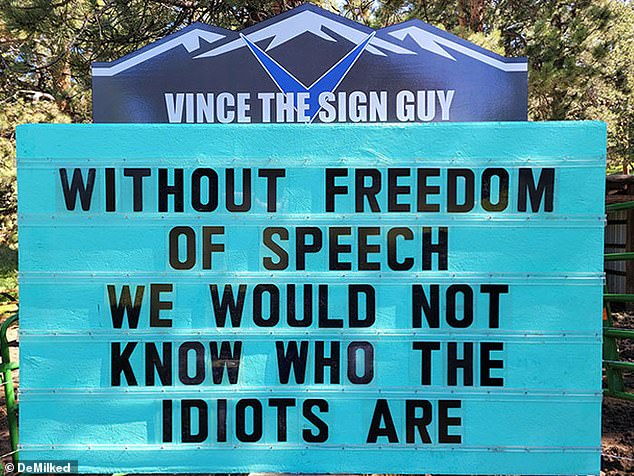 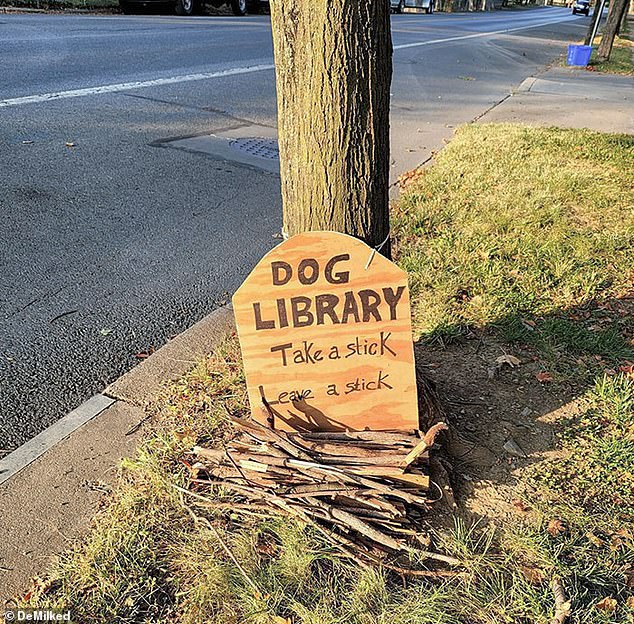 Who’s a good boy? One ingenious dog lover in America created a stick exchange for dogs to entertain them 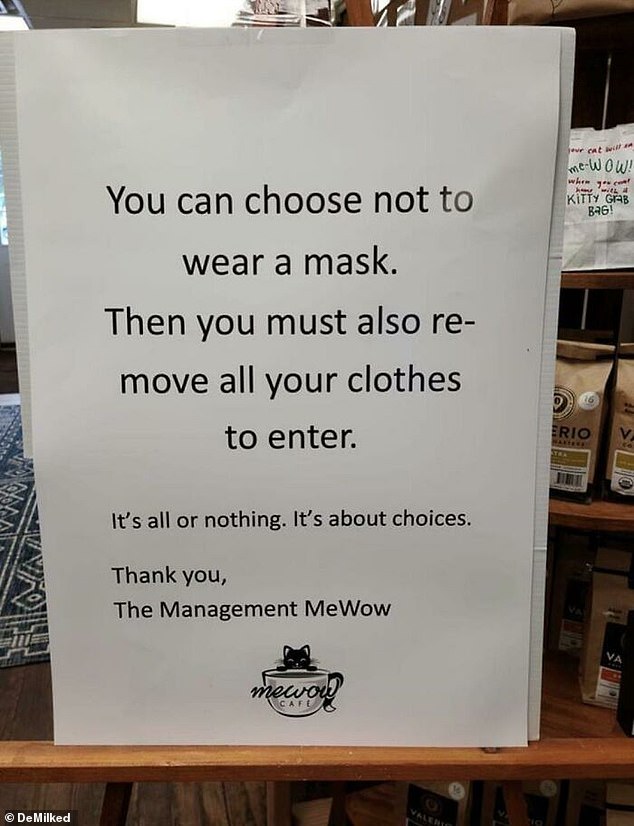 This cat café in the US had an interesting way of telling people they had to wear a mask during the pandemic, saying it’s ‘all or nothing’ as it told diners to either ‘get naked or wear a mask’ 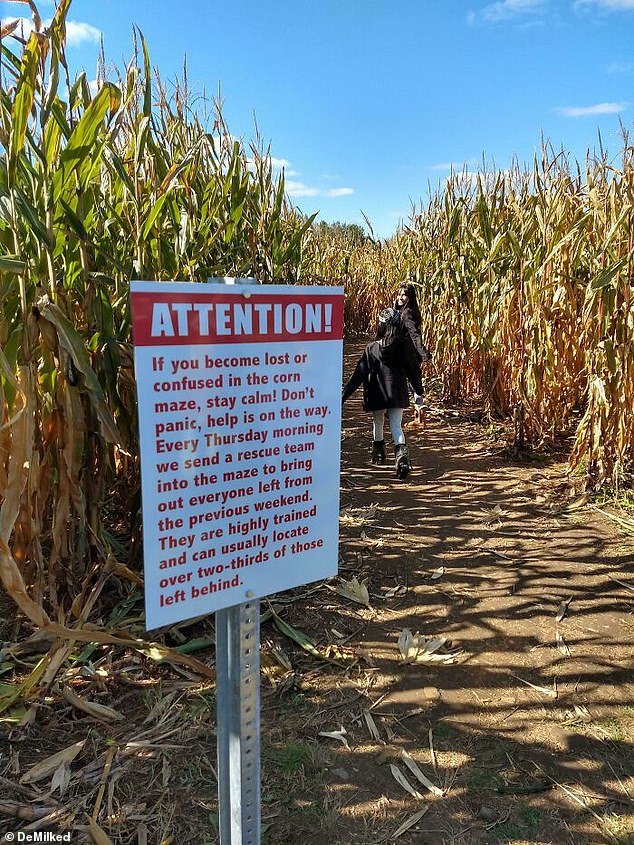 What a warning! This corn maze included a hilarious sign to tickle the humour of people venturing into it 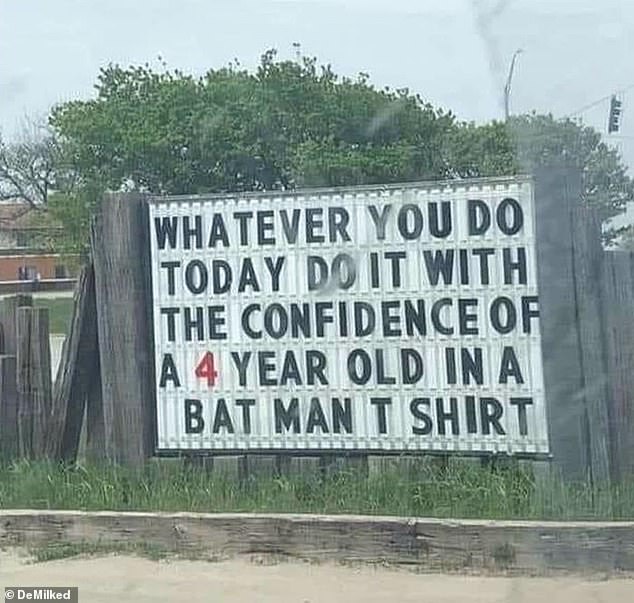 Don’t we all wish we had such confidence once in a while? This sign maker certainly thought we should 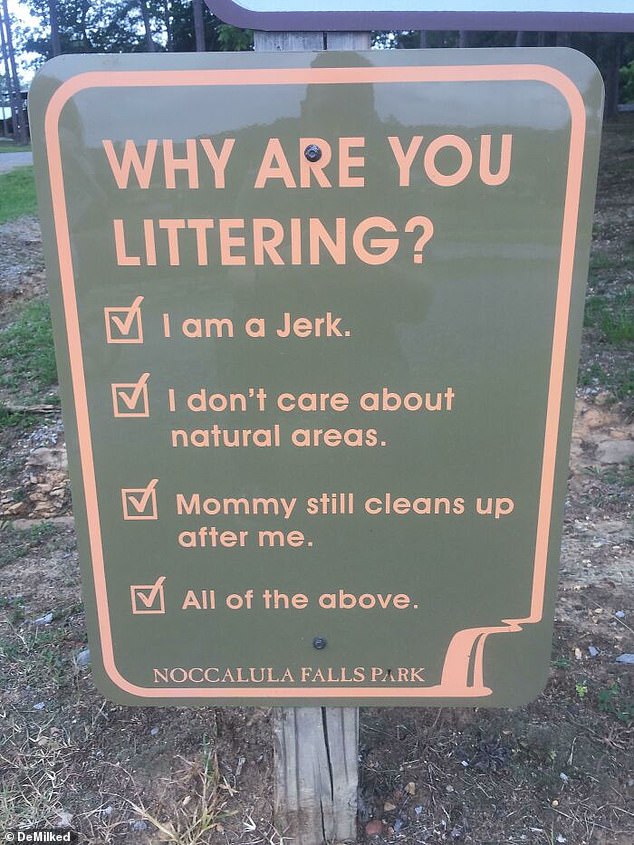 This sign in Noccalula Falls Park in Alabama, in America, was bluntly humorous with its sign to stop littering 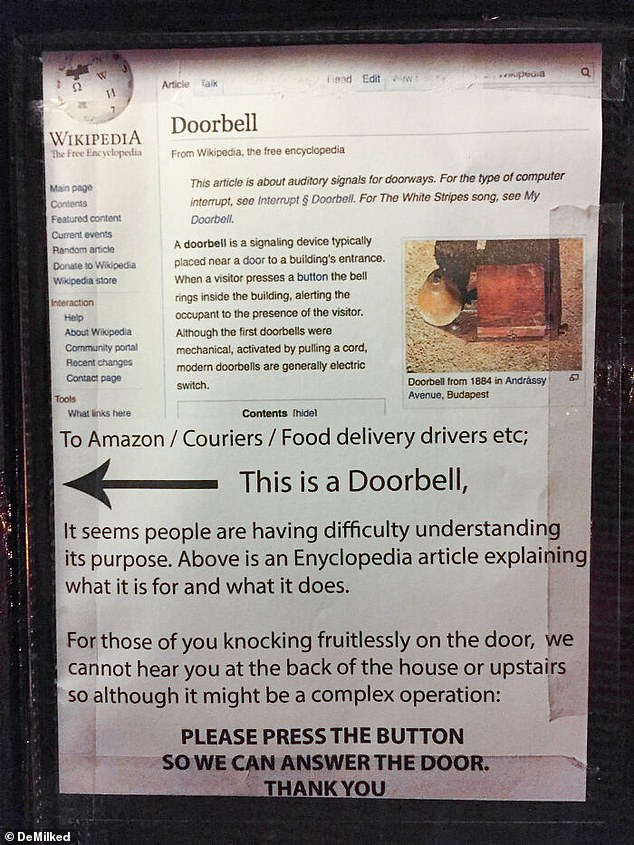 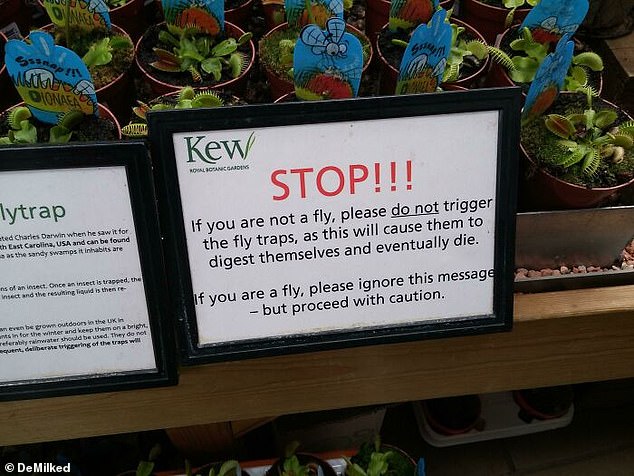 This sign from Kew Gardens in Richmond, London is bound to make you chuckle, with its dry humour 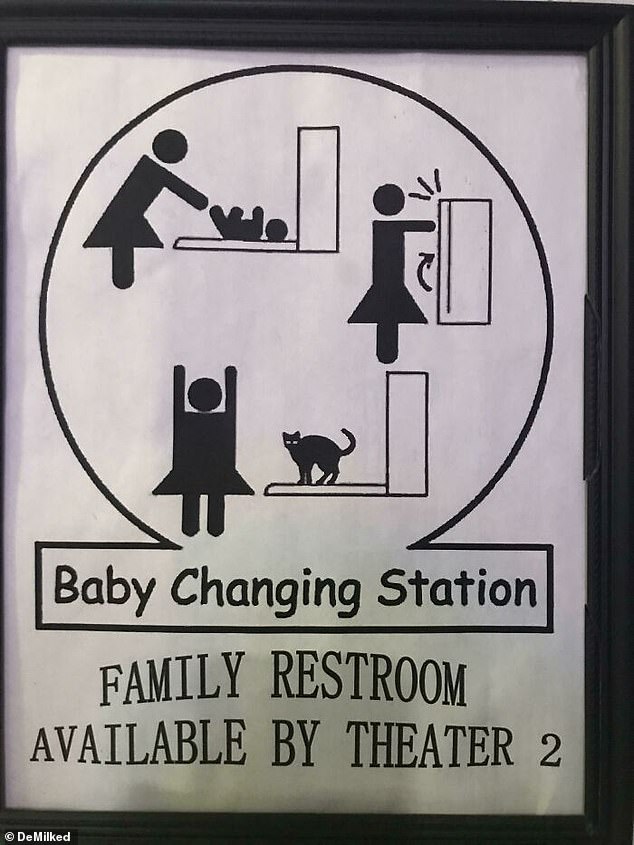 Who needs a baby when you have a cat? This baby changing station sign in the US is sure to get a smile 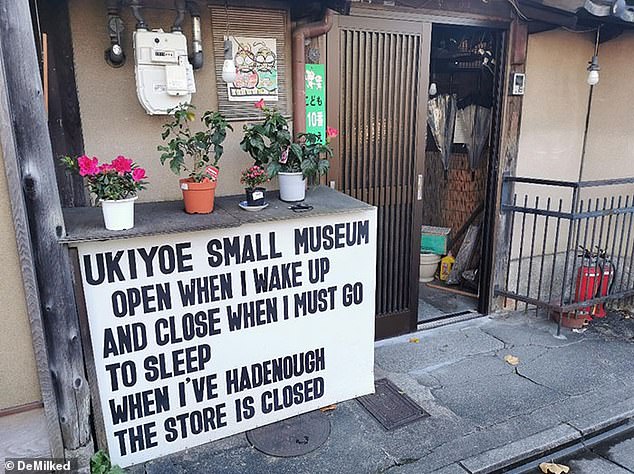 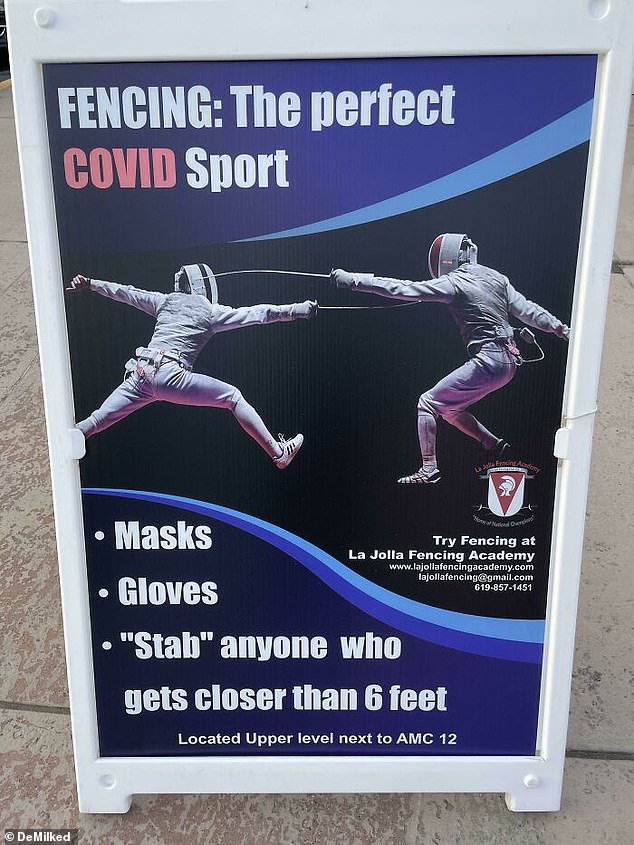 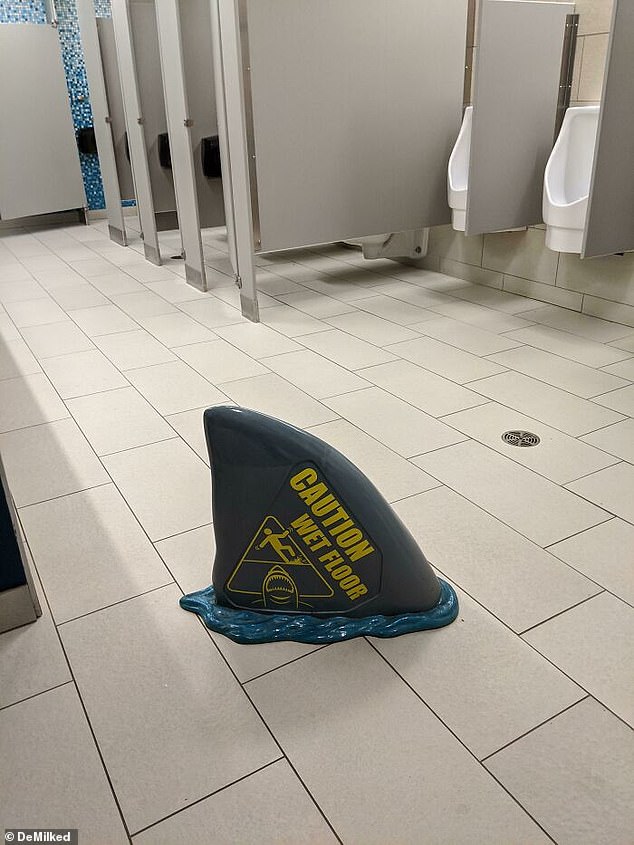 If you get chills every time you see a shark fin, this toilet sign is probably not one for you to stumble across 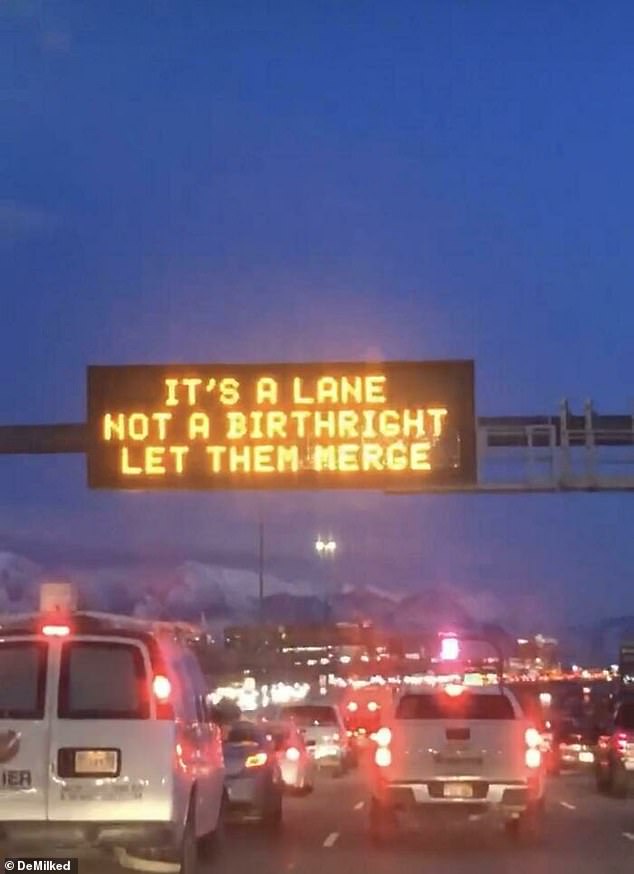