Spencer Matthews and his wife Vogue Williams welcomed a healthy baby boy two days ago – and their bundle of joy has already had a visit from his proud auntie and uncle.

Spencer’s brother James Matthews and sister-in-law Pippa Middleton were seen arriving at the former Made in Chelsea star’s London home on Friday.

The Duchess of Cambridge’s younger sister, who is expecting her first child with husband James, was seen arriving at the flat in her Land Rover this morning.

Pippa, who is in her third trimester, arrived separately from her hedge fund manager husband James who showed up moments later equipped with his backpack – possibly containing a gift for his new nephew. 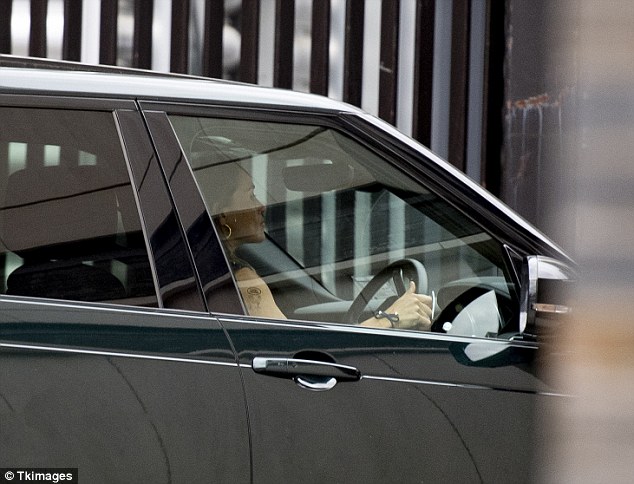 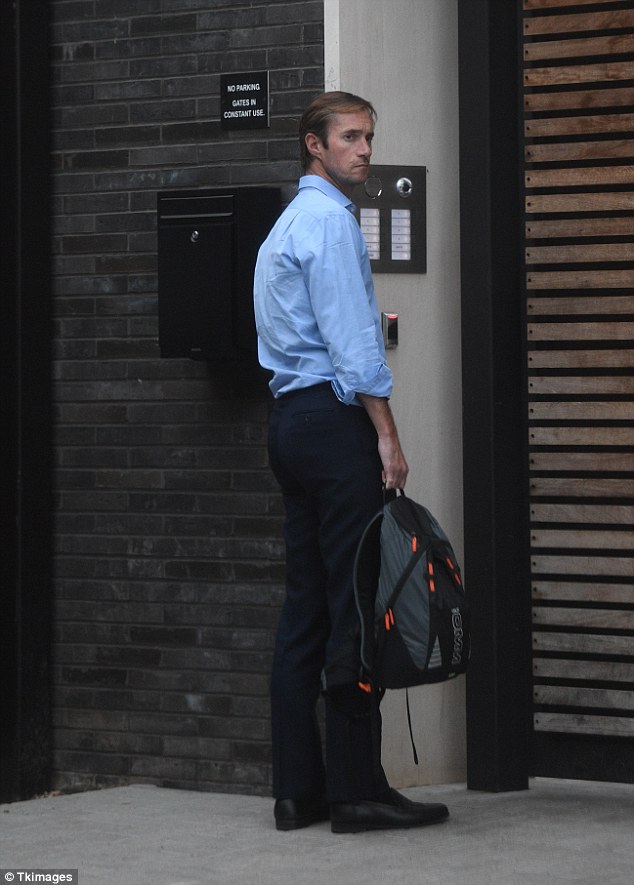 Following behind was the new Matthews baby’s grandmothers in the form of  Vogue’s mother Sandra Wilson and Spencer’s mother Jane Matthews.

The two new grandmothers appeared to come armed with breakfast for the couple carrying coffee, pastries and smoked salmon.

Spencer’s father, David Matthews, who is currently facing two accusations of rape, was not present today.

New father Spencer could be seen on the balcony of his home in Chelsea speaking on the phone ahead of his family’s arrival.

Spencer and Vogue – who tied the knot in a romantic ceremony in the Scottish Highlands in June – welcomed a ‘beautiful and healthy’ baby boy in the early hours of Wednesday morning. 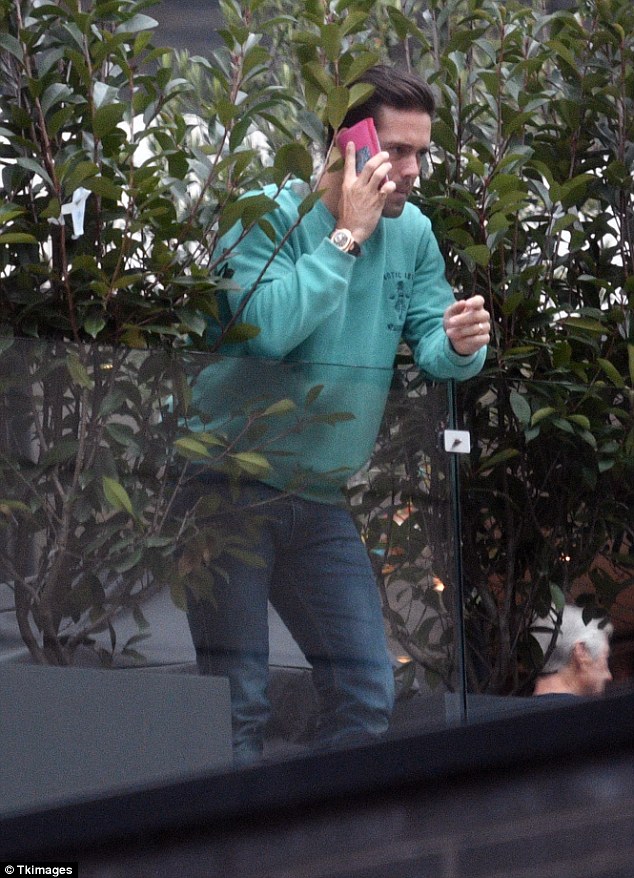 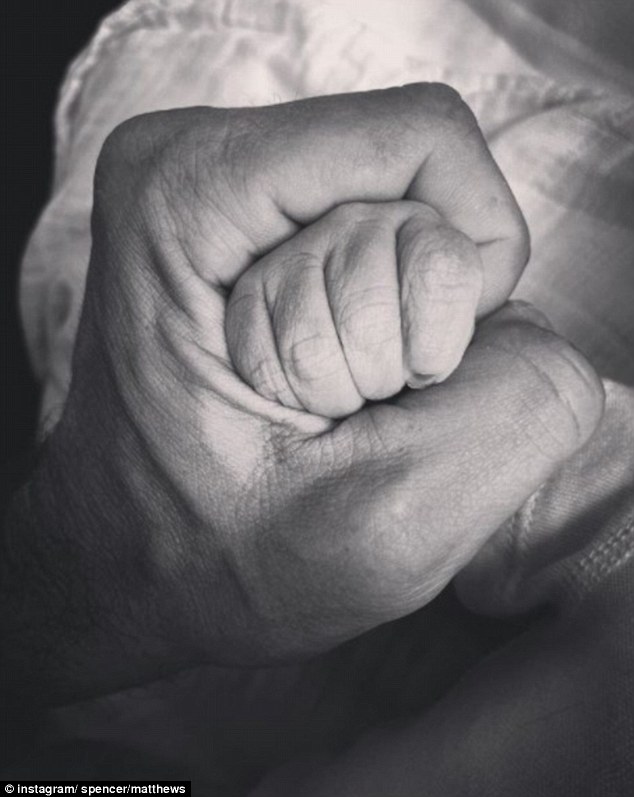 Spencer chose to announce the news with an arty black and white image of his hand clasping his newborn’s, reposting the same message as his wife 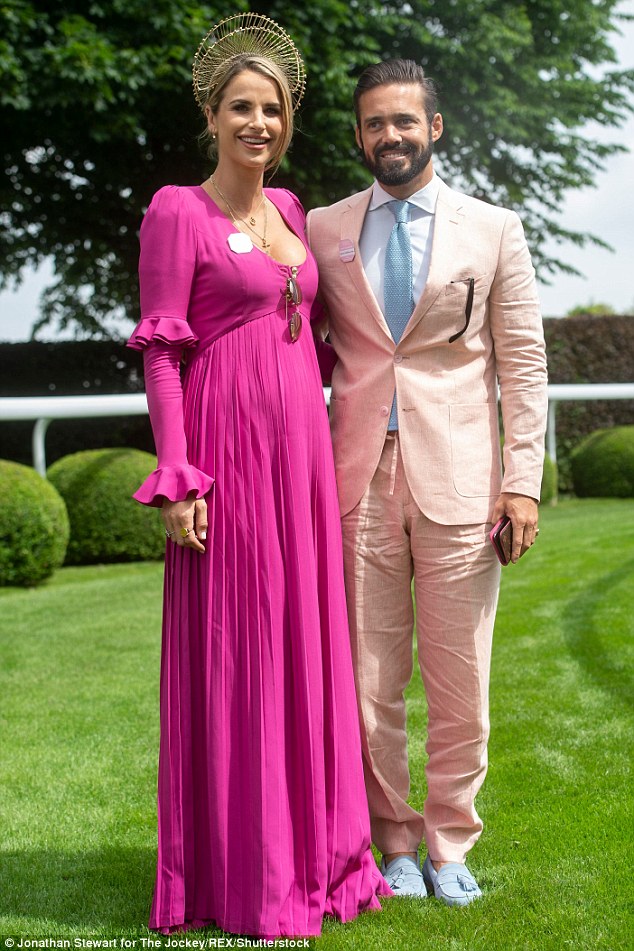 Taking to Instagram, the 32-year-old Irish presenter posted: ‘This morning at 3:55am, we welcomed our son into a quiet London hospital… He is beautiful and healthy. We feel truly blessed.’

Vogue shared a heartwarming snap of the tiny tot in a striped baby gro, resting her hand gently on the infant’s feet.

Meanwhile, former Made In Chelsea star Spencer, 30, chose to announce the news with an arty black and white image of his hand clasping his newborn’s, reposting the same message as his wife.

Vogue also took to her Instagram stories to write ‘I’m so in love’. 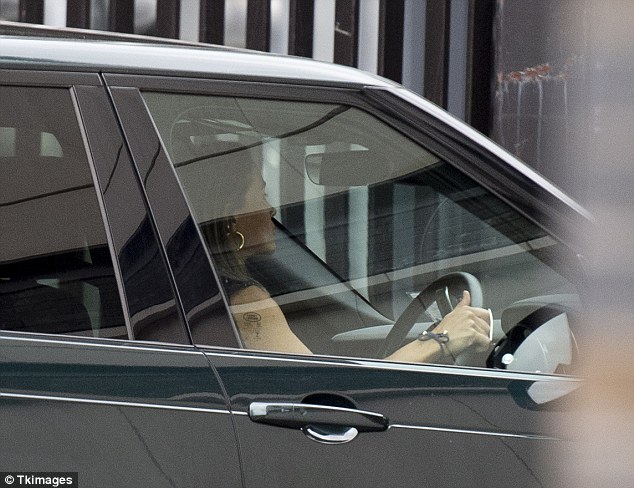 Pippa, who is in her third trimester, ditched her bike today and drove to her brother-in-law’s home in order to meet her new nephew 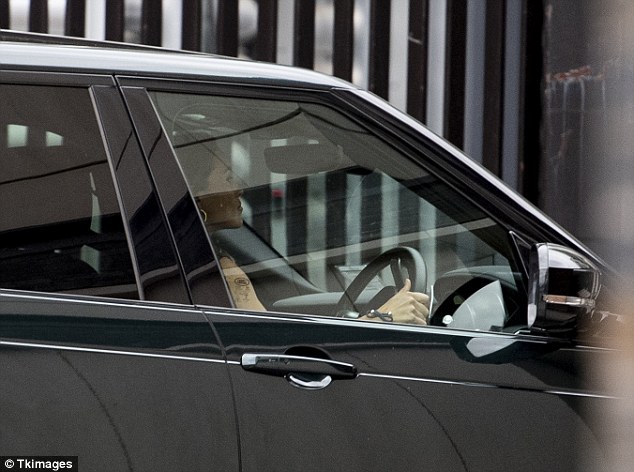 Kate’s younger sister is yet to reveal her due date however, it is believed she will be welcoming her first child in October 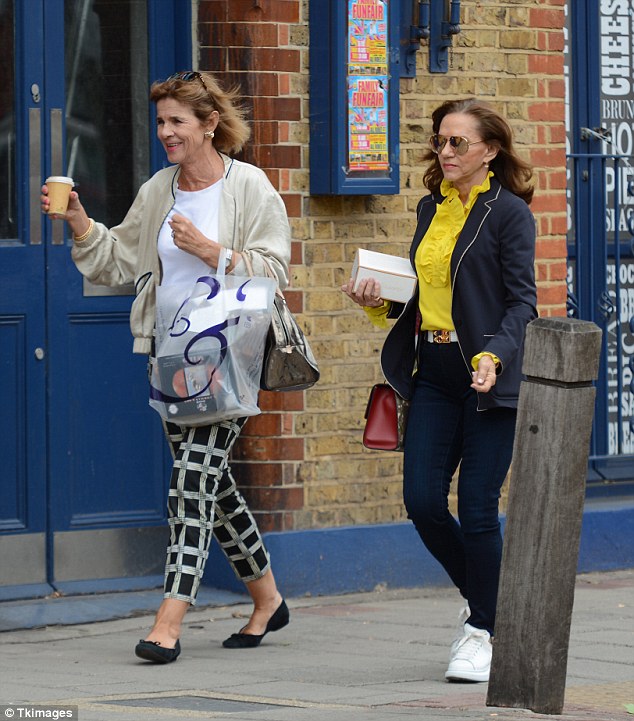 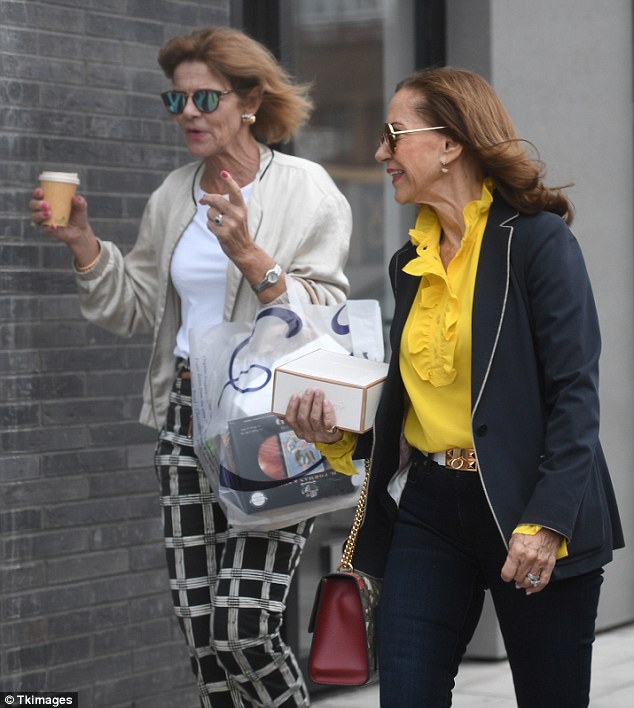 The two new grandmothers appeared to come armed with breakfast for the couple carrying coffee, pastries and smoked salmon 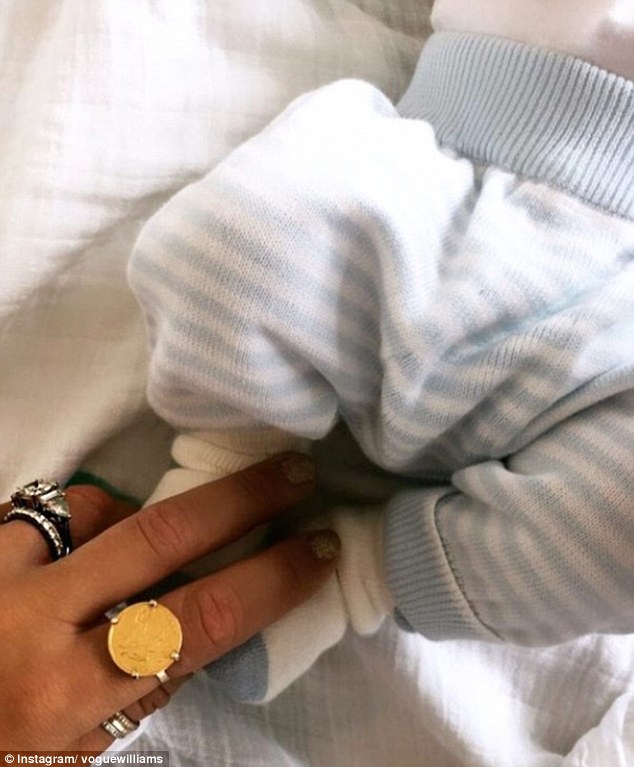 The pair, who have yet to reveal the baby’s name, were inundated with well wishes from their delighted followers and celebrity friends.

Frankie Bridge posted: ‘Congratulations guys @spencermatthews … soak up all the newborn you can. Just the best. Hope your all doing well xxxx’

Denise Van Outen enthused: ‘Massive congrats to you both.’ 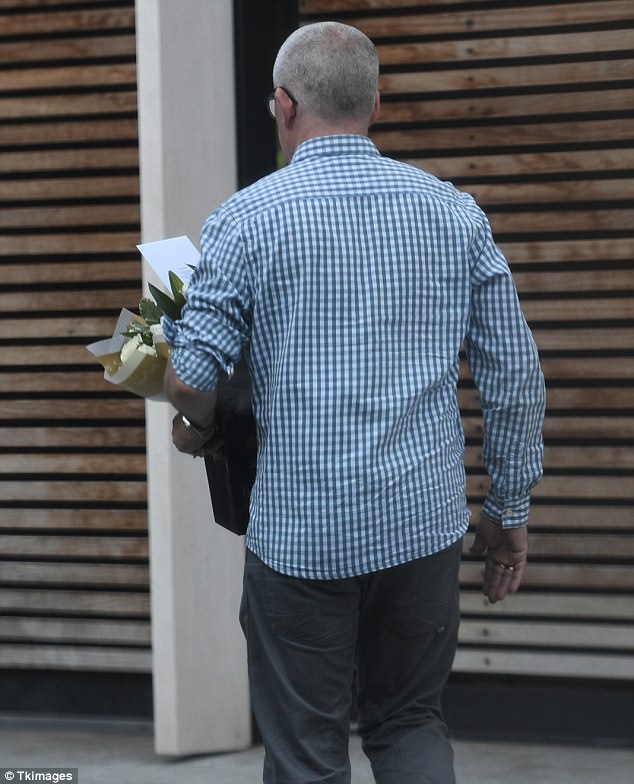 Vogue’s due date was September 1 and the star had been sharing a number of posts in recent days as she lamented being overdue.

Vogue had been praising supportive partner Spencer for taking care of her in the days running up to the birth.

‘This boy has been amazing… overdue means a slightly grumpy wife who tends to fall asleep quite a few times a day! He’s keeping me happy and being a great support…you’re the best @spencermatthews’, she shared on social media.