The look-at-me V: It’s the plunging look only the most toned stars dare to wear – but, asks SARAH VINE, why are they flaunting a style once the preserve of D-list wannabes?

Confession. I’ve never understood the appeal of the deep V in an outfit. Admittedly that’s probably because if I ever left the house bra-less I would trip up and do myself an injury.

But even assuming I had the facilities for such a thing, why wear something so fiendishly unflattering, impractical, not to mention liable to lead to a chest infection?

Unless, that is, I wanted to get myself noticed. Because rather like those outlandish wigs favoured by pre-revolutionary French aristocrats, and once the preserve of D-list wannabes, the low V is the ultimate statement of vanity in the image-obsessed 21st century. 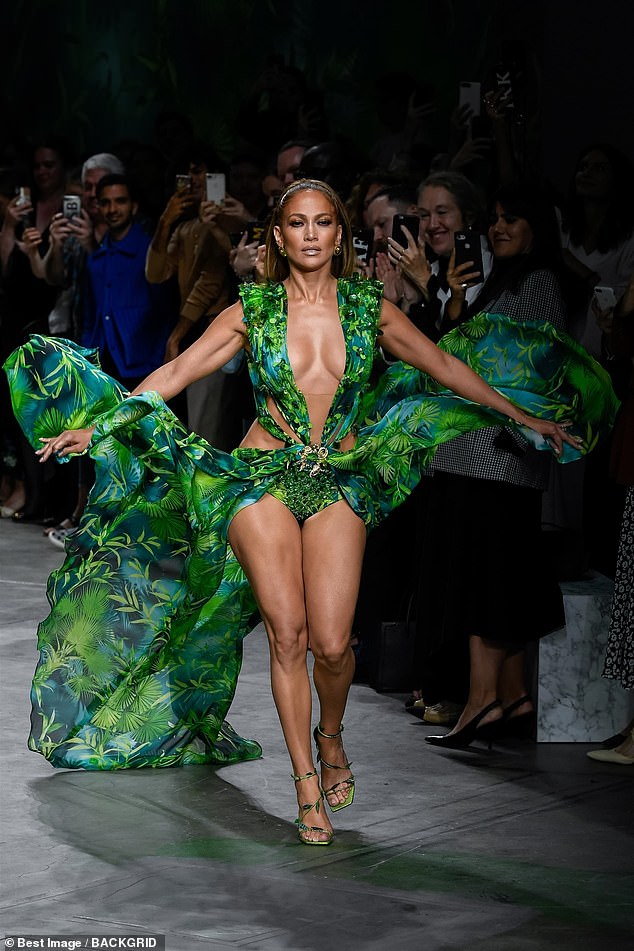 Its utter impracticality and complete inability to flatter anyone but the slimmest, most pert and most groomed of females sends an unequivocal message: ‘I am better, more beautiful and more fabulous than you could ever imagine, and to prove it I’m going to wear something completely impossible, something that would make any ordinary woman, without an army of stylists, personal trainers and nutritionists, look like she’d got dressed backwards, but which makes me look like the goddess I am.

‘Provided, of course, I don’t have to move, eat or breathe.’

No wonder, then, that it proved such a popular choice at the Grammy Awards on Sunday and other recent ceremonies. 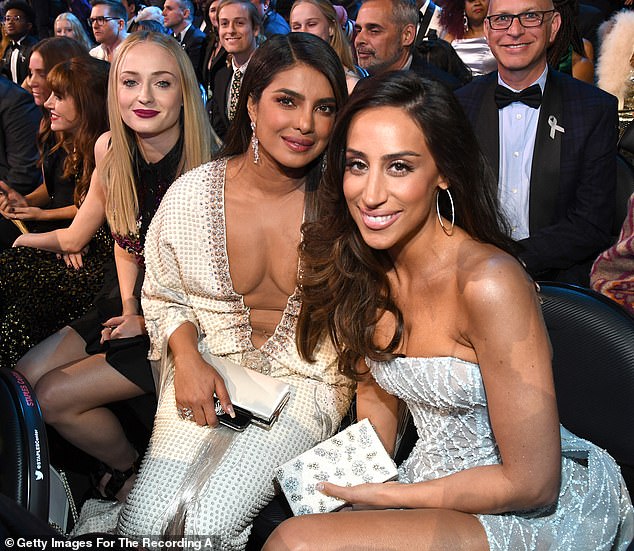 Navel gazing: Bollywood star Priyanka Chopra, with her sister-in-law Danielle Jonas, may regret her revealing choice of outfit at the Grammys 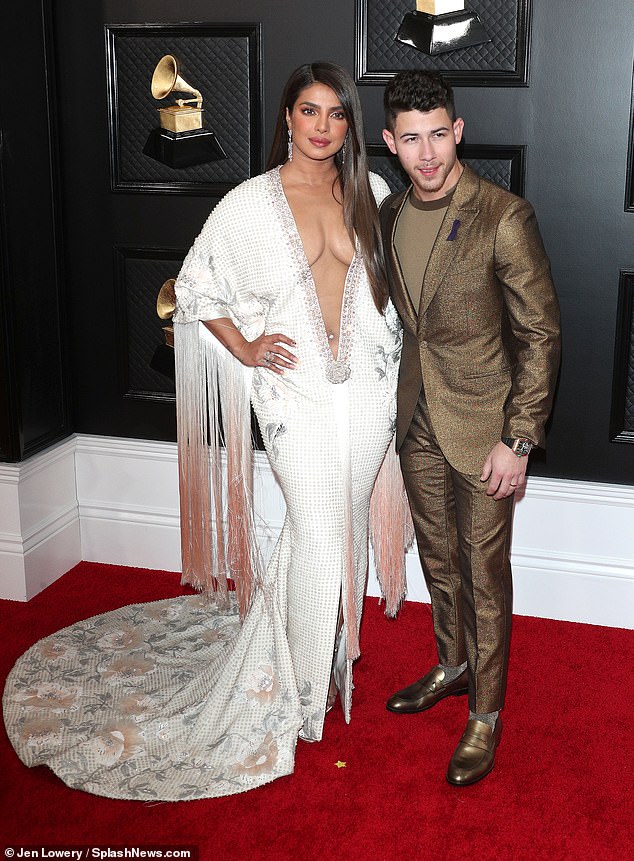 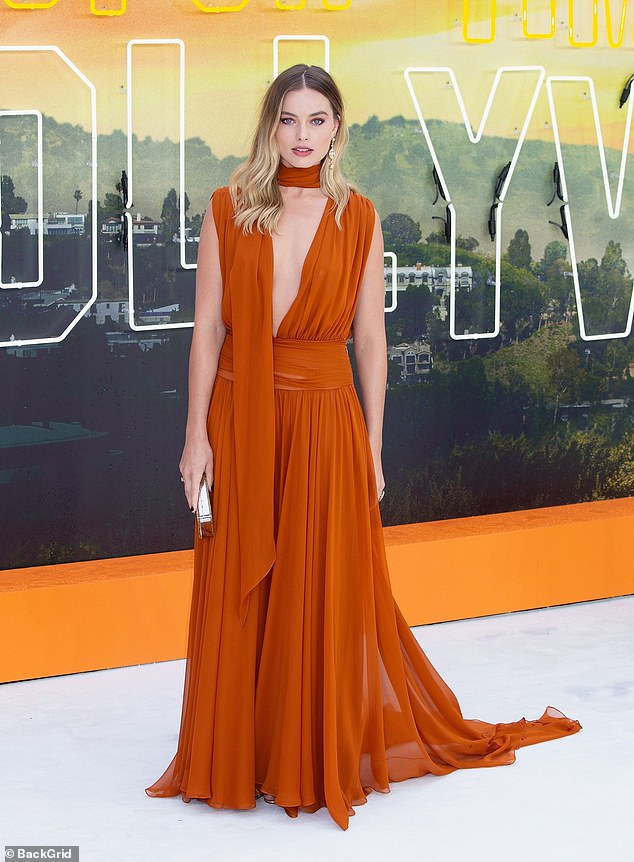 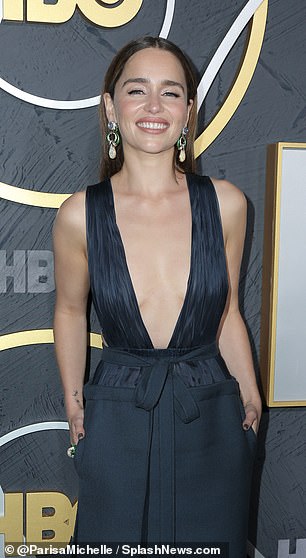 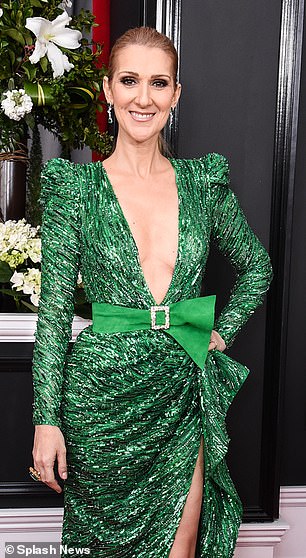 When it comes to ‘look-at-me’, nothing beats the low-V, and awards galas are all about attracting attention.

After all, the whole point of the Oscars and the Screen Actors Guild Awards and all the rest is not really to reward talent (indeed, Carey Mulligan pointed out this week that many of the Oscar judges appear not to bother to watch all the short-listed films).

No, it’s to offer a shop window for all the stars so that they — and their agents — can secure the real prizes, that is to say the lucrative sponsorship contracts with global brands willing to pay handsomely to be associated with these demi-goddesses of stage and screen. 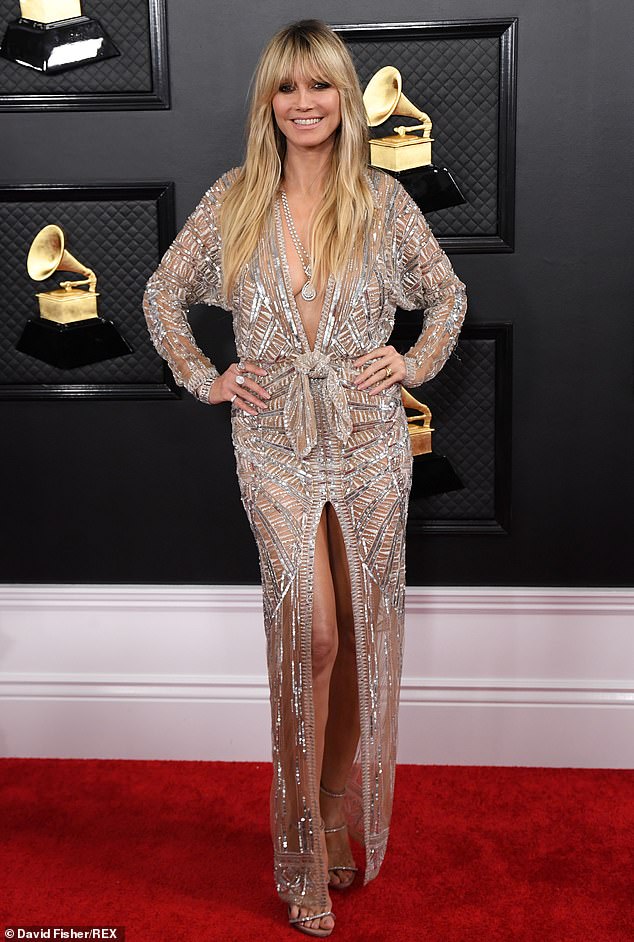 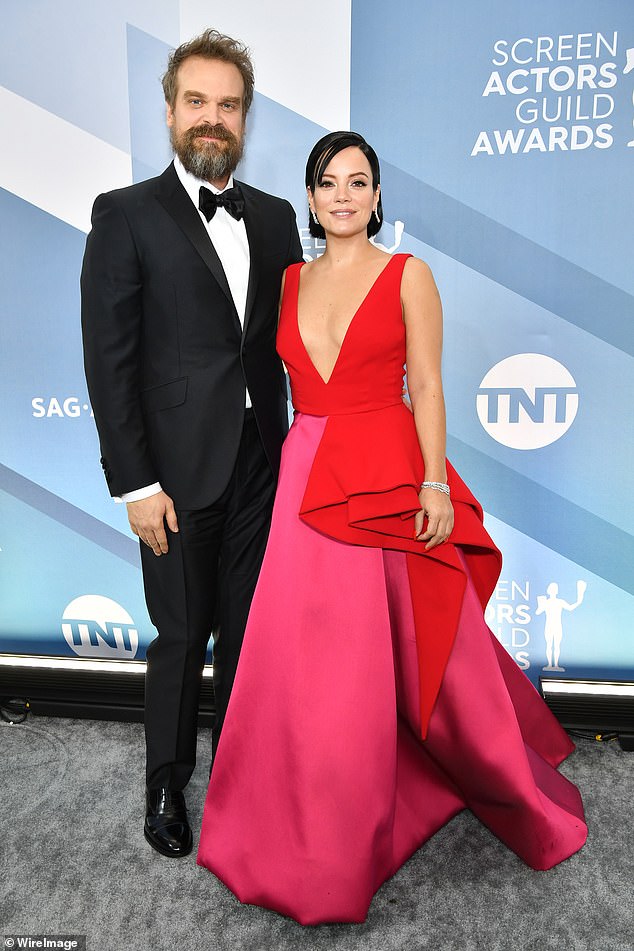 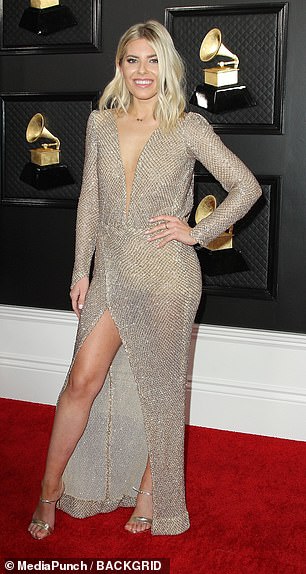 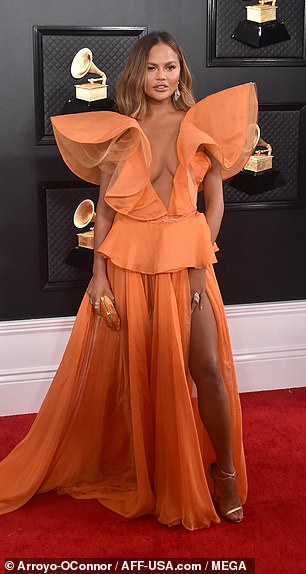 Mollie King of The Saturdays and Chrissy Teigen, right, arrive at The Grammys on Sunday

In a world where a person’s monetary value increasingly appears to depend on their ability to rack up views on social media, is it any wonder we seem to be witnessing, quite literally, a race to the bottom?

What I find slightly depressing about the whole thing is that after goodness knows how many years of feminism, these women — many of whom possess talents the size of planets, have won Oscars and earned tens of millions of dollars — still seem to feel that the only way to get noticed is to show up wearing half a dress.

Oh, doubtless they would say that it’s their choice, that it makes them feel empowered and all the rest. 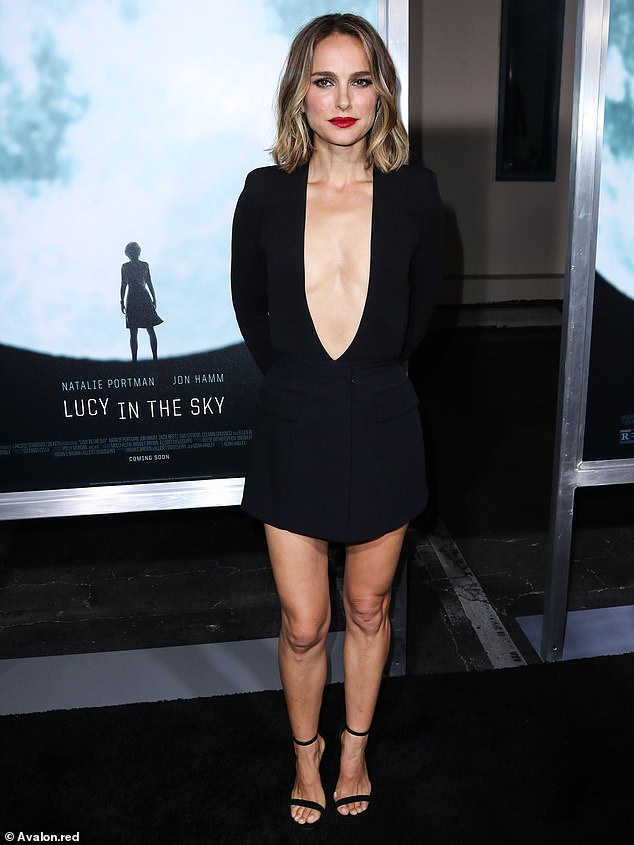 Actress Natalie Portman arrives at the Los Angeles Premiere Of Fox Searchlight Pictures’ ‘Lucy In The Sky’ held at the Darryl Zanuck Theater at FOX Studios on September 25, 2019

But I defy any woman, however slim and beautiful, to feel comfortable and relaxed in the glare of the cameras in an outfit that requires at least half a roll of double-sided sticky tape to stop it falling off altogether — and which, the moment you sit down or have a bite to eat, risks making you look like Peppa Pig.

It speaks of a much deeper kind of pressure, one that their male equivalents — endlessly comfortable in their perennial penguin suits — simply don’t have to endure.

And it makes a nonsense of all that equality and diversity stuff that Hollywood likes to indulge in. Because from where I’m sitting, unless you are a skinny, pert-breasted, golden-skinned lovely with a permanent expression of mild surprise on your face, you’re nowhere. 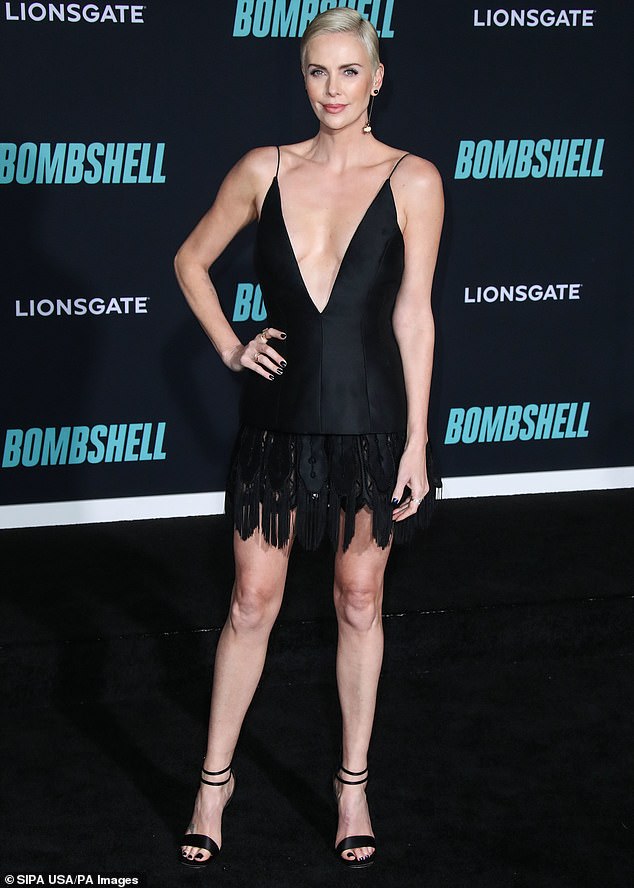