Princess Eugenie has admitted she’s ‘very lucky to have had her health throughout both lockdowns’ and is ‘grateful that her father-in-law is alive’ after he spent five weeks on a ventilator while battling coronavirus.

The Queen’s granddaughter, 30, spoke with charitable accessories firm Together Band during an Instagram Live on Monday, in her role as co-founder of the Anti-Slavery Collective.

Eugenie, who lives in Ivy Cottage at Kensington Palace, chatted about her life in lockdown before discussing how to tackle modern slavery during the pandemic.

The royal, who is tenth in line to the British throne, and her husband Jack Brooksbank announced in September that they were expecting their first child, who is due in early 2021. 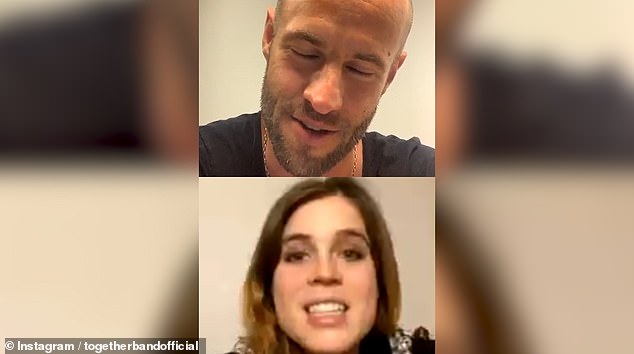 Speaking with co-creator of Together Band Cameron Saul, Eugenie revealed: ‘Lockdown’s been OK for me. I can’t believe we’re on lockdown 2.0, as everyone’s calling it…

‘I’m very lucky to have had my health throughout number one and number two and I just can’t really begin to imagine what people are going through, who are getting ill.’

She also opened up about her father -in-law, George Brooksbank, who contracted coronavirus and was hospitalised in March.

The 71-year-old thankfully recovered from his life-threatening battle with the virus and returned home earlier this summer.

‘My father-in-law was quite ill in lockdown one,’ she recalled, ‘so I am so grateful that he is alive, that there are so many incredible people out there fighting for everyone’s lives.’ 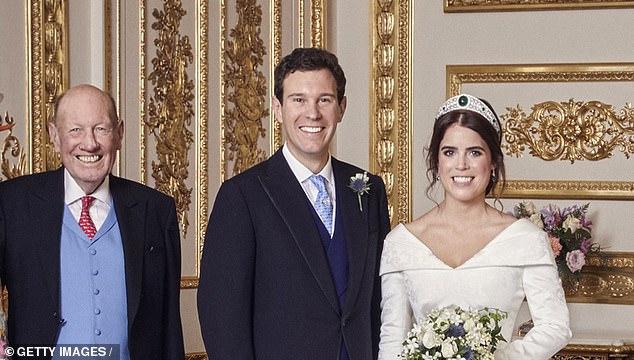 The royal (pictured with her husband, centre, and her father-in-law George Brooksbank, left) also said she is ‘grateful that her father-in-law is alive’ after he spent five weeks on a ventilator while battling coronavirus 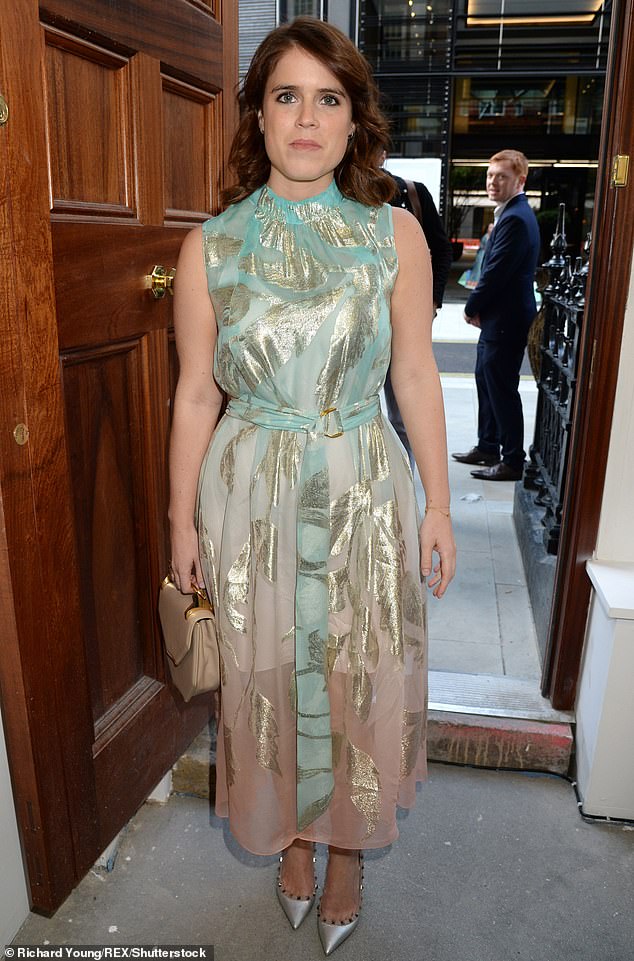 The Queen’s granddaughter (pictured in 2019), 30, spoke with charitable accessories firm Together Band during an Instagram Live on Monday, in her role as co-founder of the Anti-Slavery Collective

The youngest daughter of Prince Andrew and Sarah, Duchess of York, Eugenie officially announced she was expecting via Buckingham Palace in September.

But the royal hasn’t let her pregnancy stop her from working and last week, Eugenie hosted a webinar for her anti-slavery charity to highlight a global platform helping to stop human trafficking.

The Queen’s granddaughter appeared relaxed as she joined the co-founder of her charity The Anti-Slavery Collective Julia de Boinville for the virtual appearance.

The appearance comes weeks after the royal visited a safe house in London where she spoke with modern slavery survivors.

Eugenie and Julia set up The Anti-Slavery Collective in 2017 – an ‘independent collective whose mission is to bring change-makers together to raise awareness for modern slavery as a global epidemic’.

The pair are long-term friends who first met when they were both at school.