A Pretty Little Thing customer was left in hysterics when a fitted dress she bought online left her looking like ‘Mr Tickle’ thanks to its ludicrously long sleeves that passed her knees.

Fran Watts, 29, Milton Keynes, Buckinghamshire, ordered the size 10 black jumper dress from the online retailer earlier this month for a brunch with friends that weekend.

But she was baffled when she opened the packaging and discovered the sleeves swamped her petite frame and reached to below her knees. 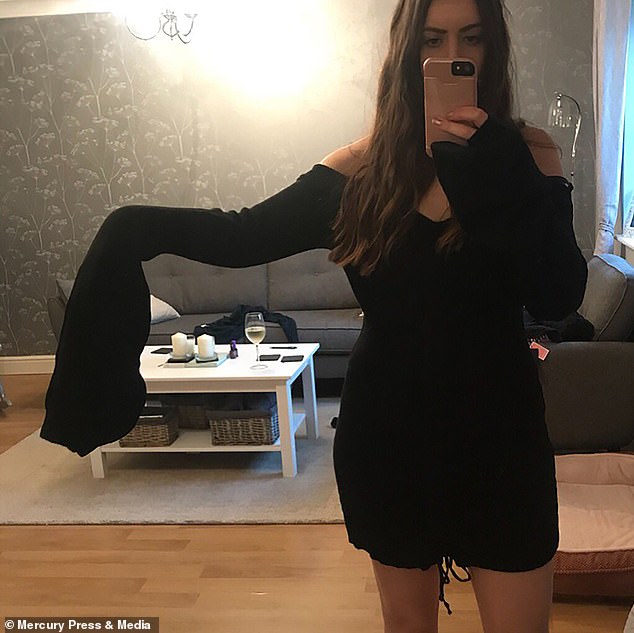 The 5ft 5 digital marketing specialist tried to arrange the sleeves so they would look like they did on the model, to no avail.

Seeing the funny side of the incident, Fran shared hilarious pictures of her modelling the enormous £25 garment on Twitter s before contacting the retailer who issued a full refund.

Fran said: ‘The arms were double the length they should have been, they looked really strange. I looked like Mr Tickle.

‘I was really confused when I first tried it on. I went back to the website to look at the picture as I wondered if I needed to fold the sleeves up. 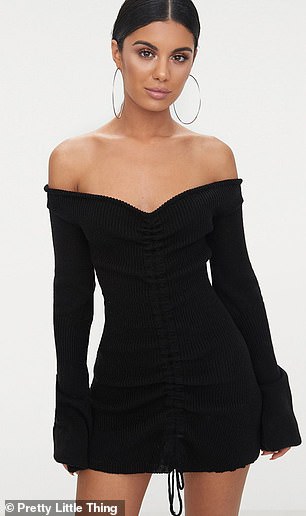 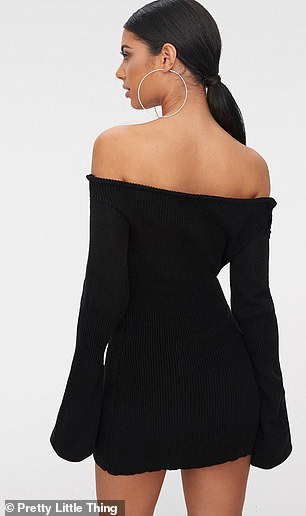 The 29-year-old had ordered the £25 garment for a brunch event she was attending and was baffled when the dress looked little like it did on the store’s website. Pictured: How the item looked on the model

‘The sizing was great everywhere else, there was just an issue in the arms.

‘I spent five minutes trying to tuck them under but it felt really uncomfortable and looked odd. I’m not annoyed, I just thought it was hilarious.’

Fran ordered the dress, along with a blouse and a cropped jumper, online on the Thursday as the retailer had an offer for free next-day delivery and she needed a new outfit in a hurry.

She explained: ‘I just needed something with quick delivery as I had a brunch organised at the weekend. I ordered this and decided to buy a few other things too while I was browsing.

‘I really liked how versatile it looked – it was something I could dress up or down. 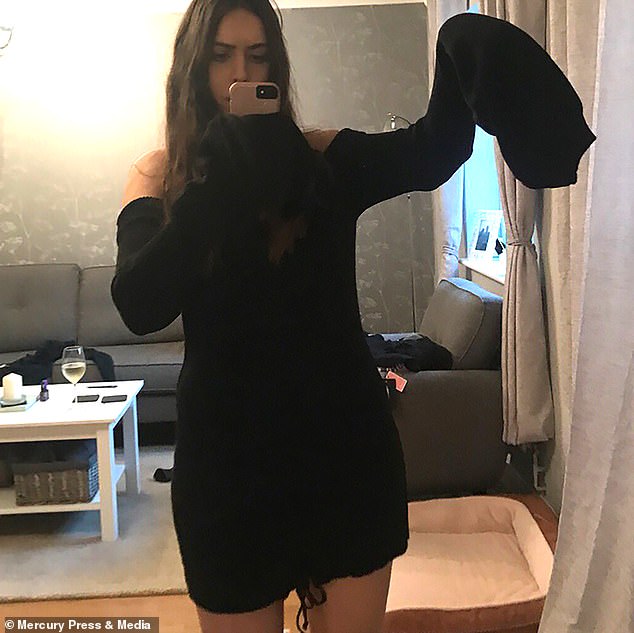 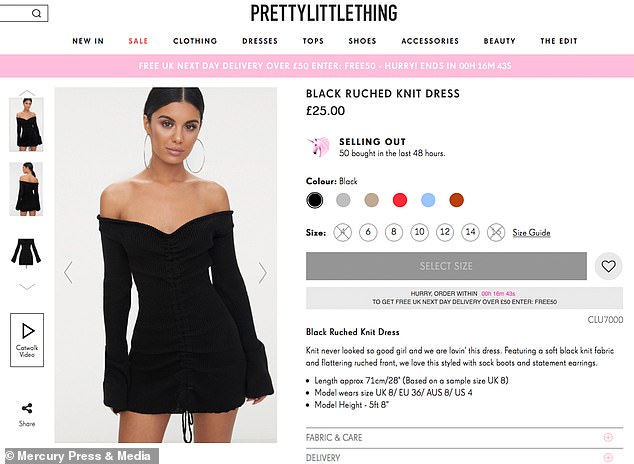 ‘After trying to tuck the sleeves under I stood in the mirror and sent pictures to my friends who thought it was hilarious, they were in fits of laughter.

‘I then decided to tweet Pretty Little Thing. Not in a horrible way, just a light-hearted tweet highlighting what had happened.

‘I posted a couple of the pictures and added the caption ‘Now I remember why I hate online shopping’. They replied instantly and organised a refund on the faulty dress.

‘I was really disappointed, but also thought it was funny.’

A Pretty Little Thing customer service rep replied to Fran’s tweet saying; ‘Hey Fran. Great to hear from you. Sorry to hear your dress has arrived like this.

‘Please could you drop us a DM with your order number and we will be happy to help you with this. Harri.’

MailOnline has approached Pretty Little Thing for a comment.