PRIMARK shoppers have been warned to ignore a scam email which promises to give them £60 in rewards if they complete a survey.

The email, which landed in inboxes this week, suggested that the customer has been selected to take part in giving feedback about their experiences with the retailer. 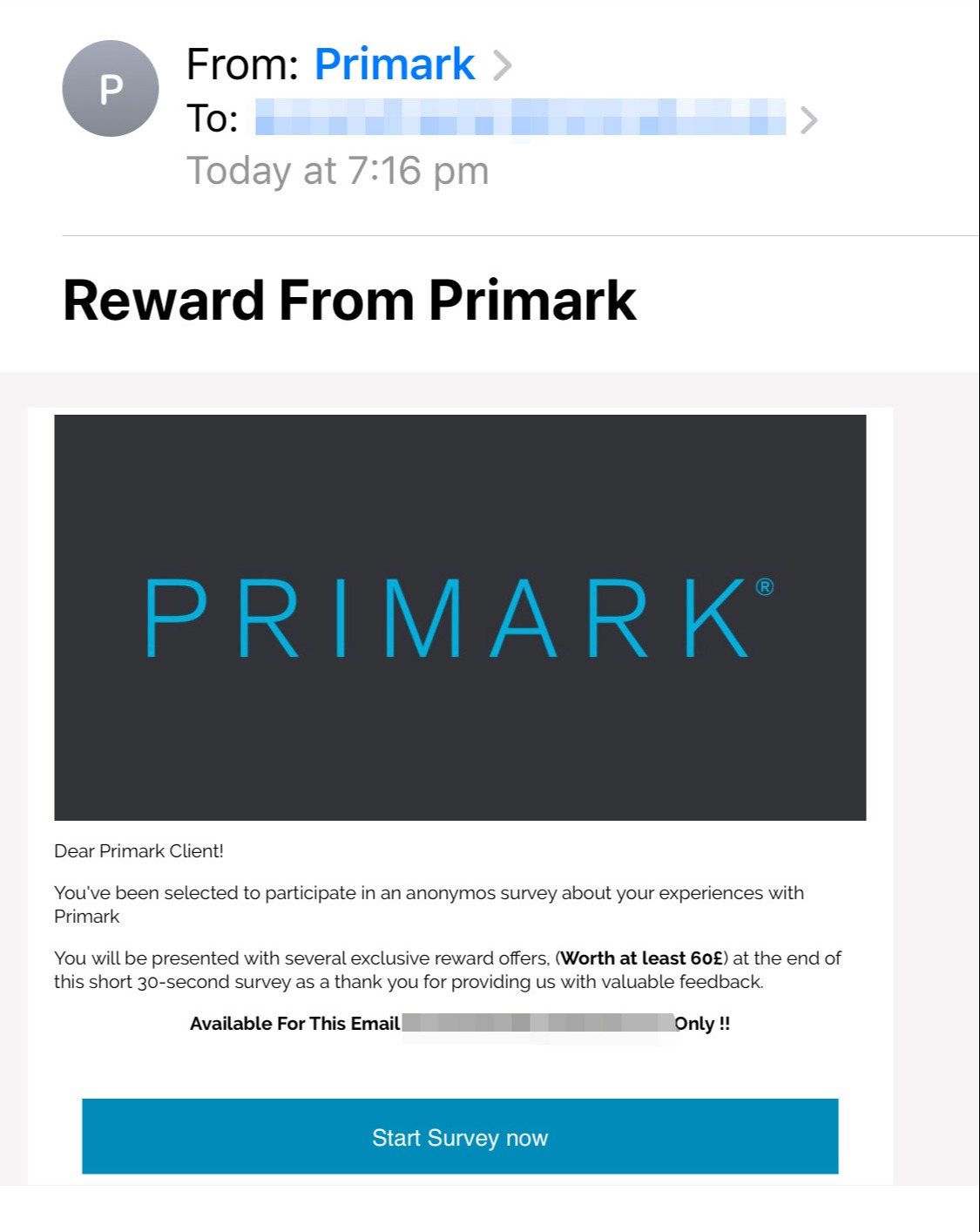 It reads: "You've been selected to participate in an anonymous survey about your experiences with Primark.

"You will be presented with several exclusive reward offers (worth at least £60) at the end of this short 30-second survey as a thank you for providing us with valuable feedback."

The recipient is then invited to click on a link to start the survey.

But Primark said it was not responsible for sending out the email.

It could be that the link is intended to harvest personal details from the computers of anyone who clicks on it. 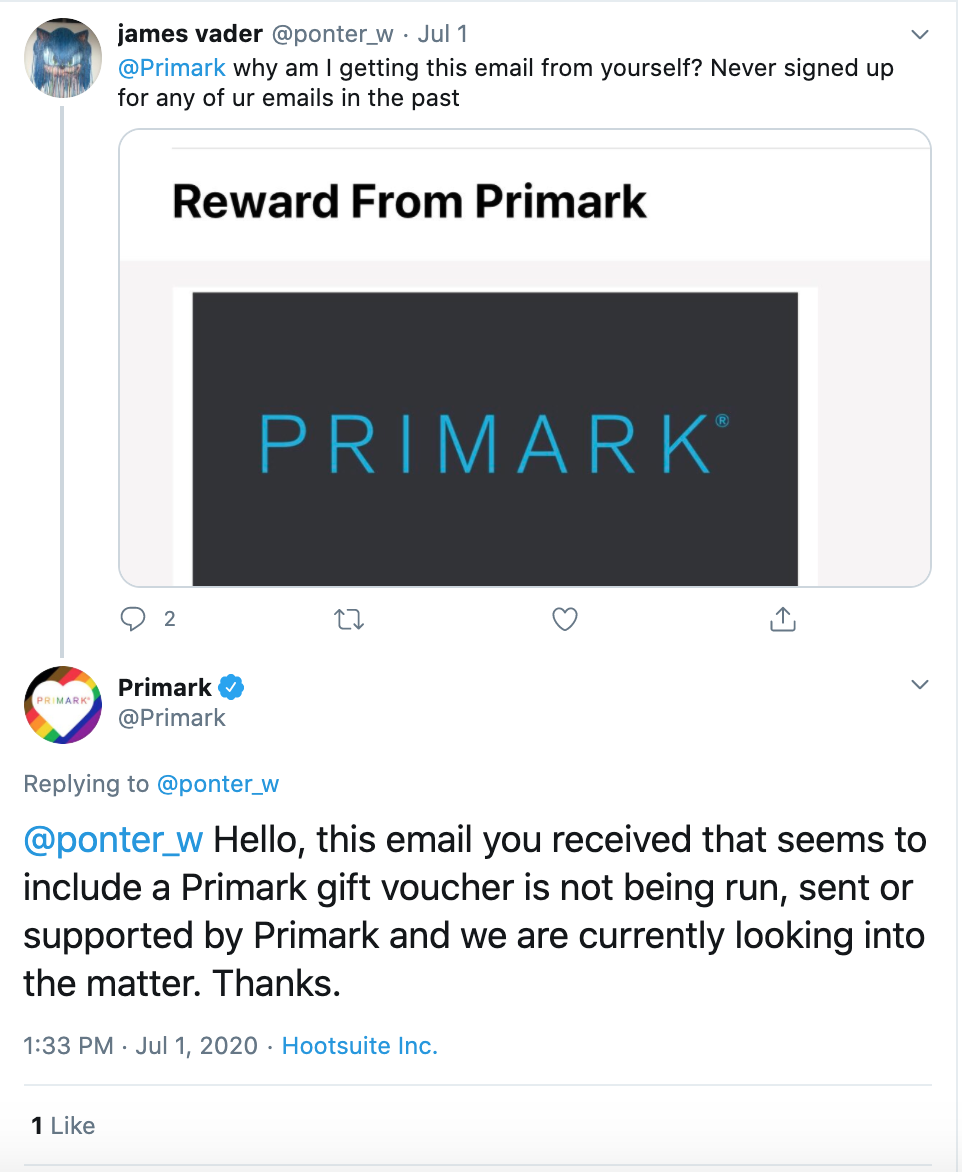 Other people who received the message said they had never signed up to any emails from Primark.

Responding to one commenter on Twitter, Primark said: "This email you received seems to include a Primark gift voucher is not being run, sent or supported by Primark and we are currently looking into the matter."

Earlier this year, Cadbury’s warned customers to watch out for a Whatsapp phishing “scam" targeting them for hundreds of pounds by luring them with a free hamper of chocolate.

New anti-fraud rules for bank transfers came into force yesterday – here’s how they will affect you.