Prince Charles and Camilla arrive at a Scottish port today

A royal welcome! Prince Charles and Camilla are greeted by lines of schoolchildren as they visit a Scottish port which played an important role in D-Day preparations

Prince Charles and Duchess of Cornwall received a warm welcome when they arrived in the coastal village of Garlieston, Wigtownshire today.

The Prince of Wales, 70, and Camilla, 72 – who are known as the Duke of Rothesay when in Scotland – were visiting the Scottish port, which played an important role in preparations for D-Day in 1944, in the testing of the Mulberry Harbours.

The Queen’s son paid tribute to his hosts in a smart red and green kilt, which he paired with a smoran and smart knee socks.

Meanwhile, Camilla similarly opted for tartan in the form of a white checkered dress – and added a grey blazer to complete her look. 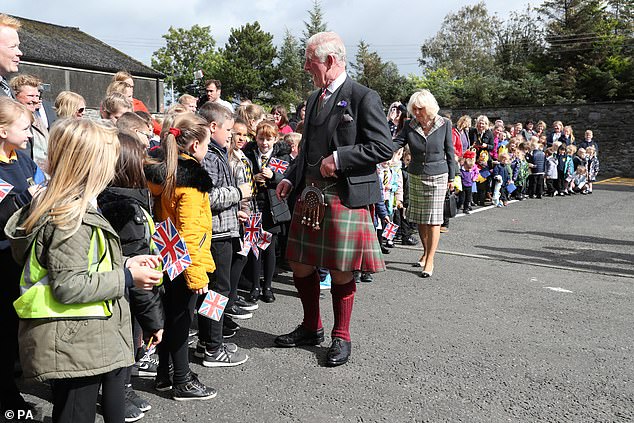 The Prince of Wales, 71, and the Duchess of Cornwall (pictured), 72 – who are known as the Duke and Duchess  of Rothesay when in Scotland – visited a Scottish port which played an important role in preparations for D-Day 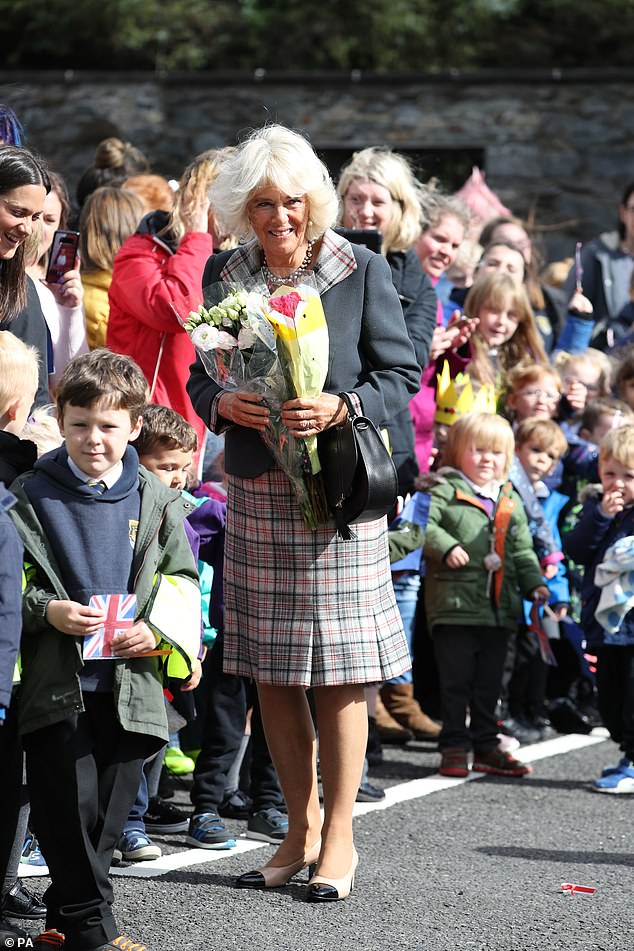 The Duchess of Rothesay opted for minimal jewellery for the occasion, adding just a simple silver chain necklace.

Wearing her hair down, she completed her outfit with a pair of monochrome heels and sported a grin as she engaged in conversation with well-wishers.

She was gifted a bouquet of colourful flowers as she was greeted by local children who lined the streets.

Temporary portable structures known as Mulberry Harbours were secretly planned, tested and developed in the village in the lead-up to the events of 1944. 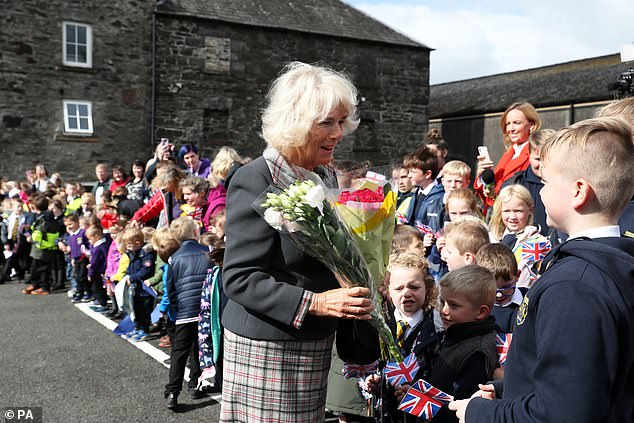 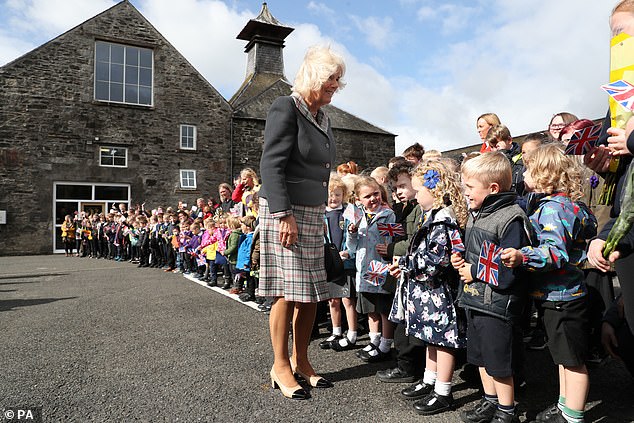 The children waved Union Jack flags as they greeted the royals following their arrival. Pictured, Camilla

While in Dumfries and Galloway the pair will also officially open a new visitor centre at the Bladnoch Distillery, which was founded in 1817.

It closed at the beginning of the Second World War and reopened in 1957 before being acquired by Australian businessman David Prior four years ago.

Camilla will also visit Moat Brae House and Gardens in Dumfries, which served as inspiration for JM Barrie’s Peter Pan.

The site also opened in June this year as a visitor attraction and Scotland’s National Centre for Children’s Literature and Storytelling.