Prince Harry has thanked those preparing to run the London Marathon for the Heads Together campaign.

The father-to-be appeared in a video sent across the group’s social media channels, acknowledging how ‘tough’ the marathon would be and thanking those choosing to support the organisation he co-founded with the Duke and Duchess of Cambridge.

Prince Harry, 34, who has admitted to battling numerous breakdowns while coming to terms with his mother’s death, has been passionate about breaking the stigma surrounding mental health.

The royal has visited the race for the past two years, although it is unknown whether he will watch from home this year, as his wife the Duchess of Sussex, 37, is due to give birth any day now.

A good luck message to #TeamHeadsTogether from The Duke of Sussex. One week to go until the @LondonMarathon! ? 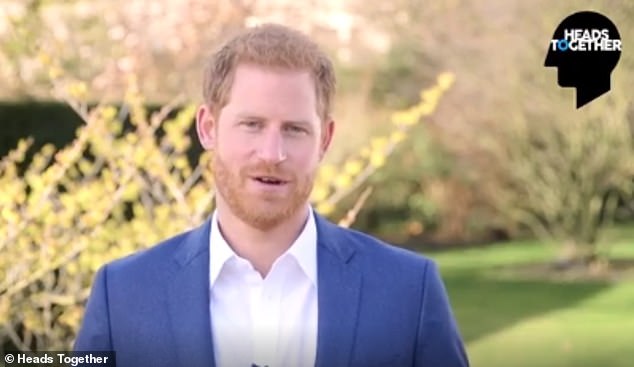 Prince Harry told runners of the London Marathon who are taking part in #TeamHeadsTogether that the run would be ‘tough’ but thanked them for choosing to raise awareness for mental health. The video, pictured, was released across the Heads Together social media channels

The ‘Heads Together’ initiative was launched in 2016, and aims to change the national conversation on mental well being in partnership with various mental health charities.

Prince Harry has long been vocal about his support for the topic, and it was recently announced he was working on a documentary with Oprah to help break the stigma.

Harry wished the runners for this year’s marathon the very best of luck, telling the camera: ‘It’s going to be tough but you are all running to bring greater awareness to such an important cause. 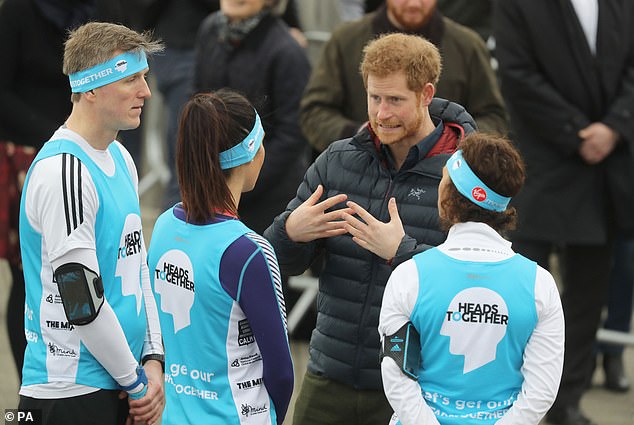 Prince Harry continued to be vocal about his support for breaking stigma around mental health, visiting runners training for the London Marathon in 2017 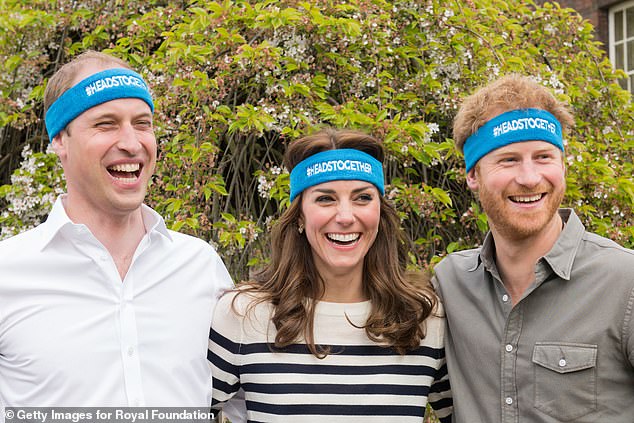 He went on: ‘It is vital that we continue to smash the stigma surrounding mental health and get more people talking about it.

‘So thank you for choosing heads together and good luck.’

In 2017, Prince Harry was joined by brother Prince William and sister-in-law Kate Middleton in a humorous video asking for runners to compete in the marathon for the royal campaign.

The charity was one of the chosen charities of the year for the London Marathon that year. 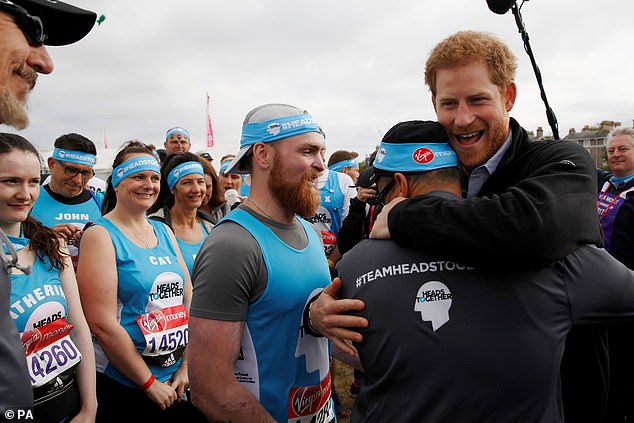 He also joined runners at the start of the race to wish them good luck, and was seen embracing some representing Heads Together.

Prince William, Harry and Kate even appeared at the race in the crowds to cheer on those running.

Harry joined the masses again to watch the marathon last year, where he handed out the trophies to the winners of the race.

It is unknown whether the royals will visit again this year, or if they’ll be watching from home as they anxiously await the arrival of Baby Sussex. 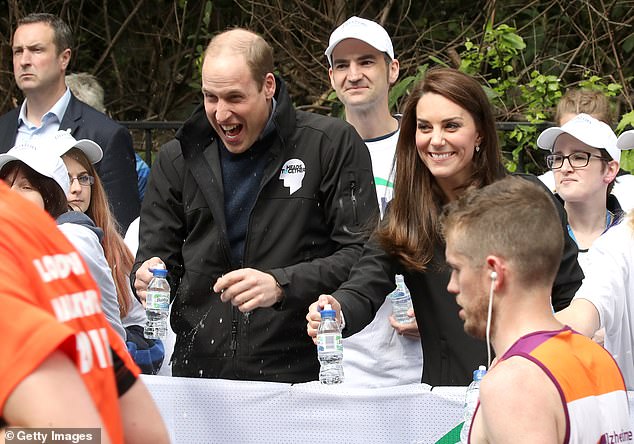 Meghan Markle has hinted that she is due to give birth at the end of April or beginning of May, meaning this weekend could see the new royal welcomed into the world.

Yet the cause of mental health is one that the royals, and particularly Prince Harry, have continued to speak passionately about.

Earlier this month it was announced that the father-to-be was partnering with Oprah Winfrey to produce a  documentary on the topic.

Prince Harry has previously spoken out about battling ‘numerous breakdowns’ while coming to terms with mother Diana’s death, and Oprah, 65, revealed that he jumped at the chance to get involved about a project that is so close to his heart. 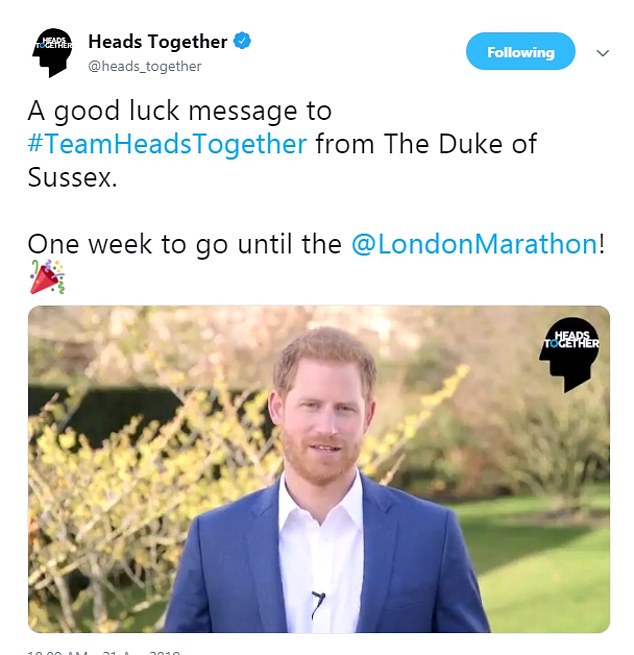 The message from Prince Harry was posted across the charity’s social media channels, and saw him call the race ‘tough’ but the support ‘vital’ to break the stigma around mental health

The multi-part documentary series, which the pair has been working on for ‘several months’ during a number of ‘secret meetings in London’, will focus on both mental illness and mental wellness, and aims to inspire viewers to have an honest conversation about the challenges they face.

This commitment builds on Harry’s long-standing work on issues and initiatives regarding mental health, and has seen him share his personal experience and advocate for those who silently suffer.

The Duke of Sussex said of the series: ‘I am incredibly proud to be working alongside Oprah on this vital series which we have been developing together for several months.

‘I truly believe that good mental health – mental fitness – is the key to powerful leadership, productive communities and a purpose-driven self.

‘It is a huge responsibility to get this right as we bring you the facts, the science and the awareness of a subject that is so relevant during these times.

‘Our hope is that this series will be positive, enlightening and inclusive – sharing global stories of unparalleled human spirit fighting back from the darkest places, and the opportunity for us to understand ourselves and those around us better.’