Prince Philip will ‘undoubtedly’ attend Princess Beatrice’s wedding a month before his 99th birthday if ‘his health permits it’, royal commentator says

The Duke of Edinburgh will ‘undoubtedly’ attend Princess Beatrice’s wedding ‘if his health permits it’, according to a royal expert.

Beatrice, 31, the fifth grandchild of the Queen, 93, and Prince Philip, 98, will marry Italian property developer Edo Mapelli Mozzi, 36, on 29 May at the Chapel Royal in St James’s Palace.

And royal commentator Richard Fitzwilliams says that the Duke of Edinburgh won’t want to miss his granddaughter’s wedding after attending her sister Princess Eugenie’s nuptials to Jack Brooksbank in October 2018.

He told the Express: ‘The Duke of Edinburgh, who will be 99 in June, will undoubtedly attend the wedding if his health permits as he did Eugenie’s, despite having retired.’ 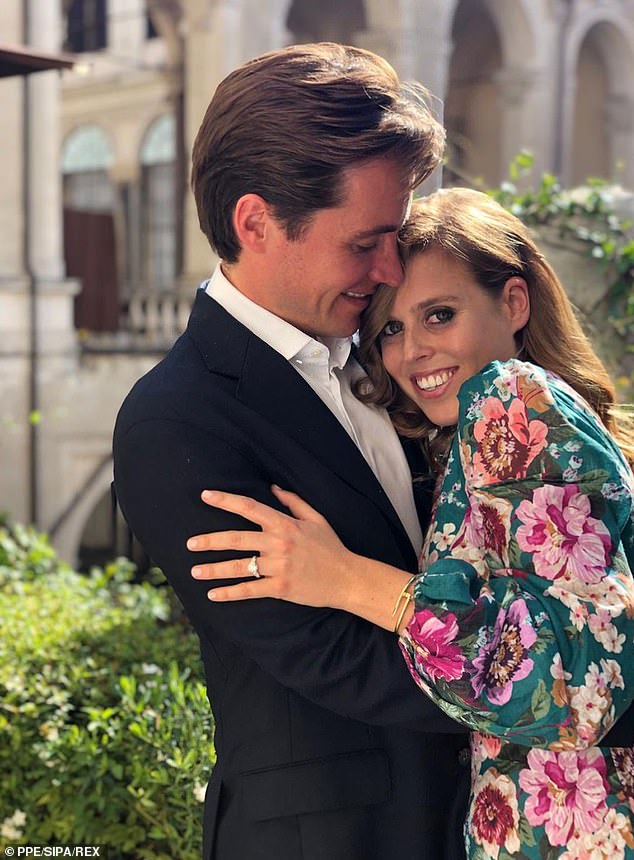 Beatrice, 31, the fifth grandchild of the Queen, 93, and Prince Philip, 98, will marry I talian property developer Edo Mapelli Mozzi (pictured together), 36, on 29 May at the Chapel Royal in St James’s Palace 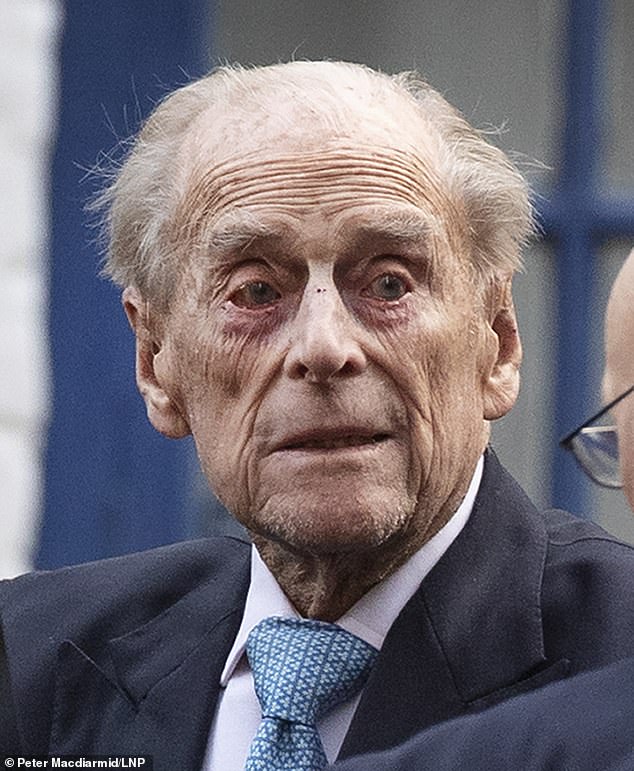 The Duke of Edinburgh (pictured on December 24, 2019) will ‘undoubtedly’ attend Princess Beatrice’s wedding ‘if his health permits it’, according to a royal expert

It comes after Prince Philip spent four nights in the King Edward VII’s Hospital in central London for treatment relating to a ‘pre-existing condition’ in December.

Prince Philip was admitted to hospital over the Christmas period as a precautionary measure, and for observation, after a period of poor health which saw him reportedly battle a ‘flu-like’ illness for weeks and suffer a ‘bad fall’.

The duke, who turned 98 in June, has generally enjoyed good health, appearing to recover well from a planned hip replacement operation in April 2018.

He escaped with minor injuries after a dramatic car crash near Sandringham in January, but in the past decade has been admitted to hospital for abdominal surgery, bladder infections and a blocked coronary artery.

Buckingham Palace would not go into details about Philip’s pre-existing condition, or the nature of his treatment.

Philip’s decision to retire from public duties during 2017 was not health-related, Buckingham Palace said at the time of the announcement.

He spends most of his time quietly at Sandringham, but is occasionally seen in public on family occasions, the most recent being  Lady Gabriella Windsor’s wedding at St George’s Chapel in May 2019. 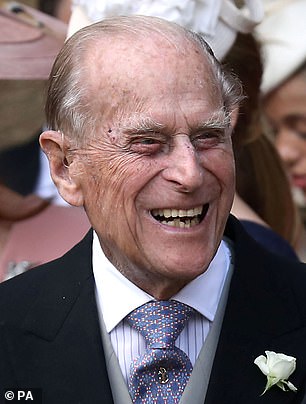 Despite stepping back from royal duties in 2017, the duke is still seen at British royal weddings, with his last appearance being at Lady Gabriella Windsor’s nuptials at St George’s Chapel in May (pictured)

Beatrice and Edo reportedly initially wanted to exchange their wedding vows abroad before taking into consideration the health and age of Princess Beatrice’s grandparents, according to the Express.

Now their planned nuptials will be ‘low key’ and without the fanfare that surrounded the wedding of Princess Eugenie and Jack Brooksbank.

Beatrice and Edo had been together for 11 months at the time they announced their engagement in September last year. Father-of-one Edo proposed with a ring estimated to have cost £100,000, while the pair were holidaying in Italy.

The planning has been somewhat overshadowed by the ongoing scandal surrounding her father Prince Andrew’s friendship with deceased paedophile Jeffrey Epstein.

However it is believed Princess Beatrice will still be walked down the aisle by her father, with whom she shares a close relationship, and that her sister Eugenie will play a role in the wedding.

It was reported last week that the Queen has offered to hold the wedding reception at Buckingham Palace to give her granddaughter a ‘morale boost’.

One friend told the Daily Mail: ‘Bea was delighted and very grateful to accept. It was a really special gesture as it will be the first wedding celebration at Buckingham Palace since William and Catherine’s in 2011.’