Prince William paid his respects to fallen servicemen at a remeberance day service on Sunday.

The Duke of Cambridge attended the annual Submariners’ Remembrance Service and Parade at Middle Temple in London this morning.

The service is held each year to honour submariners of all generations who have ‘Crossed the Bar’ in service to their country.

Crossing the Bar is an 1889 poem by Alfred, Lord Tennyson and is said to be a metaphor for death. 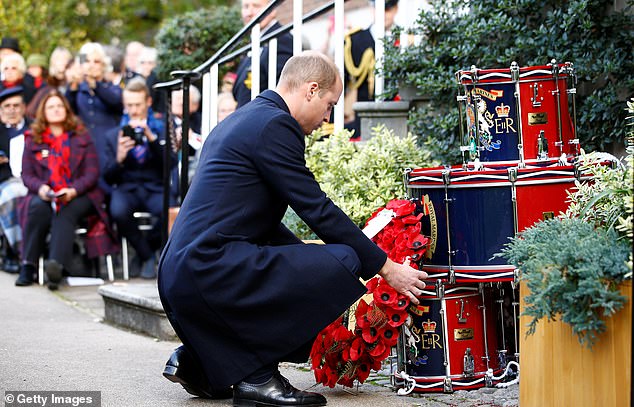 The 36-yea-old royal was sombre as he joined servicemen and their families for the memorial service today.

The father-of-two was dressed in a navy blue overcoat and although he didn’t wear his own uniform he wore several of his military accolades on his lapel as well as a red remembrance poppy.

He laid a remembrance wreath at the foot of the military drums on display at Middle Temple before stepping back to bow in respect.

Four hundred serving and veteran submariners are expected to have attended the annual service of remembrance and parade at Middle Temple Gardens on the Embankment. 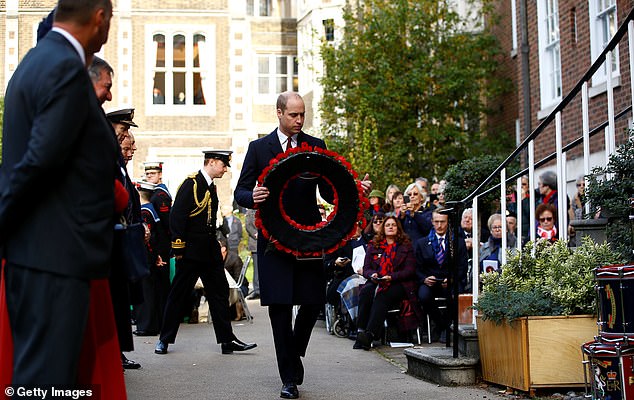 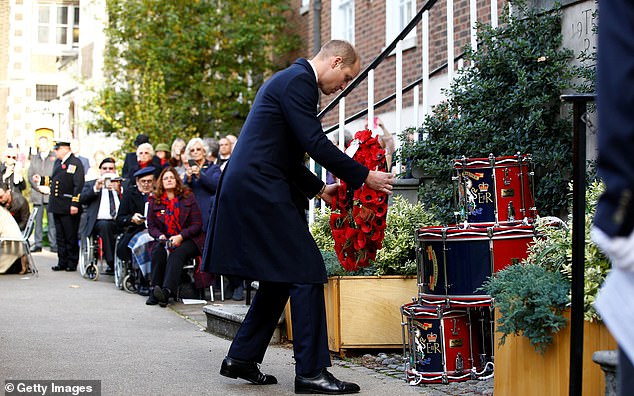 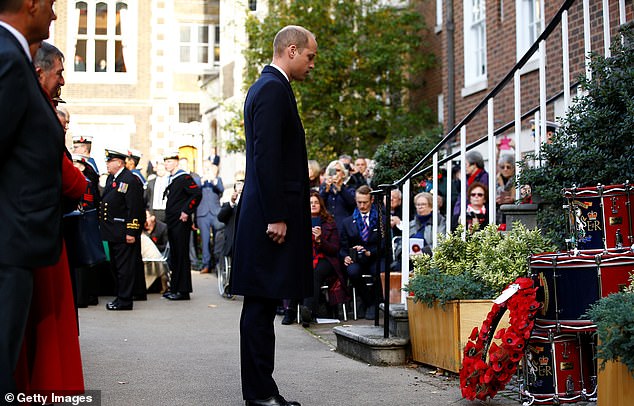 The north bank of the Thames has been the venue for the Submariners’ Remembrance Service and Parade since 1923 – one year after the monument to the Silent Service was dedicated on Victoria Embankment between Blackfriars Bridge and Waterloo Bridge.

It depicts a submarine crew, statues of Truth and Justice, 40 anchor-shaped wreath hooks and lists the submarines lost in both World Wars.

William’s visit today comes shortly after the Duchess of Cambridge paid a surprise visit to London’s Imperial War Museum on Wednesday ahead of Armistice Day to see letters about three brothers of her great-grandmother, all of whom fought and died in the First World War. 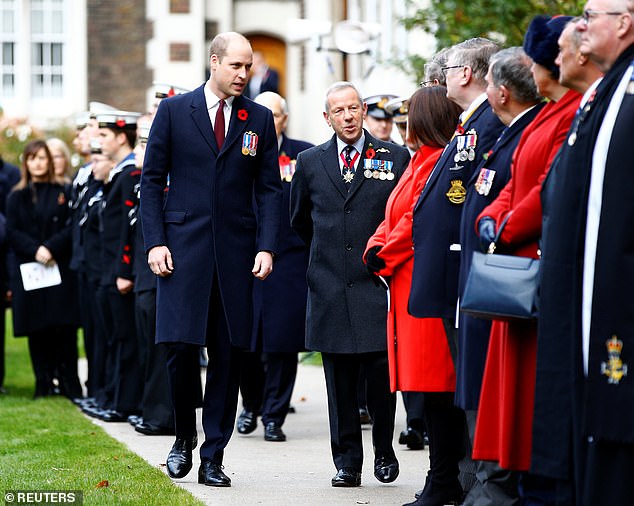 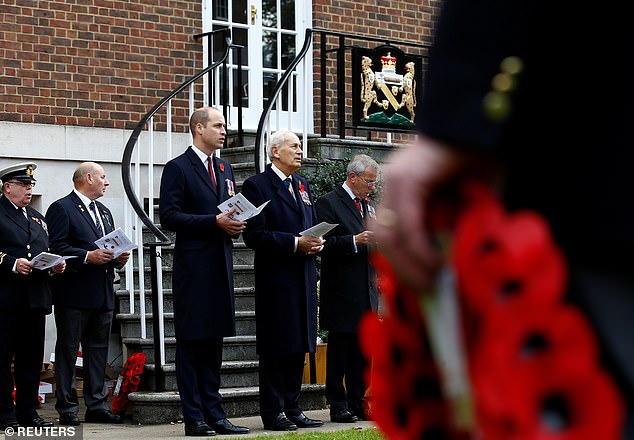 All three sons of Kate’s great-great-grandfather Francis Martineau Lupton were killed in action within two years of each other while serving during the conflict.

Kate viewed poignant letters relating to Maurice, who died in 1915 aged 28, Lionel, who died in 1916 aged 24, and Francis, who was killed in 1917 aged 31, at the IWM’s Documents Archive after undertaking a short tour of the First World War Galleries.

The Duchess had the chance to read an extract from a letter from Maurice to his father, in which he asked for night lights and pencils to be sent to him, and described finding unexploded shells. 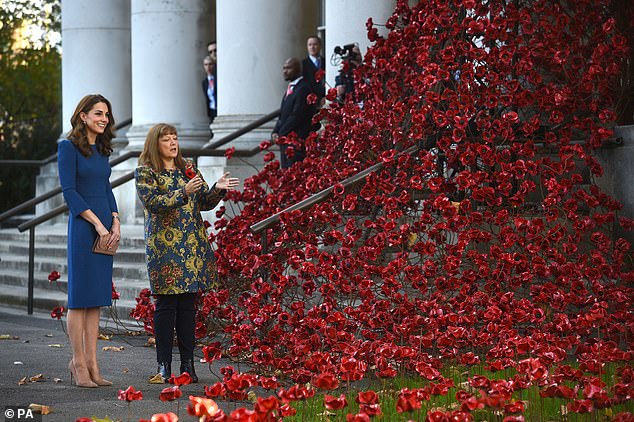 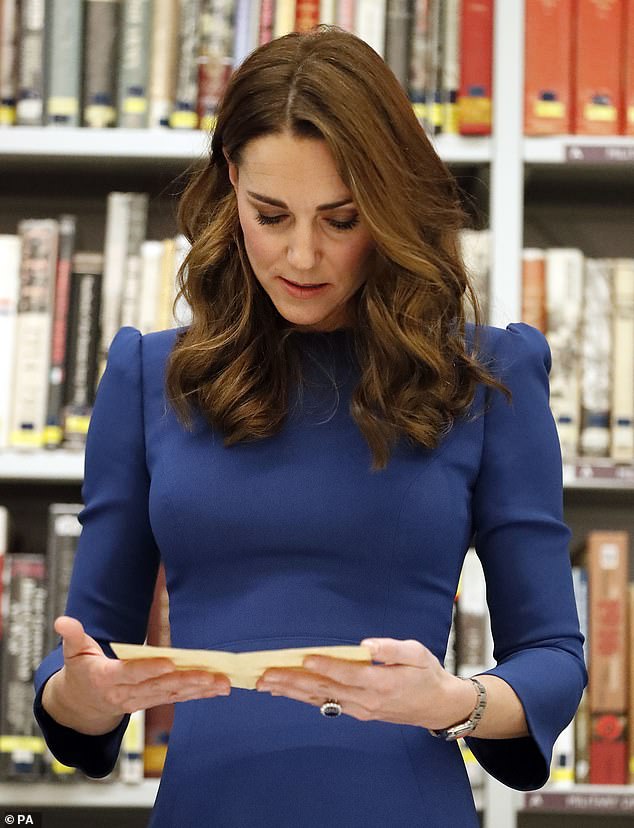 While their Kate read letters about three brothers of her great-grandmother, all of whom fought and died in the First World War