Prince William ‘positions himself as king’ in powerful video message

Prince William, 38, is second in line to the throne and yesterday joined the Queen in marking a special anniversary. The Duke of Cambridge issued a powerful video message recognising RAF Australia’s centenary. The video was shared on social media to coincide with the Queen’s visit to the War Graves Commission Air Forces memorial at Runnymede for a special ceremony.

RAF Australia tweeted the clip of William on Wednesday with the message: “We’ve received a special message from London.

“His Royal Highness, Prince William the Duke of Cambridge has sent us this video to recognise our Centenary and 100 years of service to Australia.”

Speaking in the video, Prince William said: “The 100th anniversary of the Royal Australian Air Force gives us an opportunity to reflect on the service, courage and sacrifice made by generations of air force men and women in Australia and around the world.

“In conflict and in peace, the Royal Australian Air Force has developed an outstanding reputation for resilience, innovation and dedication to duty.” 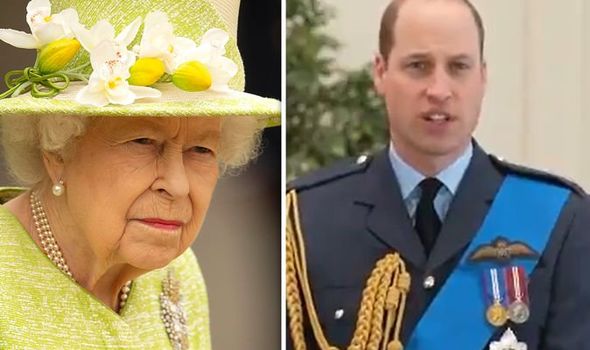 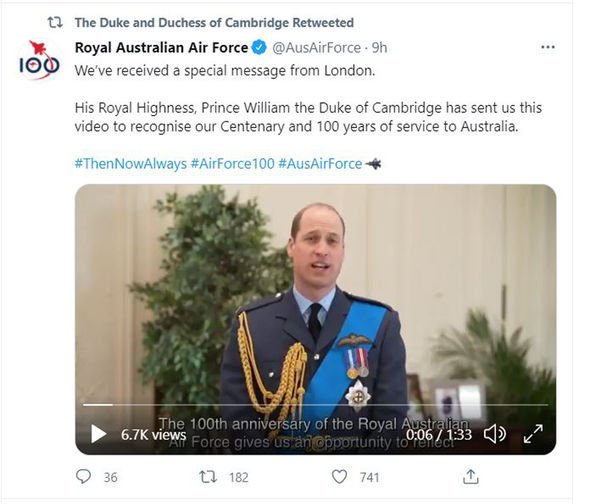 He added: “Over the last 12 months, Australia has faced the challenges of terrible bushfires and a global pandemic.

“The Royal Australian Air Force has once again shown its ability to respond quickly to supporting Australians in need.”

Reflecting on his time as an RAF search and rescue pilot, William said: “During my own service I had the pleasure of meeting many serving Australians and have seen first-hand the special bond shared between our two services.

“More recently, Catherine and I have been welcomed at a number of Royal Australian Air Force bases and have enjoyed hearing stories from serving personnel.” 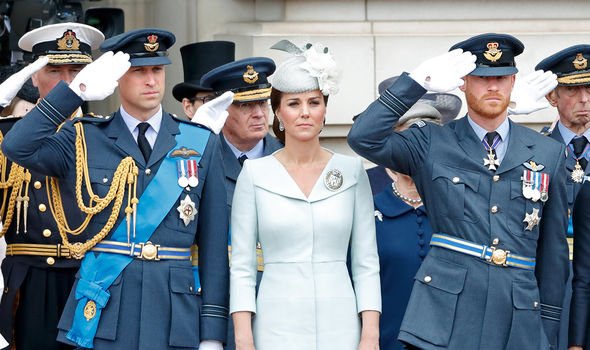 According to the analyst, William positions himself as “as the man who will be king” in the new video.

She told Express.co.uk: “After his more casual lockdown video appearances, this message seems to re-present William very emphatically as the man who will be king.”

Dressed in RAF attire, Judi claimed the Duke of Cambridge managed to channel some of the Queen’s clout in his latest address.

She said: “Formal but also emotional and delivered in full RAF uniform, the wording of this address shows William in a role that really only the royals like the Queen can do.

“The structure is in keeping with the kind of address that HM would do for her more formal messages, beginning with a historic eye before bringing the story up to add and then adding a more personal note that bonds the people to the royal via experience and a long-term relationship of mutual caring and admiration.

“William begins with an updated version of the royal ‘We’, using the word ‘Us’ to encompass himself and the two countries.

“The sense of history and destiny is created by his words of ‘service, courage and sacrifice made by generations of men and women…’. William refers to ‘in conflict and peace’ to retain the historical context and his praise for the RAF’s ‘outstanding reputation for resilience, innovation and dedication to duty’ will sound all the more personal and heartfelt, coming from a man with his own experience in the air force.” 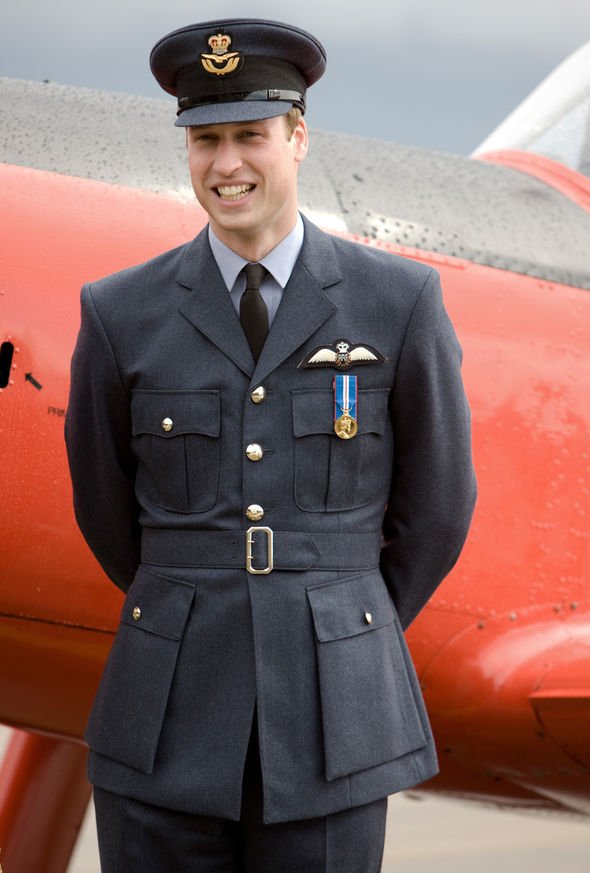 William takes care to bring his message up to date with current events, Judi claimed.

She said: “William’s second chunk follows the royal route of bringing his references up to date with his acknowledgment of current challenges.

“William sticks to a more formal tone but by adding the word ‘terrible’ to describe the bush fires he begins to add a more personal touch that emerges more strongly in the last chunk.”

The Duke touches on his own experience as in the RAF to make the message relatable, according to Judi.

She said: “William moves fully into the personal form of address at the end, beginning with ‘During my own service…’ to create a sense of knowledge, experience and empathy.

“‘I have seen first-hand…’ is the kind of powerful edge that it is often only the royals can add into their speeches to make their praise so special and so accurate.”

The Duke also give his wife Kate, Duchess of Cambridge a mention in the speech to add “emotional input”, Judi claimed.

She said: “Bringing his wife into the very last chunk, William adds some more direct emotional input, sharing how ‘Catherine and I…have enjoyed hearing stories from serving personnel…’ to form a verbal tie-sign.

Judi added: “Comments like this tie large groups to one person (or two in this case) and makes a message sound personal to each person hearing it.

“It is the verbal version of the ‘wave and point’ trait that the Clinton’s would always use going on stage in front of a huge audience.

“First they would greet the audience as a whole but then you would always see them pointing out individuals in the crowd to one another to signal a more personal form of empathy that defines a less personal large group as lots of personal individuals.”