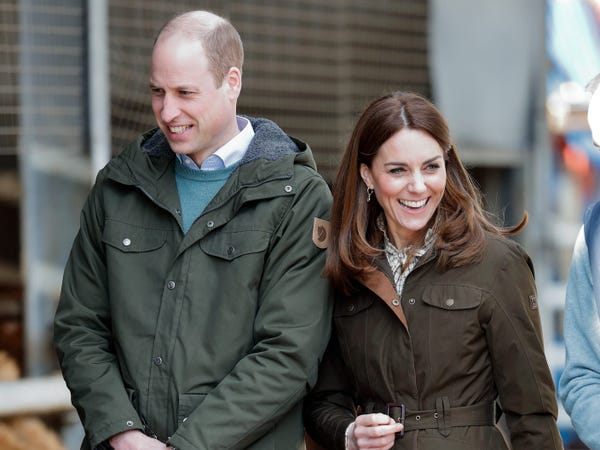 The Duke of Cambridge tested positive for COVID-19 in April but kept it a secret so as not to alarm the nation, The Sun initially reported.

The 38-year-old contracted the coronavirus days after his father, Prince Charles, tested positive, according to the publication.

Clarence House confirmed the Prince of Wales had tested positive for COVID-19 on March 25 after "displaying mild symptoms."  There is no indication in The Sun's report that the two cases were related.

It has not been confirmed where and when Prince William contracted the virus.  However, The Sun reports that there was a seven-day break from video engagements from April 9 until April 16, when he opened the Nightingale Hospital in Birmingham via video link.

"After news of Boris [Johnson] and Charles' illnesses broke — and Boris had been rushed to hospital — William was concerned that informing the country about his own plight would send everyone into panic mode," The Sun wrote.

"There were important things going on and I didn't want to worry anyone," William told one person during a royal engagement, the publication reports.

The publication wrote that the prince was treated by palace doctors and self-isolated at his family home Anmer Hall in Norfolk but wanted to keep things "business as usual."

"At one stage he was struggling to breathe, so obviously everyone around him was pretty panicked," a source told The Sun.

"After seeing medics and testing positive — which was obviously quite a shock given how fit and healthy he is — William was determined it should be business as usual though.

"He was determined to fulfill his engagements," the source added, referencing the virtual engagements William took part in over Zoom during the UK lockdown.

The source added: "The Queen delivered her 'We Will Meet Again' address, and he just didn't want to worry people. He felt there were more important things going on in the country."

"But as a result of his own experiences, he realizes absolutely anyone can catch this awful disease — and knows how imperative it is that we all take this second lockdown seriously," they said.

The duke joked that he and Kate Middleton were "spreading coronavirus" the month before he tested positive.

Speaking to a paramedic during his tour of Ireland at the beginning of March, William said: "I bet everyone's like 'I've got coronavirus, I'm dying,' and you're like 'no, you've just got a cough.'"

He later joked: "By the way, the Duke and Duchess of Cambridge are spreading coronavirus, sorry … We're keeping an eye on that, so do tell us if we need to stop."

He made the comments before the UK was put into lockdown later that month.

William and Middleton spoke about Charles' coronavirus diagnosis during an interview with BBC News on April 17, saying "at first I was quite concerned."

"He fits the profile of someone at the age he's at, which is fairly risky," William added. "So I was a little bit worried, but my father has had many chest infections, colds, things like that over the years. So I thought to myself, if anybody is going to beat this, it's going to be him."

"Obviously I think very carefully about my grandparents, who are at the age they're at," William said. "And we're doing everything we can to make sure that they're isolated away and protected from this."

Kensington Palace declined to comment when contacted by Insider for this article.