Princess Beatrice announced her engagement by posting a series of snaps with her new fiancé online last month. The announcement came nearly a year after her sister, Princess Eugenie, 29, tied the knot with long-term partner, Jack Brooksbank, 33. Although they are sisters, the pictures reveal the royals have very different relationships, body language expert, Judi James, told Express.co.uk. How will their marriages compare?

Eugenie wears a rather grown-up expression of calm confidence.

Beatrice and Eugenie had very contrasting engagement pictures which could show they have different relationships with their partners , Judi explained.

She said: “As close as these sisters are, their body language during their official engagement photos suggests contrasting relationships and even a contrasting approach to marriage.”

Eugenie and Jack chose a more formal approach when posing for their engagement portraits.

“Eugenie and Jack’s poses are more formal and regal but they also illustrate a dynamic of near-equals in terms of power,” Judi said.

“Both stand upright, face-to-face and eye-to-eye and the only PDA aspect comes from the excited and very loving expressions in their eyes. The touch between them is formal and primarily created to feature the engagement ring.” 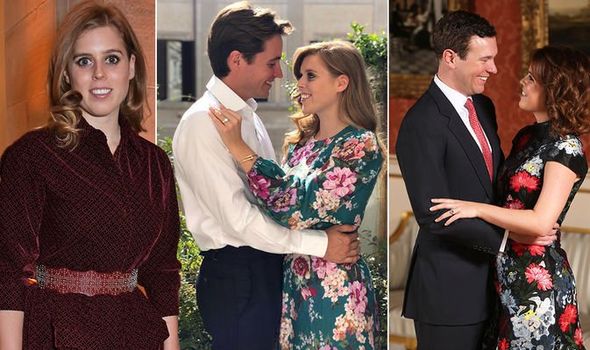 The body language in Eugenie’s snaps show she is confident and in a secure relationship with Jack.

Judi explained: “Eugenie wears a rather grown-up expression of calm confidence that is possibly being used to subtly reassure the rather shy-looking groom.

“Their facial expressions and smiles are heavily mirrored, suggesting a like-minded approach behind all the signals of happiness.”

However, newly-engaged Beatrice and Edo opt for more romantic poses which could show they could still be in the honeymoon phase of their relationship.

She said: “Beatrice, on the other hand, has opted for poses that are both modern in terms of echoing the more emotionally-intimate snuggling of the engagement shots of William and Kate and Harry and Meghan.

“It is also very traditional in the way that Edo is posed like the protective, charming and confident groom gazing fondly down at his smitten and more vulnerable-looking bride-to-be.” 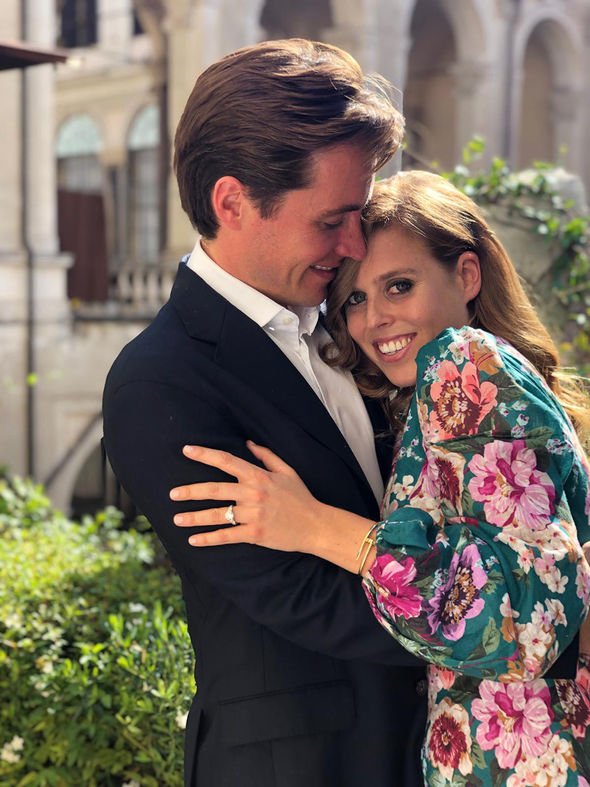 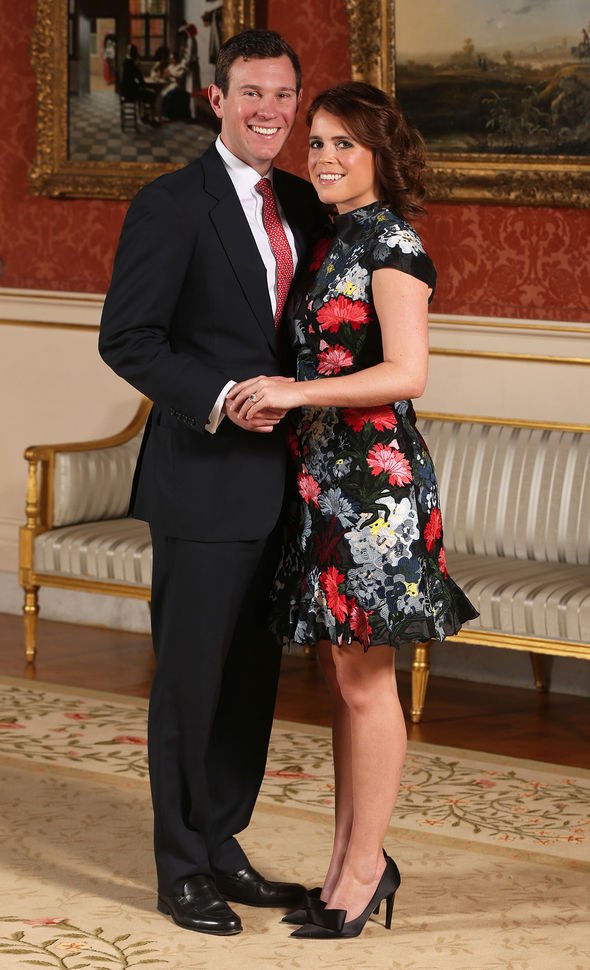 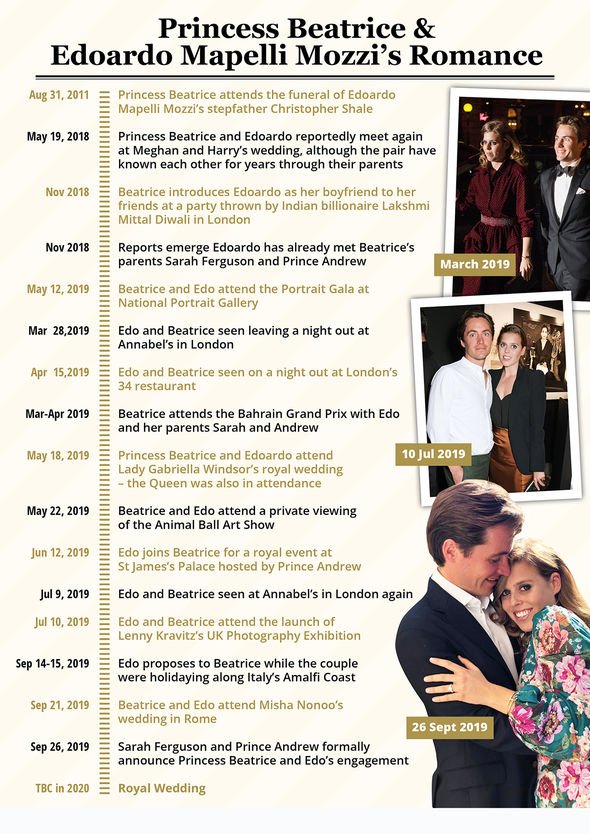 In the snaps, the differences between the grooms can be spotted as Jack looks shy compared to confident Edo.

Judi told Express.co.uk: “Beatrice and Edo’s poses are actively romantic, emphasising his sophistication in contrast to Jack’s rather sweet shyness.

“Beatrice looks like a fan as well as a partner here, peering out shyly from Edo’s chest and even raising one shoulder to imply cute, wide-eyed excitement.”

Beatrice and Edo were seen out together for the first time since announcing their engagement as the attended The Dior Sessions book launch in London.

The body language between the pair suggested they could take tips from Beatrice’s cousin, Zara Tindall.