Princess Diana’s goddaughter, who has Down’s syndrome, is praised by viewers as she shows off her first pay cheque on This Morning

Princess Diana’s goddaughter was praised by viewers after she showed off her first pay cheque on This Morning today.

Domenica Lawson, who has Down’s syndrome, appeared on the show to talk about her job at the Pavilion Gardens Cafe, in Brighton, where she secured a job last month.

Speaking to presenters Phillip Schofield and Holly Willoughby, Domenica, 24, said she enjoys meeting customers and plans to spend her wages on make-up and drinks with her sister.

She was joined on the show by her mother Rose Mockton, a close friend of the late princess and a campaigner for the right of young people with disabilities to work, who spoke about their charity, Team Domenica. 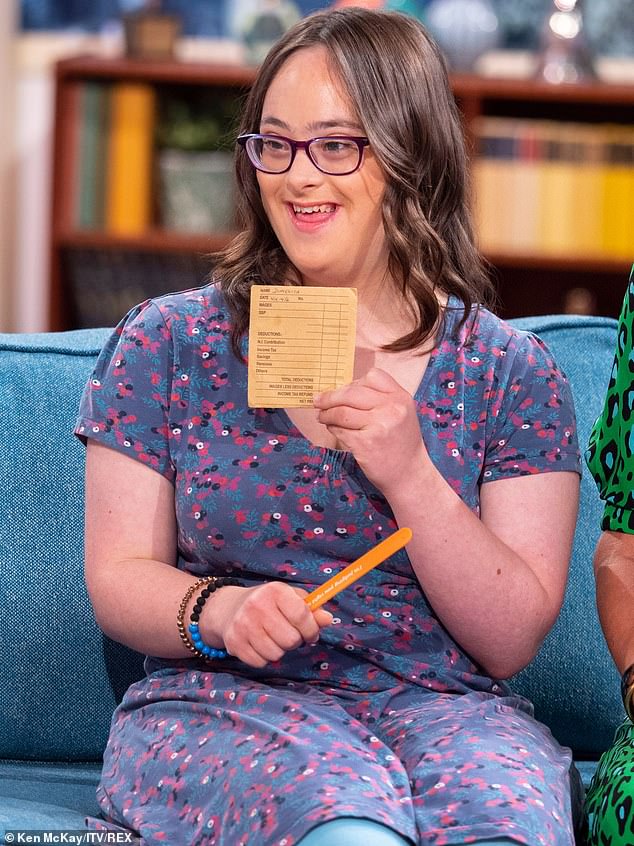 Praised: Princess Diana’s goddaughter Domenica Lawson, who has Down’s syndrome, was praised by viewers after she showed off her first pay cheque on This Morning today, pictured

Team Domenica is based in Brighton and operates a training centre, a training cafe and an employment centre. It helps give those living with disabilities the chance to train for the world of work through a series of employment programmes.

Miss Mockton said: ‘We created it [Team Domenica] three years ago and the whole purpose of it is to get people into work with learning disabilities.

‘The national statistic of people with learning disabilities was 5.6 per cent and we are now up to 72 per cent after three years.

‘We have a training cafe, and educational programme and an employment agency working with 30 businesses in Brighton.’ 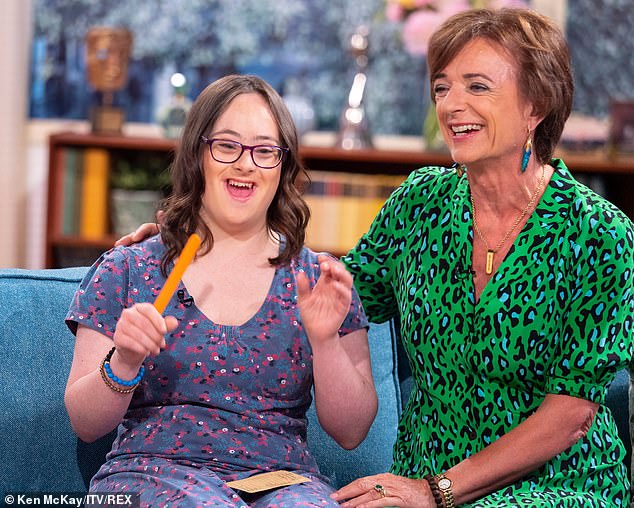 Important work: Domenica appeared on the show with her mother Rosa Monckton, a close friend of the late princess, pictured, who also spoke about their charity, Team Domenica

Domenica took part in the charity’s Supported Internship Programme and completed a work placement at the cafe.

But bosses were so impressed they offered Domenica a paid position, with shifts twice a week.

The 24-year-old was the picture of pride as she held up for her pay cheque to the ITV cameras today.

Viewers were touched by the story and took to Twitter to praise Domenica. 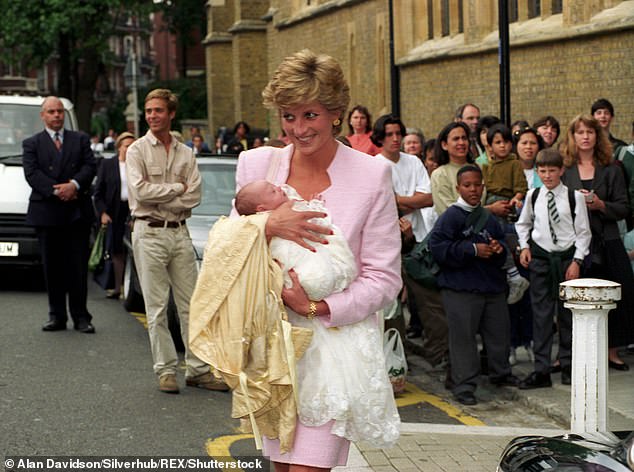 Close bond: Miss Mockton added her friend Princess Diana would be especially proud of her goddaughter. Pictured, Diana carrying her goddaughter Domenica at her christening in 1995

One posted: ‘It is so heartwarming to see that society is gradually starting to open up and accept people with special needs into the workplace.’

Miss Mockton, who is married to journalist Dominic Lawson, explained her daughter had defied the odds as doctors had said there was a chance she might never be able to walk or talk.

‘She has proven them wrong,’ Miss Mockton continued. ‘Because her favourite thing is dancing and she talks non-stop.’ 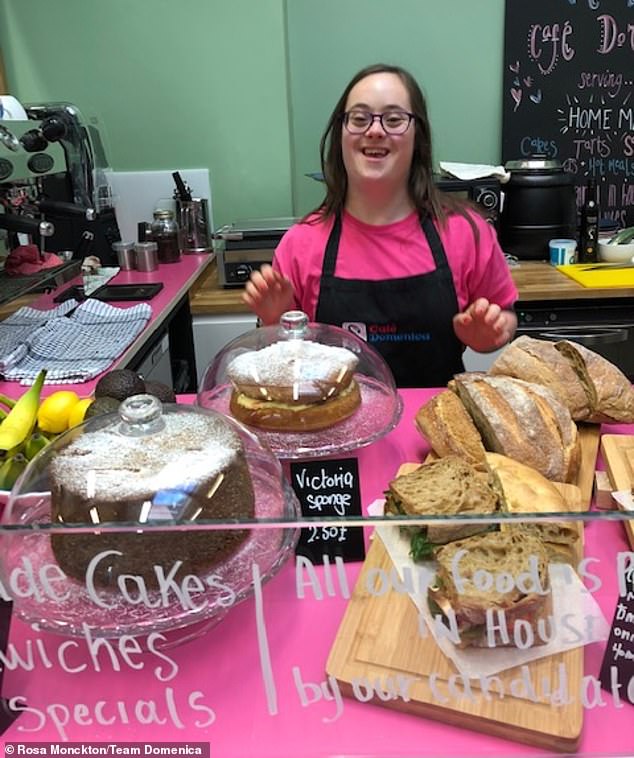 First job: Domenica has been working at the Pavilion Gardens Cafe since securing a job last month. Pictured, the 24-year-old beams from behind the counter in the Brighton cafe

Miss Mockton added her friend Princess Diana would be especially proud of her goddaughter.

She said: ‘She [Princess Diana] showed immediate empathy and cut through any red tape. She’d be particularly proud of her god daughter – she is pioneering for others.’