They share a spiritual bond, but last night Princess Martha Louise of Norway and her shaman boyfriend sampled more earthly pleasures, as they enjoyed a date night at swanky celebrity hotspot the Chiltern Firehouse last night.

The mother-of-three, who is the eldest daughter of King Harald and Queen Sonja of Norway, announced she was in a relationship with the self-proclaimed ‘spiritual guide’, Durek Verrett, 44, a month ago.

Durek describes himself as a ‘spiritual guide and gifted healer’ and ‘sixth generation Shaman’ and claims he can reduce ageing by using his power to ‘access the atoms’ inside the human body.

The spirit guide and the royal arrived at the trendy venue last night, where they attempted to keep a low profile by sneaking in the back entrance to the restaurant. 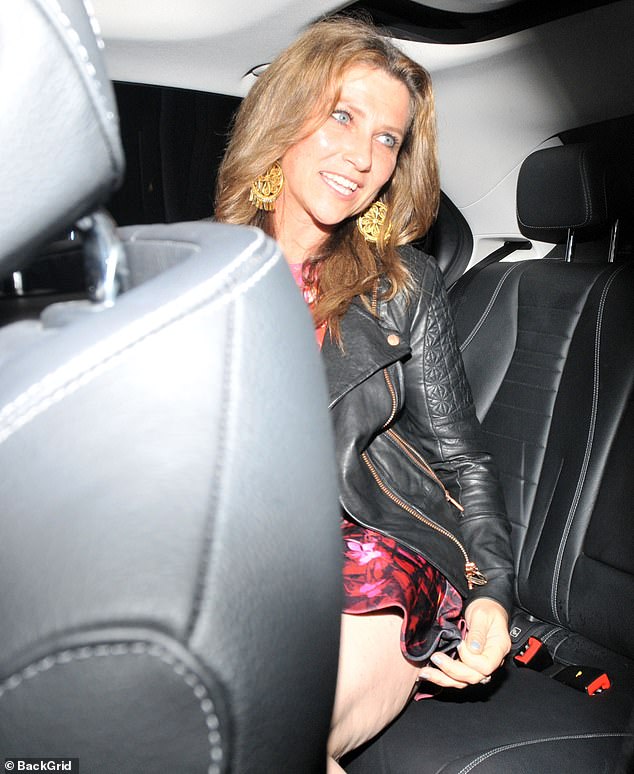 Princess Martha Louise of Norway enjoyed a night out with her new beau yesterday. The couple are reportedly ‘madly in love’

Princess Martha beamed as she arrived in a stunning pink and red floral dress.

She slipped on a trendy leather jacket to keep her warm, and finished her outfit with a towering pair of black stilettos and a huge pair of gold earrings.

The mother-of-three kept her makeup relaxed for the date night, sweeping a bronzer across her cheeks to give a summery glow.

Meanwhile Durek appeared to wear a navy and khaki floral kaftan over the top of a smart white shirt and navy trousers. 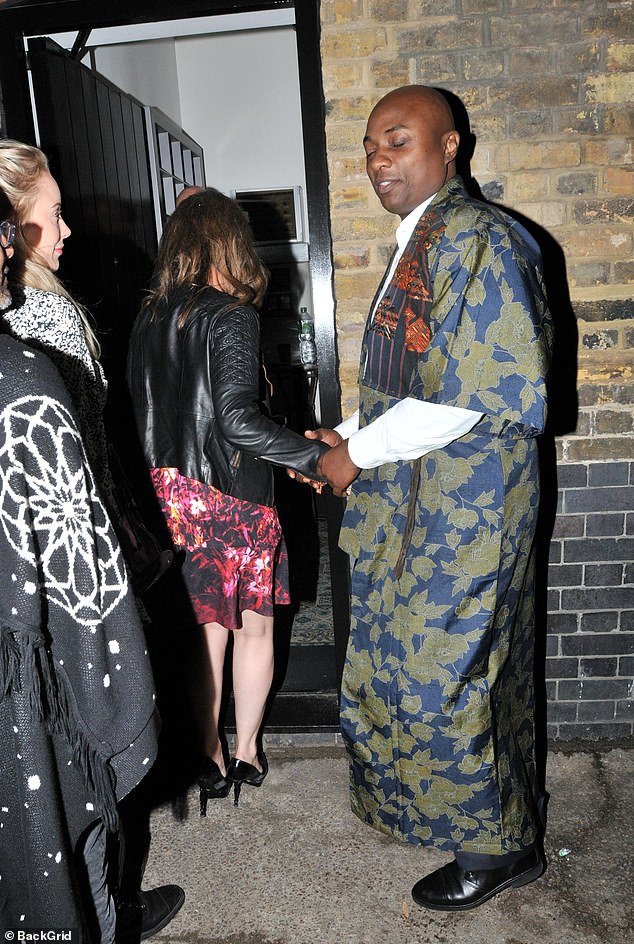 The couple appeared to hold hands as they entered the Chiltern Firehouse last night. The London hotspot includes a hotel, bars and restaurants

The new couple appeared to hold hands as they entered the trendy venue, and at the end of their evening, they left beaming as they hopped into a waiting car.

Sources previously told DailyMail.com they are ‘madly in love’, and that they intiially met when the royal was one of Durek’s clients.

A self proclaimed ‘spiritual leader’, Durek works with clients from all walks of life including Hollywood celebrities and insiders, musicians and reality TV stars, professionals and European royalty.

He’s friends with Gwyneth Paltrow who he’s dubbed his ‘soul sister’ and her husband Brad Falchuk – his ‘spirit brother’ – and he’s been interviewed for Goop on subjects such as getting rid of negative energy. 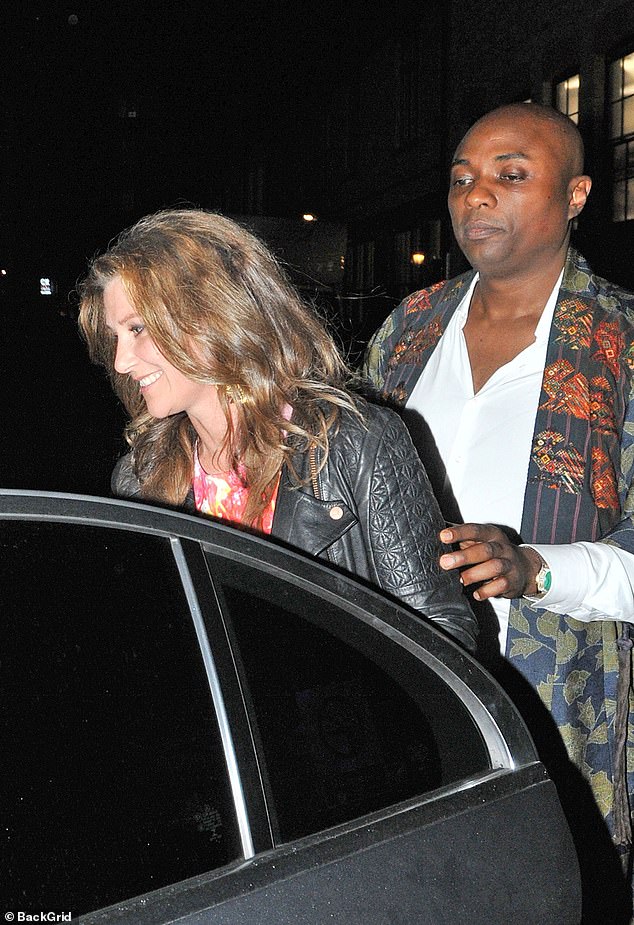 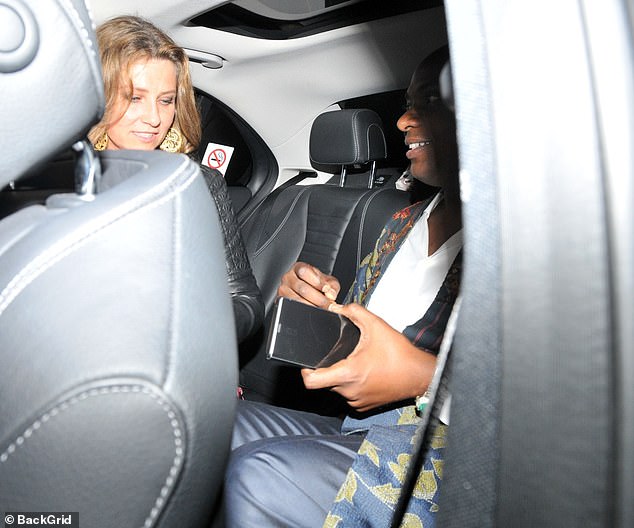 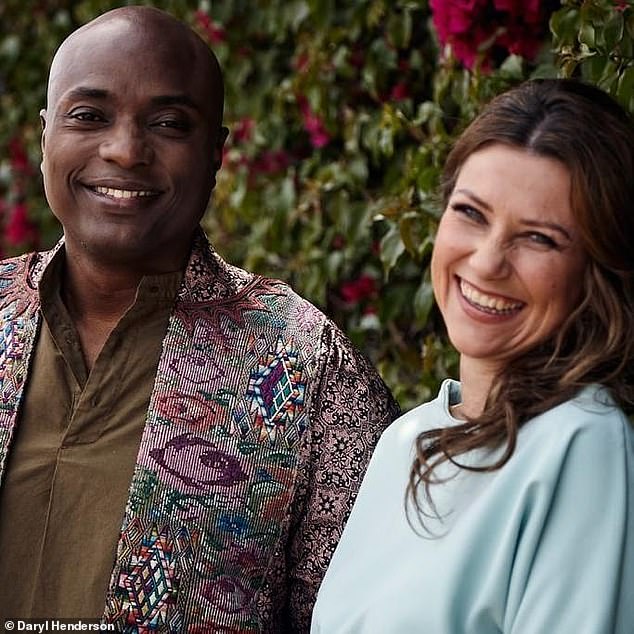 Shaman Durek, 44, real name Durek Verrett, is believed to be based in Los Angeles. Pictured, the couple in a photo shared online in May

He refers to himself as being an ‘evolutionary innovator, spirit hacker, women’s empowerment leader and human rights activist.’

Due to Norway’s rules of succession favouring sons, Princess Martha Louise is fourth-in-line to the throne after her younger brother Prince Haakon, 45, and his two children, Prince Sverre Magnus, 13, and Princess Ingrid Alexandra, 15.

It leaves the divorcée free to pursue her own career, which includes running an entertainment company and charitable foundation. 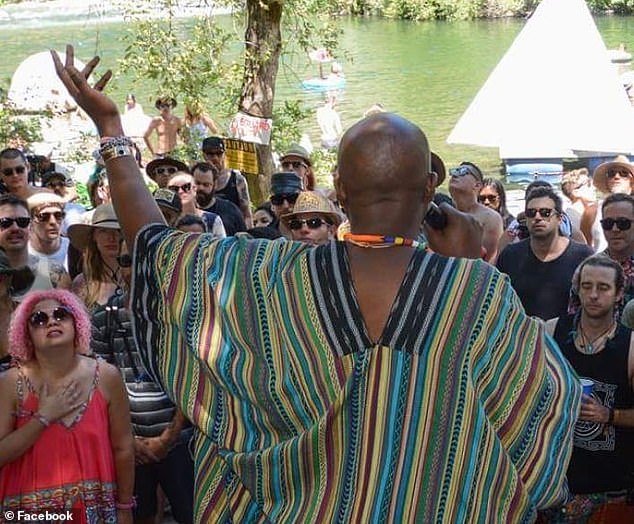 Durek, who describes himself as a ‘sixth generation healer’, is believed to have been friends with Princess Martha for years 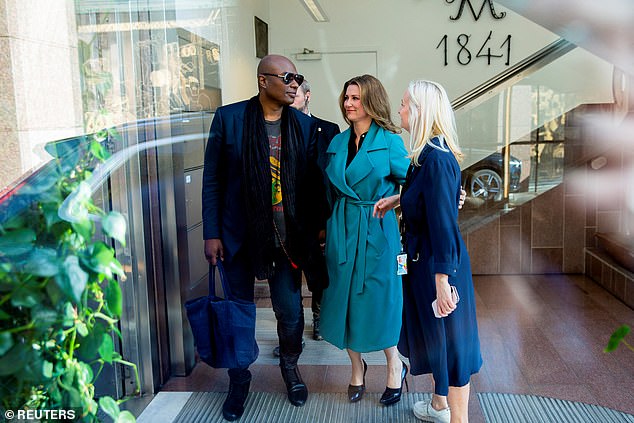 Princess Martha Louise has long been known to have an interest in spiritual practises and last year travelled to India for a retreat with friends.

In 2007 there were calls for her to renounce her royal title after she announced plans to open a school that would train people to communicate with the angelic realm.

It appears that Martha Louise and Durek bonded over their spiritual understanding before they became a couple, with the shaman referring to the royal as one of his ‘good friends’ in interviews. 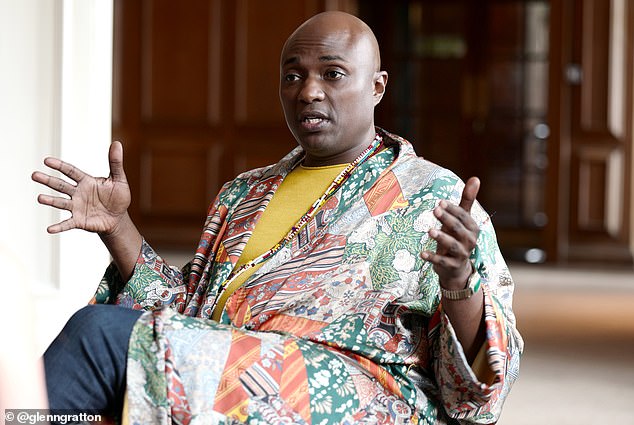 Durek, who was born in Sacramento, claims he first became ‘aware’ of his shamanic abilities when he was five but that he didn’t start training until age 11 and that he is a ‘sixth generation healer’.

His mother, who he says was who exposed him to the spirit built when he was a baby, was Norweigan-Indian and his father was African-Haitian.

Durek, who on social media says he is romantically interested in both men and women, claims she predicted his romance with the divorcee royal.