Less is more! Property developer reveals how he netted a £240,000 profit on a three-bedroom London flat by making it SMALLER – and sold it as a revamped luxury two-bed pad for £1.58million

A property developer has revealed how he took a huge risk by taking away a bedroom in a three-bedroom flat he was renovating – but reaped the rewards when it came to selling it.

West London developer Ben Wilson shared details of a successful renovation of the flat in a grand terrace house in Earl’s Court, saying he’d earned a whopping £240,000 after making the decision to transform the period property into a more spacious two-bed – and admitted he’d even made the home smaller than it had previously been.

He told members of the All About Property Facebook group how changing the lay-out – and adding in luxurious new kitchens and bathrooms – saw him make a handsome 20 per cent profit after he originally snapped up the home for £1.1million.

Ten months after buying it, the re-worked Georgian pad sold for £1.58million, or £1600 per square foot, which, says Wilson, was ‘a record price for a flat on a fairly average street in Earl’s Court’. 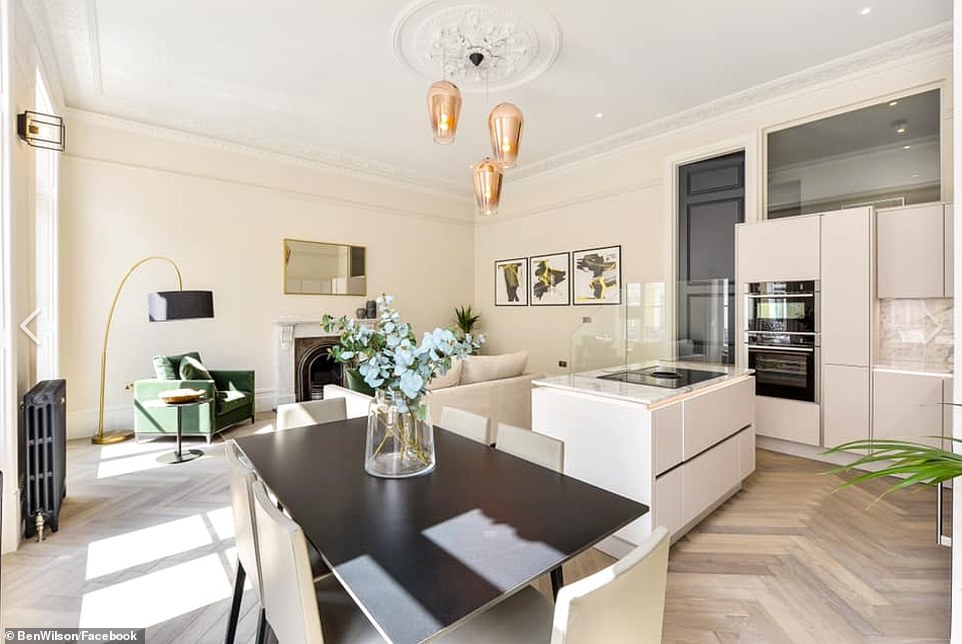 West London developer Ben Wilson shared details of the successful renovation of a three-bed Georgian flat on Trebovir Road in Earl’s Court. After purchasing the property for £1.1 million, Wilson spent £200,000 transforming the flat before selling it on for £1.58million 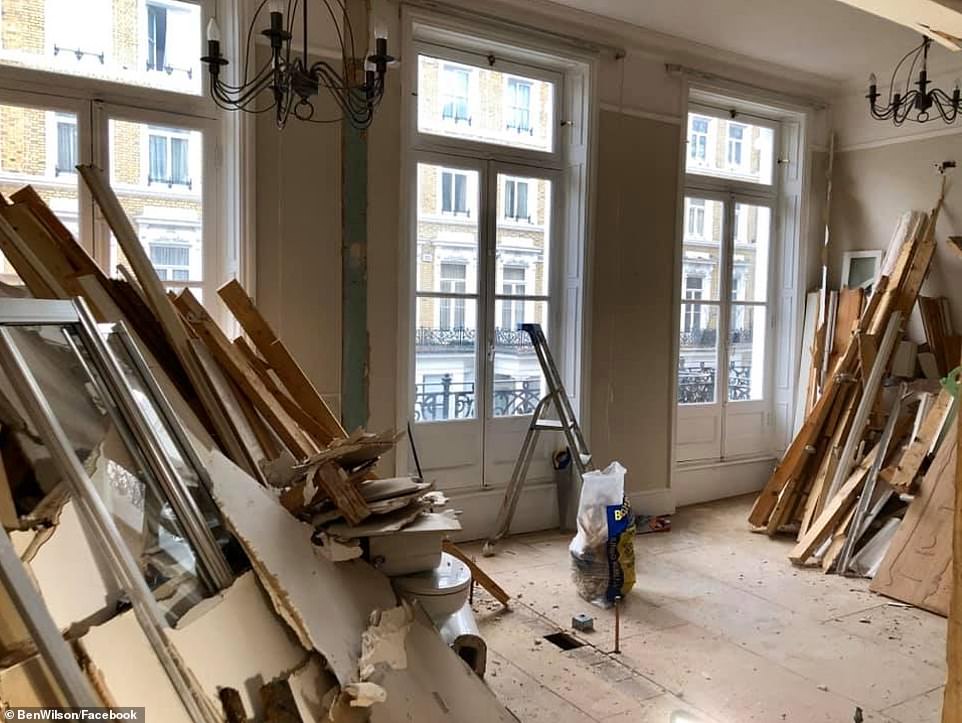 Project: While the lay-out actually made the Earl’s Court flat smaller – by losing one of the property’s bedrooms, it restored the period features in ‘painstaking’ fashion and added a stack of luxury features which saw its price tag swell to £1.65 million 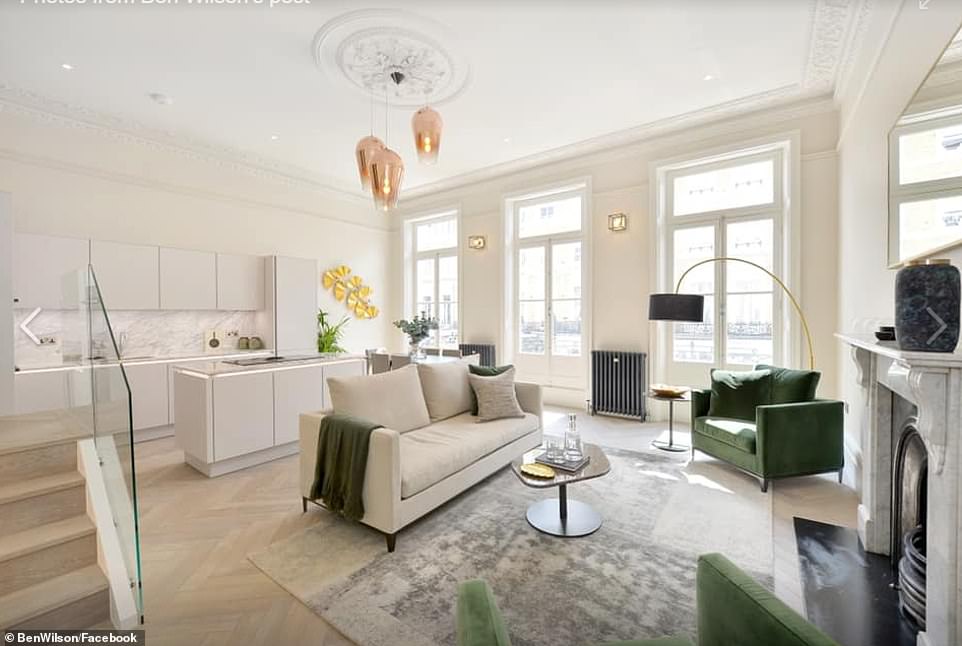 Sharing the details of his successful renovation, Wilson told the All About Property Facebook group that he made a 20 per cent profit by changing the lay-out and transforming the decor of the London flat 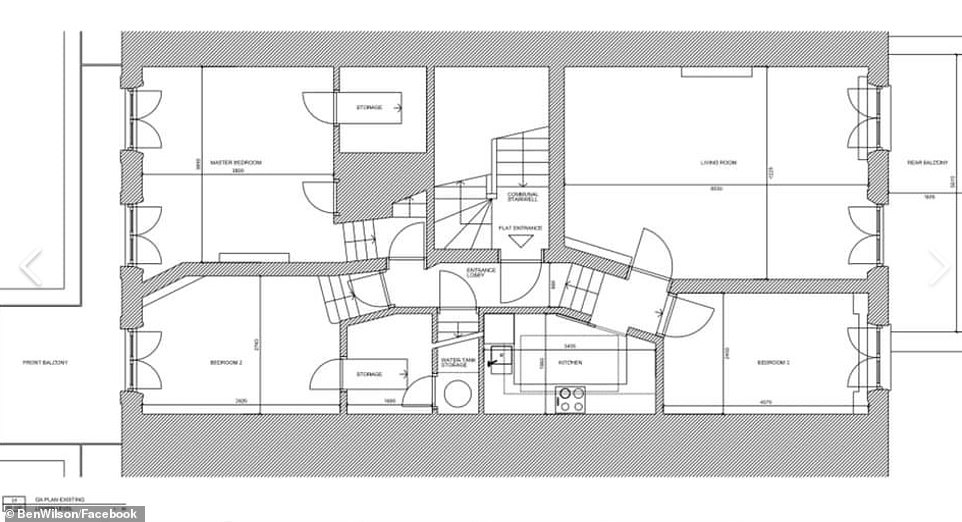 The re-worked lay-out put an open plan kitchen and living room in the flat’s front, with three period windows allowing light to pour in

Sharing photos of the redevelopment of the period property on Trebovir Road in the popular London suburb, he explained to the 30,000 fellow members of the group: ‘I purchased this flat as a 3 bed/2 bath and turned it into a 2 bed/2 bath with study. I also made it smaller, which goes against every developing instinct of mine.

‘Having said that in London a stunning 2 bed will almost always sell for more than a compromised 3 bed, so that was the route I took.’

When the walls had been knocked through, the developer set about adding a luxury finish, saying: ‘We refurbished the flat to a high spec, adding two marble bathrooms, German handle-less kitchen, hand-finished oak floors, a galleried study with large fire-rated window allowing light in and offering views of the drawing room.’ 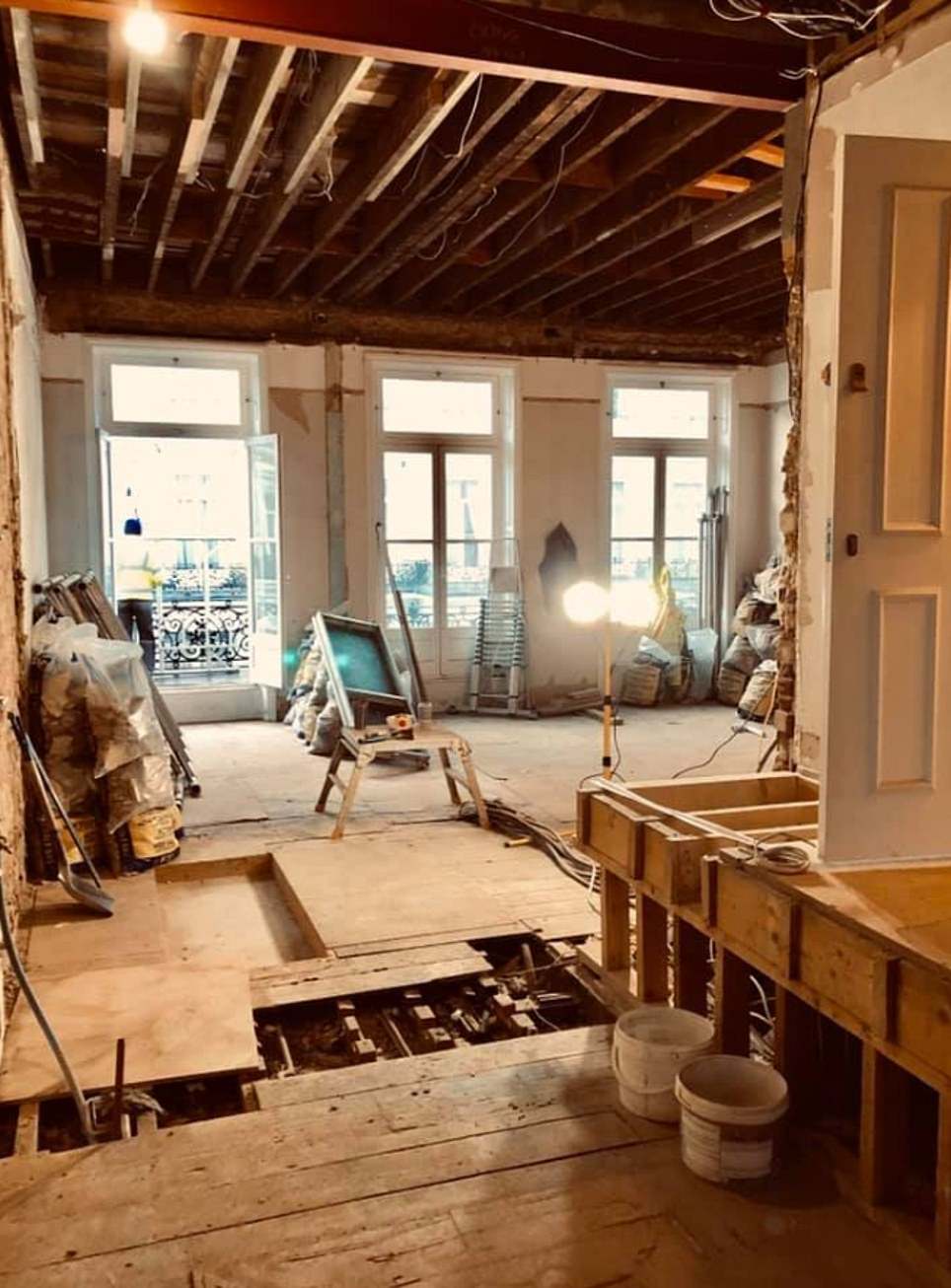 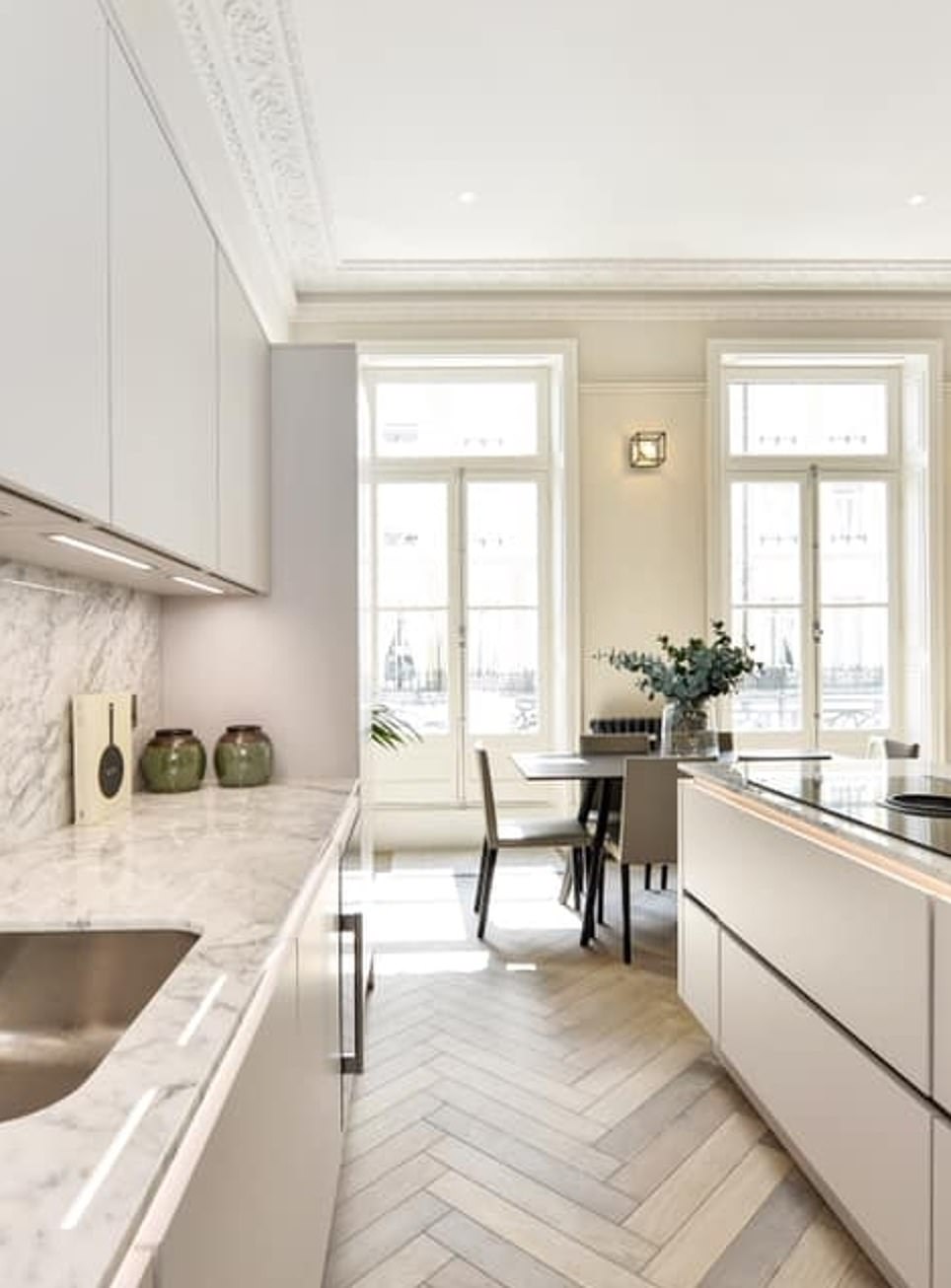 Fellow property developers praised Wilson for his ‘bravery’ in having the vision to see what the property could look like (Pictured: during the revamp, after Wilson had finished the work) 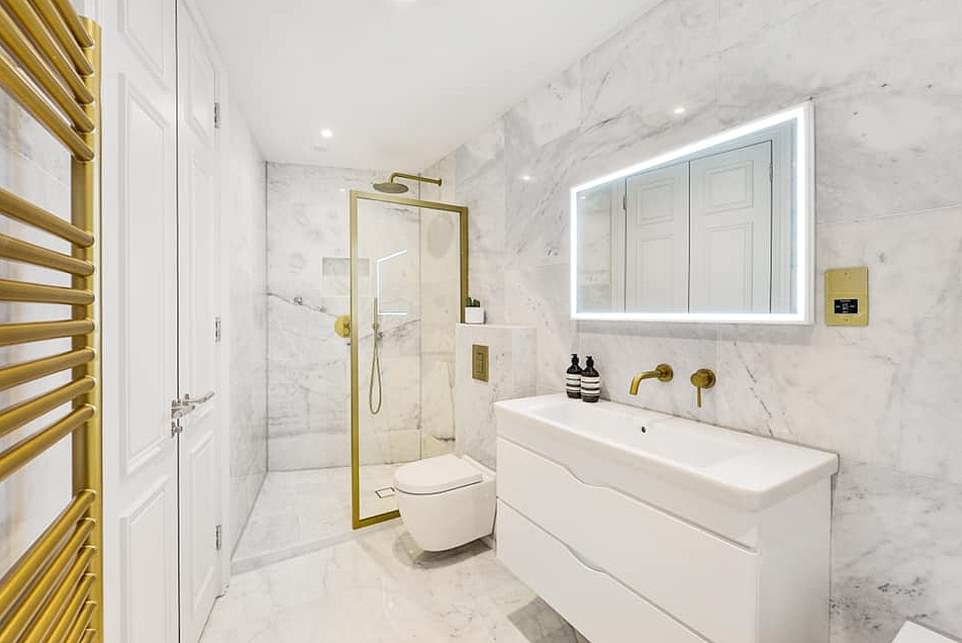 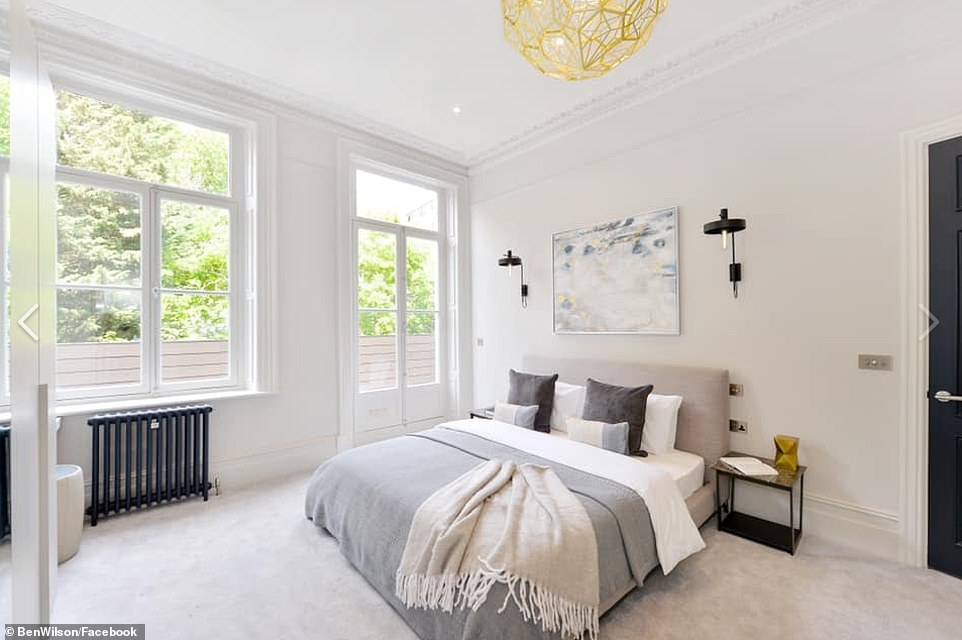 The master bedroom moved to the rear of the flat, moving the sleeping quarters away from the road 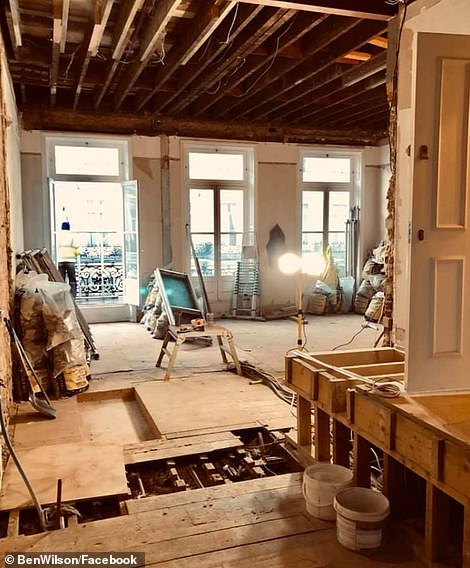 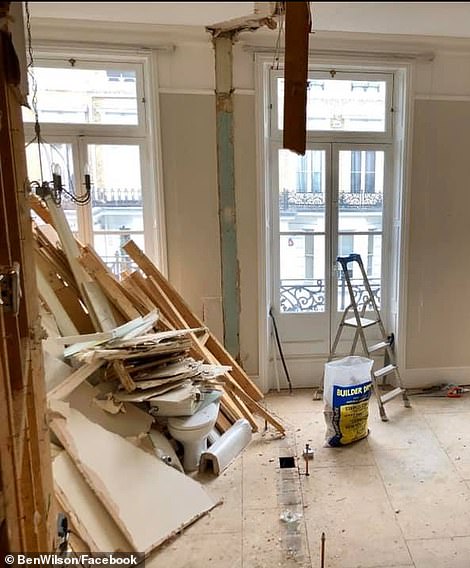 Forward thinking: Wilson told fellow developer enthusiasts that making a property smaller went against everything he’d learned but the risk proved worth taking as he earned a significant return on the West London flat

HOW THE PROFIT WAS MADE

Profit: around 20 per cent

The beautiful white marble bathrooms, including an en-suite in the master bedroom, cost just over £15,000 not including labour, says Wilson.

He said those working on the project also ‘painstakingly restored’ the period features of the home.

While the eventual price tag was a record for the street, says Wilson, he wasn’t surprised that his tactic to re-think the way the flat was laid out had worked.

He said: ‘These first floors, full of period charm and with front and rear terraces always sell for huge money – other than being on a garden square you don’t really find better flats in London. The aspect from the rear terrace was stunning too – it’s definitely one of my favourite projects!’ 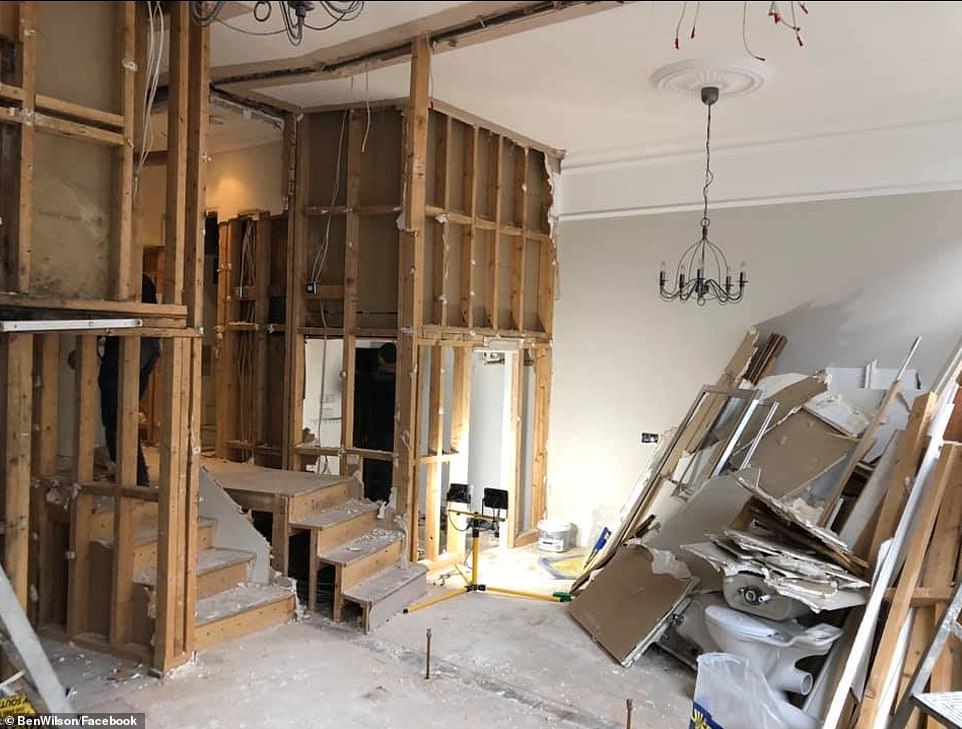 The renovation of the flat saw it command a ‘record price for a flat on a fairly average street in Earl’s Court’ making £1,600 per square foot 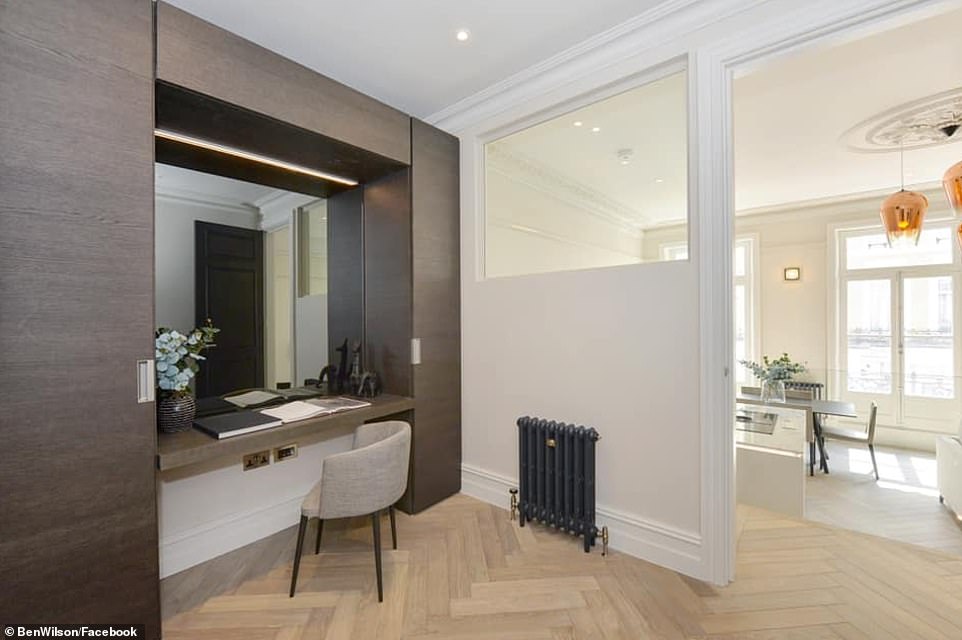 His fellow property developing peers were clearly impressed with Wilson’s success story. Darren Cadby-Lynch wrote: ‘That is a stunner, and great creativity with the reconfiguration, too. And the numbers!’

Maria Luisa added: ‘Love it so much! Definitely an inspiration for years to come. I want one of these to keep one day.’

Rashid Khan Ben Wilson said Wilson’s decision was ‘a brave call’ adding: ’10/10 for having the vision.’