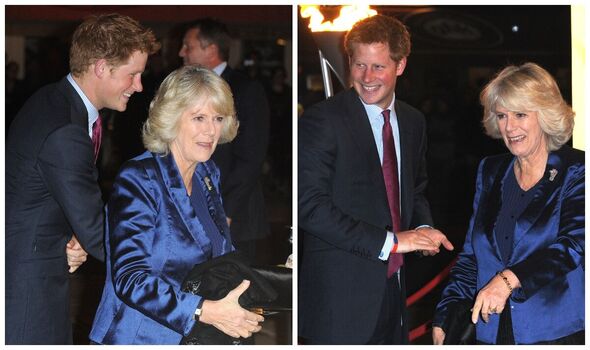 Queen Camilla is someone who “always tries to make things right”, and was often found “giggling” with her step-son Prince Harry, according to former butler Grant Harrold. His comments come after the Duke of Sussex has spoken publicly about his relationship with his father’s second wife.

Grant, who worked for King Charles when he was the Prince of Wales for seven years, has opened up about how he viewed their relationship while working in the household.

For instance, how he found Camilla to be a good listener, and that Harry is not trying to “attack” his father and brother by talking to the media.

Grant, on behalf of Spin Genie, told Express.co.uk: “I was there for [Charles and Camilla’s] wedding, the engagement. I promise you from my point of view and as I say, I wasn’t there every single second so I can’t guarantee what conversations took place but when I was around they all got on.

“[Harry and William] supported their father, they were very excited about it and they were there at the actual wedding as well. I saw when the cars drove off after the wedding, there was William and Harry running after the cars with the cans. Why would you do that? If you were so against it you wouldn’t even go outside.”

The royal butler explained why he got on with Queen Camilla so well.

Grant claimed: “What I liked about the Queen Consort is that you could go to her with a problem, 100 percent, I’ve been there. You could talk to her about anything and she’s a very good listener and she’s also very good at fixing things or trying to fix things.

“I promise you it just doesn’t make sense, I was saddened at the words that were used and the way it was described but as I said it could be something that I’m not aware of that took place that’s made him feel like that.

“I get that, because once again from my point of view I’ve been gone for 12 years almost. A lot can happen in 12 years, there could be a change of relationship, fallouts, so something could’ve gone wrong.

“But all I know is if you go back to those days it doesn’t make sense. As I say she was somebody who I am aware of, to this very day, I know for a fact she is a very good listener so I don’t get that I don’t understand that.

“I feel sorry for all of them and I am on the fence a bit because I don’t want to upset any of them because I like them all, but that doesn’t add up.

“Maybe that’s what he did, put on a brave face and got on with it, it is possible. But it saddened me because it’s not the family that I remember.”

According to the royal butler, there was “always laughter” between the Duke of Sussex and the Queen Consort.

“You only have to look at pictures to see that. If it was that awful surely you would not go out of your way to be seen with them.

“With the Queen Consort, if something was bothering me or worrying me I could actually tell her, that’s the kind of person she is.

“She’s somebody who tries to make everything right for everybody so that’s why I don’t get that bit.

“Harry, from what I could see with the family, was always supportive, jokey and got on with her own kids Laura and Tom from what I saw, I absolutely saw that.

“Well, you wouldn’t have got on with them either would you? So something has obviously happened that has changed his opinion and your guess is as good as mine as to what’s changed that.”