Queen Elizabeth II is 94-years-old and well past the national retirement age. Nonetheless, palace aides have always refuted the idea the Queen will step back from her role which she sees as a lifetime duty. However, the coronavirus pandemic means the Queen is particularly at risk and will have to be extremely cautious with how she returns to public life.

On June 13 the Queen appeared in the quadrangle at Windsor Castle to watch a paired back parade to mark her official birthday.

Trooping the Colour is usually held on Horseguards Parade in central London and watched by large crowds.

The Queen is usually joined by extensive Royal Family members for the event but social distancing measures meant this wasn’t possible yesterday.

The Welsh Guards gave a spectacular albeit mini display before the Queen who shone in a pale jade outfit with a Welsh Guards-inspired silver brooch. 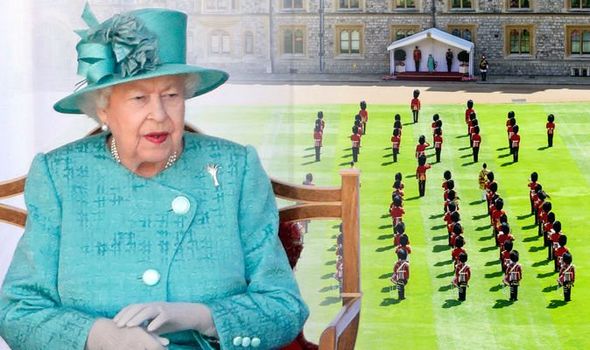 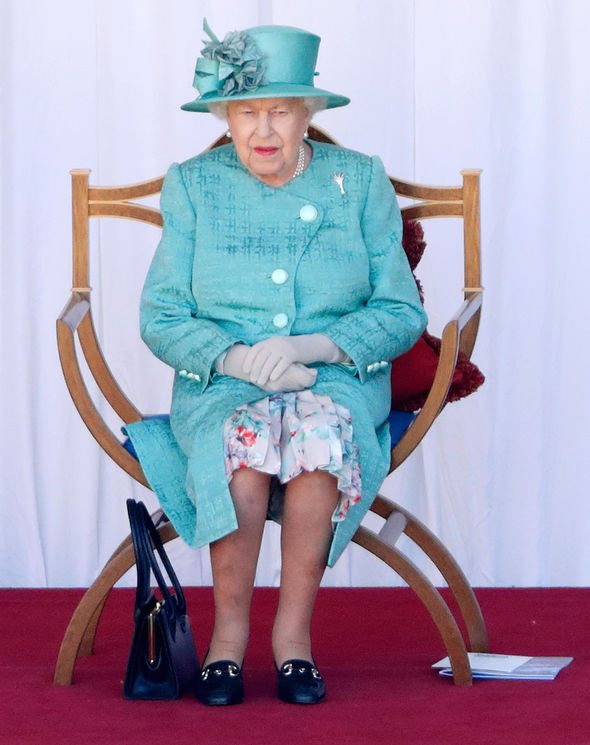 The Queen watched the ceremony from a small erected tent and was flanked on either side by Vice Admiral Tony Johnstone-Burt and Lieutenant Colonel Mike Vernon.

The absence of other Royal Family members was obvious and while Prince Philip was understood to be watching out of sight from a window in the castle, the Queen cut a lonely figure.

The energy reader told Express.co.uk: “The Queen look relaxed and happy in her teal outfit.” 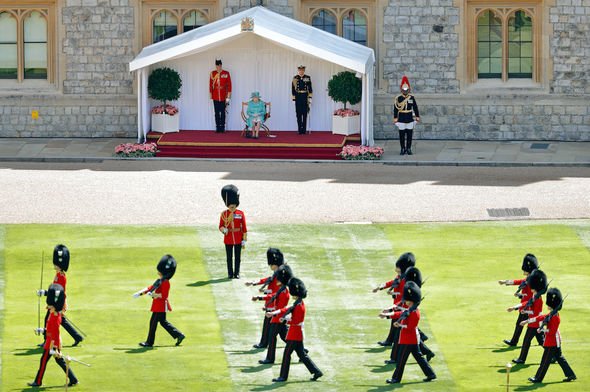 Alison added: “She clearly delighted in seeing her old favourites, the Welsh Guards in their different format to the traditional Trooping the Colour.”

While the Queen appeared to be relaxed and happy, Alison claimed her position in the tent emphasised how “set back” she was from things.

The body language expert added: “She looked so tiny in that seat set back from everyone, almost like she’s slipping gently away from public duties.

“At least that’s what her energy is hinting at.”

Kate Middleton sought part time job to ‘work around her relationship’ [INSIGHT]
Duchess of Cambridge only thinks one of her children ‘looks like her’ [PICTURES]
Royal scandal: How Princess Diana could not fulfil ‘arduous task’ [INSIGHT]

While the Queen’s latest appearance was different from any previous Trooping the Colour, one royal expert has claimed it signifies a hesitant move towards “the new normal” for the monarchy.

Royal commentator Richard Fitzwilliams praised the event as “colourful and imaginative” and took it to be a sign the Queen will not retire from royal life.

Mr Fitzwilliams told Express.co.uk: “It was colourful and imaginative and handled with precision. We excel at ceremonial and the world admires us for it.

“What was striking was that, in accordance with government advice, the guardsmen self-distanced during the ceremony which made it a challenge to perform.” 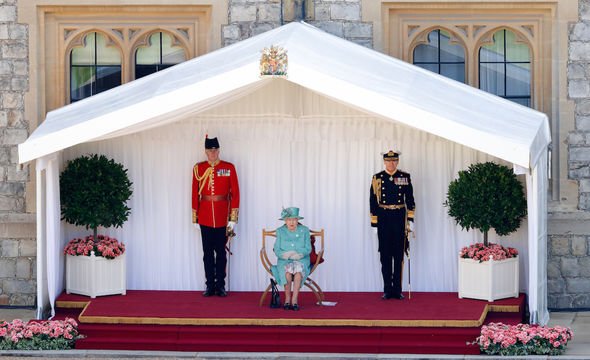 He added: “It was beautifully handled and a fitting tribute to a unique monarch. It was also performed in the Quadrangle of the oldest and largest occupied Castle in the world.”

He claimed the “morale-boosting” display is what Britain needed as lockdown is gradually eased.

He said: “As lockdown is cautiously lifted, it is important also to lift the nation’s morale.

“This ceremony and the news that President Macron of France will be paying a visit to Britain, to be greeted by the Prince of Wales and the Duchess of Cornwall at Clarence House next week, marks a gradual move towards a ‘new normal’.”