Radiant in red! Queen Letizia of Spain is elegant in a dress and heels as she meets health workers in Madrid

Queen Letizia of Spain looked elegant in red as she meet health workers in Madrid.

The Spanish monarch, 46, wore a patterned dress and matching crimson heels as she welcomed the group to Zarzuela Palace.

She was on hand to greet members of the Spanish Federation of Rare Diseases and the State Network of Women of Mental Health Spain. 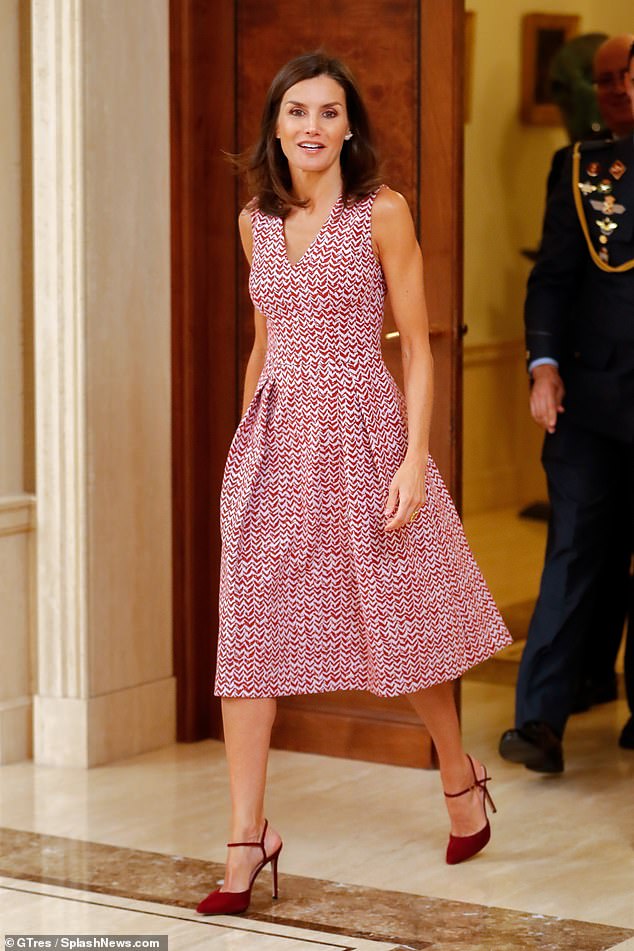 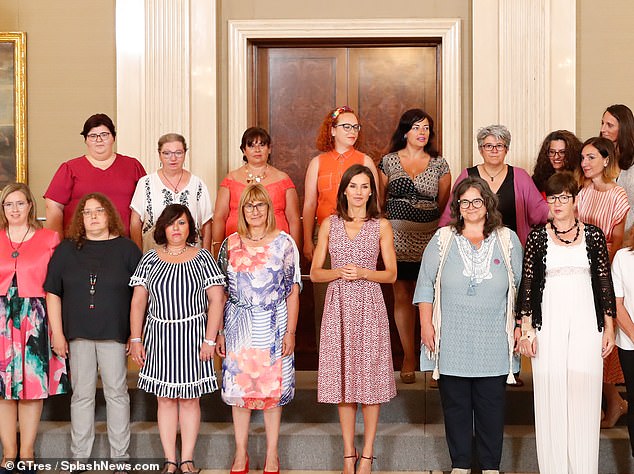 She greeted a network of women at the conference, who specialise in mental health – posing with them for photos and also members of the committed 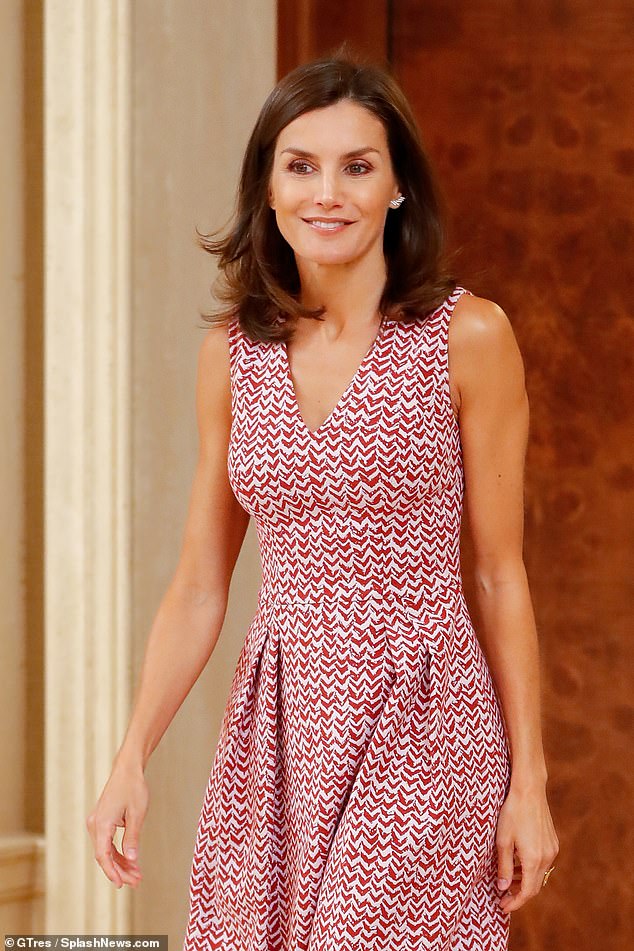 The Spanish Queen looked relaxed, as she arrived, with her brunette locks worn down 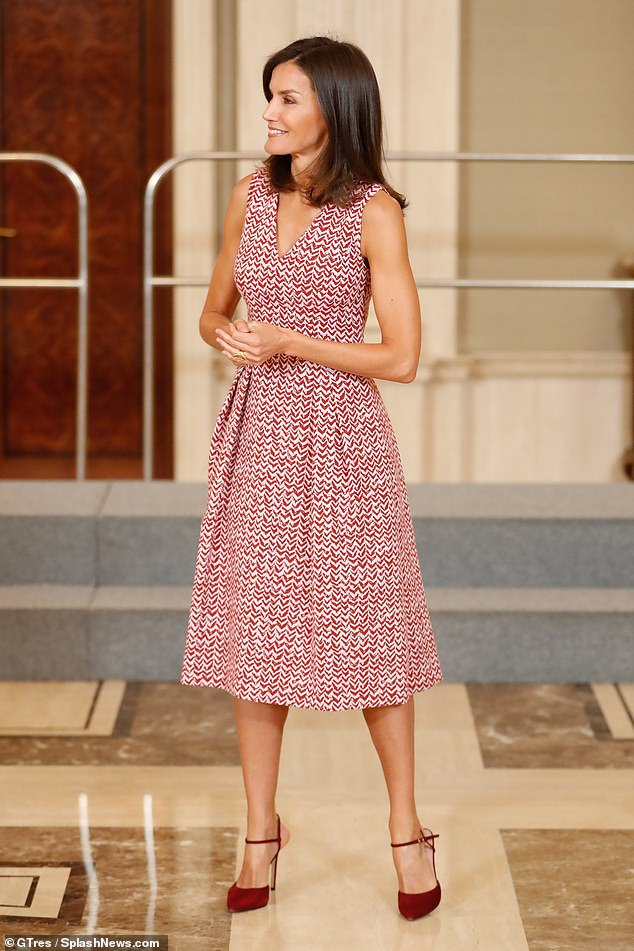 The Spanish Queen looked relaxed as she arrived, plumping for a simple yet polished frock that fell below the knee.

The dress scooped in at the waist and had a sweetheart neckline and skater skirt that flattered the royal’s figure.

She wore her brunette locks in a sleek down do, adding to the smart ensemble. 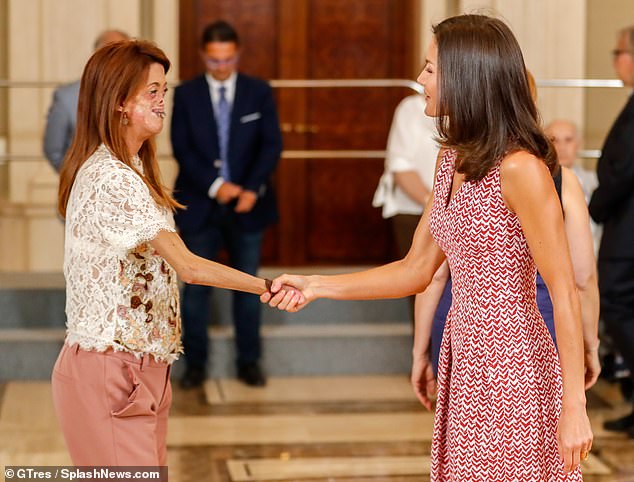 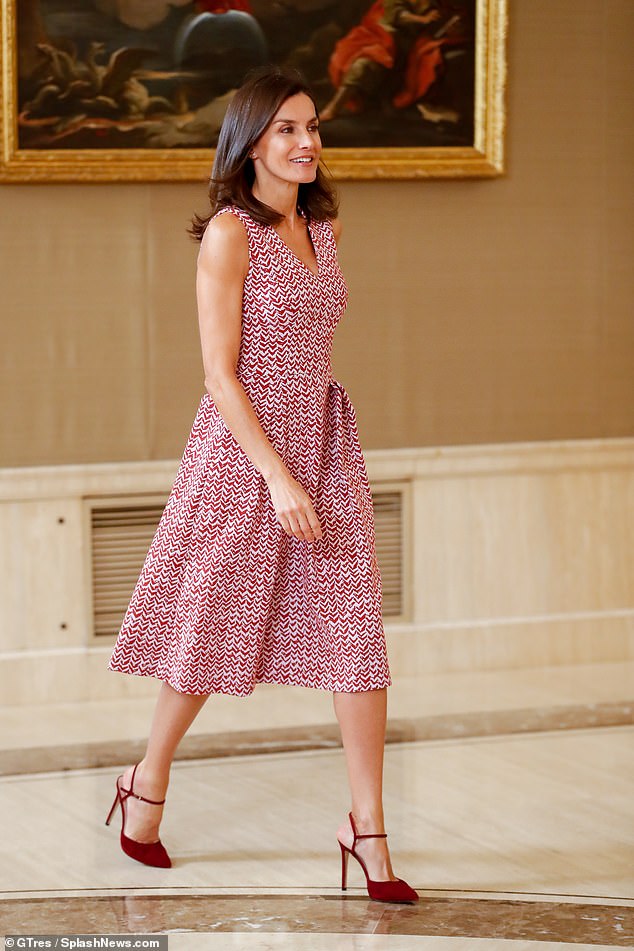 She also wore pretty silver earrings and kept her make up natural with a touch of gold eye shadow and nude lips.

Queen Letizia posed for photos with the health workers and spent time speaking to them at the event.

The Spanish Federation of Rare Diseases aims to promote ‘the need to work with everyone involved to promote the access to a diagnosis for those people suffering from rare diseases.’ 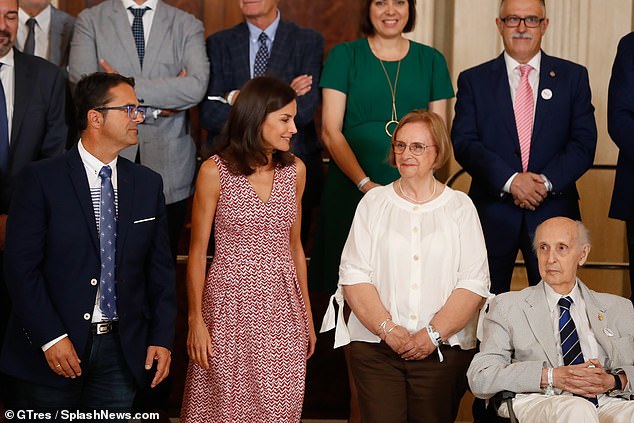