Rabbits chew through £1,500 sofa after being left alone for just five minutes 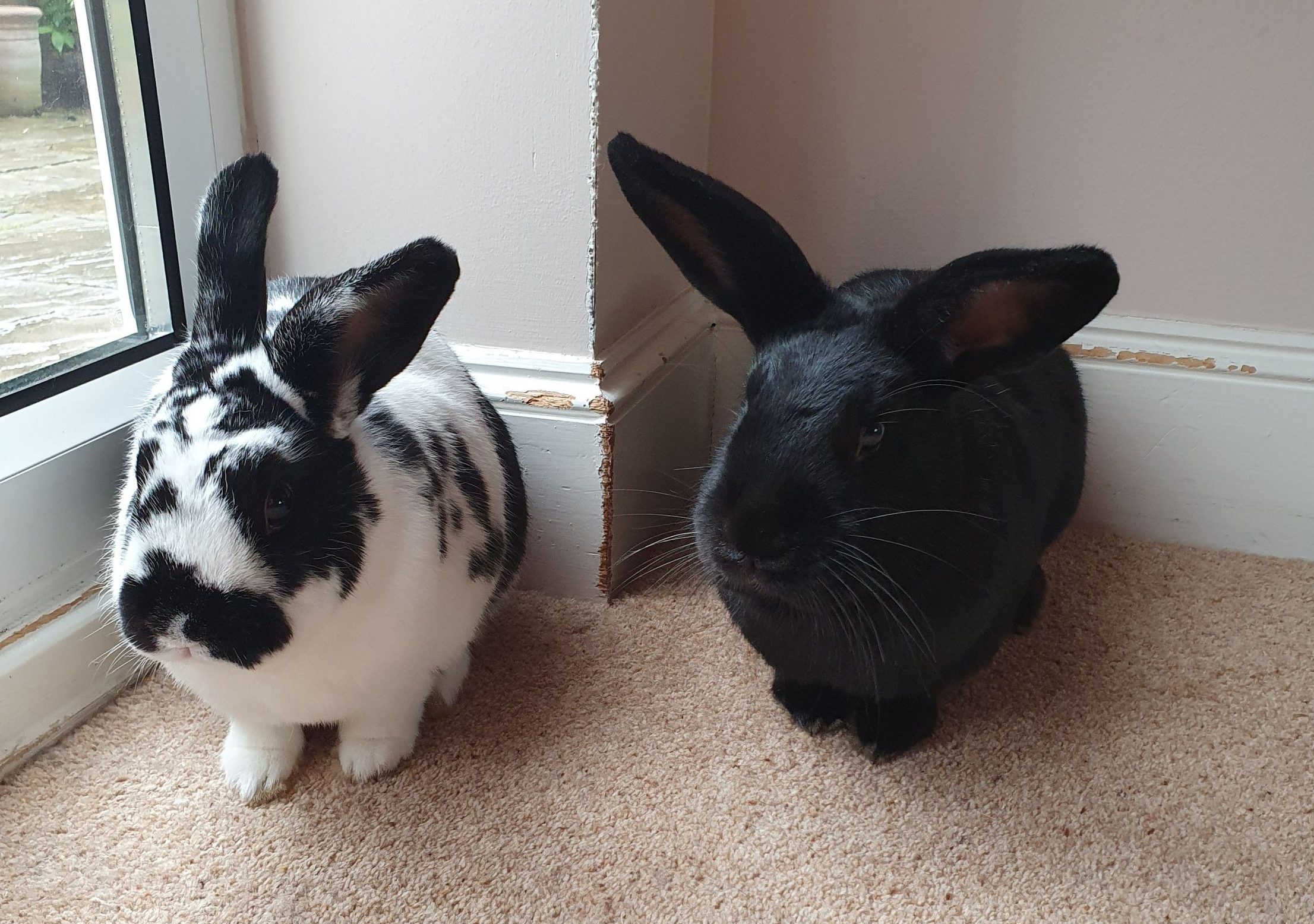 The owner of two cheeky bunnies has told how her pets chewed her sofa apart in a matter of minutes.

Rachelle Foot had only nipped out of her living room momentarily when her two rescue bunnies, Earl and Moana, went for her two DFS sofas and tore mountains of white padding out from inside the cushions.

The 43-year-old has even been left having to permanently guess at the controls on her TV remote control – as the naughty 18-month-old duo chewed off all the numbers and buttons.

The sofas were re-stuffed and covered in sheets to curb the rabbits’ desire to destroy, but home CCTV showed that they were still trying to chew the sofa.

Footage shows Moana sitting on the sofa, which cost £1,500 new – surrounded by a sea of white stuffing she’s pulled from her owner’s jumbo cord sofa – with so much padding removed that it dwarfs the large bunny.

Rachelle said: ‘I had to phone my parents to come and try and rescue the sofa because by the time I got home at lunchtime we wouldn’t have had a sofa left I don’t think.’

The animal lover, of Chatteris, Cambridgeshire, said: ‘It was a shock as there was so much stuffing I couldn’t actually see where the hole or the damage was.

‘Earl seems to dare Moana to do it and she was on the sofa still playing with all the stuffing and he was looking up at her – I just couldn’t believe that she’d done it.’

Saying they left her lounge looking like ‘Santa’s grotto’, Rachelle added: ‘This is the worst pair of rabbits we’ve had for damage – they’re just a bit mischievous.

‘They chewed all the buttons off the remote and have done that a couple of times – you have to guess what button does what really.’

Thankfully Earl and Moana will be mostly outside for the summer, which means they won’t be chewing anything in the house.

That gives Rachelle just enough time to try to repair the carpet, skirting boards, curtains, cushions, and phone lines that the 18-month-old bunnies have damaged.

‘It’s surprising what they can do in five minutes really,’ said Rachelle.

‘I couldn’t believe it as I’ve never had a rabbit do that before.

‘In the end we just bought a fitted double sheet to put over the sofas to try and deter them from doing any more damage – it looks like we’re permanently re-decorating.’