Ramadan 2019: How long is Ramadan? When is the moon sighting?

Ramadan started on May 5 this year marking one of the most important months on the Islamic calendar. During Ramadan, most Muslims will undergo a period of fasting, where they will forgo food and drink for most of the day. They will also denounce ‘sinful’ behaviour including sexual relations, and pray more often. Practitioners believe the devils are locked in hell for the period, and their good actions have more meaning.

How long is Ramadan?

Ramadan is the ninth month in the Islamic calendar and typically lasts around four weeks.

The Islamic calendar runs on the lunar cycle, however, so the length of Ramadan depends on the moon.

People predict the end of the month using astronomical charts, but the official end won’t come until a New Moon is sighted in the sky. 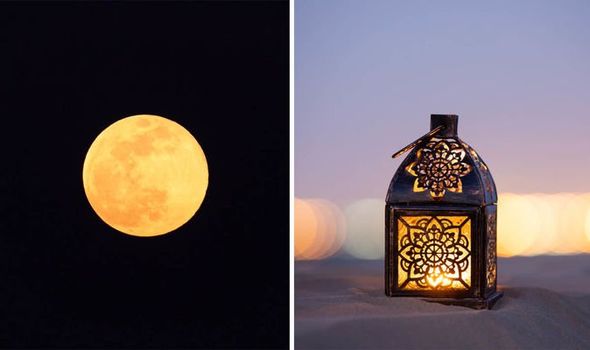 When is the moon sighting?

The second moon sighting doesn’t take place until next month on June 4.

Much like the sighting marking the beginning of Ramadan, a group of officials at local mosques around the world called moon sighting committees will draw together for the occasion.

They decide whether a new moon has formed, ending the month of Ramadan and marking the start of Eid. 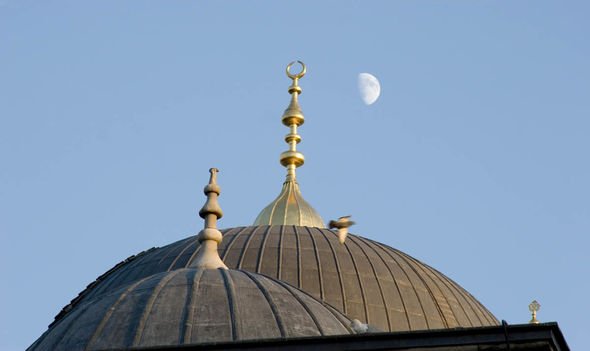 This month, Saudi Arabia’s Supreme Court also invited citizens to help search for the first appearance of the Moon.

Officials released a statement which said: “The ministry invites citizens and residents to explore the vision of the holy month of Ramadan for this year on Saturday Sha’ban 29, 1440 – May 4, 2019.

Provisional dates have the end of Ramadan this year set on June 5. 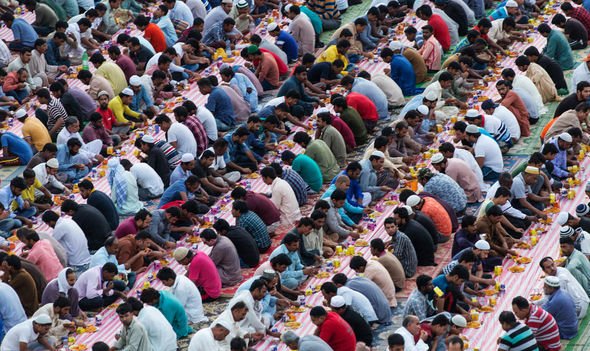 Eid Al Fitr is known as the festival of breaking fast, in which Muslims gather to feast after a month of dawn-to-dusk abstinence from food and drink.

During the festival – which normally lasts for three days – people are forbidden from fasting.

In the UK, some Muslims will close their shops for a time to celebrate, and most will dress in their finest clothes.