LEO McKINSTRY: Anti-austerity rant of UN envoy who compares ‘mean’ Britain to communist China is another demolition job on the UK… funded with our own cash!

Britain, the fifth largest economy in the world, is a country in the grip of ‘social calamity and economic disaster all rolled into one’.

No, we’re not talking about the political fallout from Brexit, but the consequences of a decade of austerity, according to the UN’s grandly titled special rapporteur on extreme poverty and human rights, Philip Alston.

Following a 12-day tour of the nation’s most deprived hotspots, and speaking to what can only be described as highly selective witnesses, the Australian lawyer concluded that ours was a nation characterised by a ‘punitive, mean-spirited and often callous approach’ to the disadvantaged.

Brimming with self-righteous indignation at his press conference yesterday, Professor Alston sounded like imperial pro-consul delivering his verdict on an errant province. 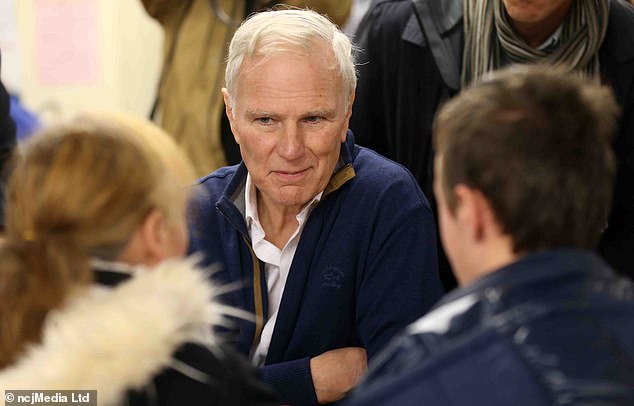 Invited here by the Government, Professor Alston began his odyssey of orchestrated despair on November 5 and took in London, Cardiff, Oxford, Newcastle, Glasgow and Belfast, where he spoke to charities, pressure groups, academics, trade unions, food bank organisers, and homelessness campaigners as well as their ‘clients’.

He also made a special trip to Jaywick, the Essex coastal village that has been labelled the most deprived place in England.

Despite its tiny size and a population of less than 5,000 people, the village has become the ultimate symbol of decline, an economic morality tale for professional grievance-peddlers. So, of course, he had to stop off there. 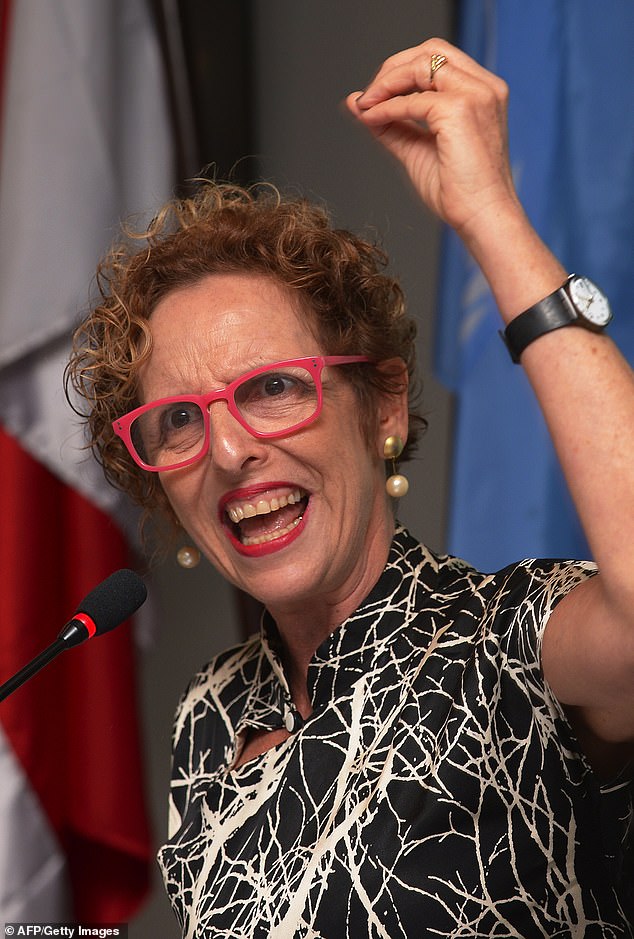 Brazilian academic Raquel Rolnik, the UN’s special rapporteur on housing, claimed in 2013 that the Tories’ withdrawal of spare bedroom subsidies – falsely dubbed ‘the bedroom tax’ by Labour – for social tenants amounted to ‘a violation of human rights’

I would argue that Professor Alston and his team, although independent human rights experts, are marinated in progressive orthodoxies, and went into their investigation with their script about ‘Tory cuts’ already written.

Dressing up their preconceived notions as new evidence, I believe they have simply regurgitated what they were told by Left-wing activists and lobbyists.

More spending, more welfare, and more taxes are, of course, the UN’s solution to the supposed soaring levels of poverty they have identified.

Meanwhile, they have totally ignored the other side of the story – that, for all its flaws, modern Britain is a remarkable success story, combining economic growth with dynamic enterprise and a strong civic infrastructure.

There are, of course, pockets of real deprivation, but our country has far lower unemployment than the rest of Europe as well as the first national health service in the developed world to be universally free at the point of use.

Professor Alston rails against recent benefit cuts here, but such measures were badly needed to break the destructive cycle of welfare dependency and promote unprecedented job creation, which is the most effective route out of poverty.

In truth, his conclusions should come as no surprise. They bear the hallmark of every other biased UN study inflicted on Britain.

Earlier this year, the Zambian-born law academic E Tendayi Achiume, the UN special rapporteur on contemporary forms of racism, racial discrimination, xenophobia and related intolerance, announced that Britain had witnessed ‘explicit racial, ethnic and religious intolerance’ in the wake of the 2016 EU referendum and there were ‘historically rooted structures of exclusion and discrimination’ that pre-dated it.

Her declaration was a travesty of the truth. Britain is still one of the most tolerant nations on earth, able to absorb significant immigration without social upheaval. 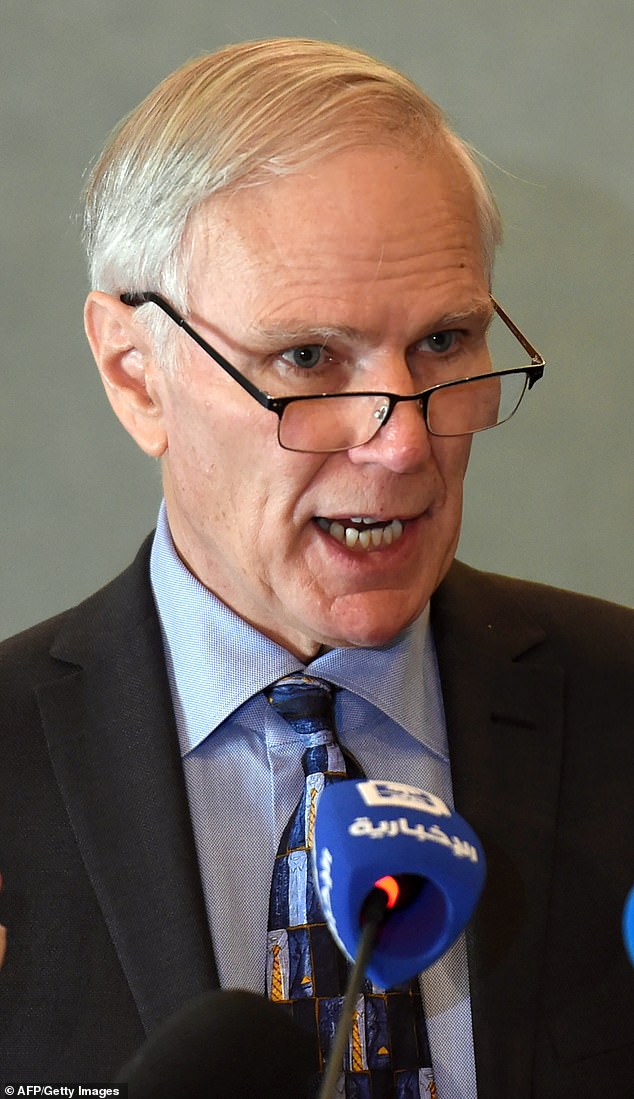 Following a 12-day tour of the nation’s most deprived hotspots the Australian lawyer concluded that ours was a nation characterised by a ‘punitive, mean-spirited and often callous approach’ to the disadvantaged

South African law professor Rashida Manjoo, the UN’s special rapporteur on violence against women, absurdly declared in 2014 that Britain had the most sexist culture on the planet – this in a country where both the head of state and the Prime Minister are female!

Just as grotesque was the verdict of Brazilian academic Raquel Rolnik, the UN’s special rapporteur on housing, who claimed in 2013 that the Tories’ withdrawal of spare bedroom subsidies – falsely dubbed ‘the bedroom tax’ by Labour – for social tenants amounted to ‘a violation of human rights’.

It’s hard to take seriously a supposed expert who was reared in Marxist dogma and who once, as a student, sacrificed a chicken to Karl Marx. Not for nothing is Miss Rolnik known as the ‘Brazil Nut’.

In her native Brazil, more than 12million people live in squalid slums without basic facilities, while another 50million are estimated to have inadequate housing. That certainly puts her gripes about Britain into perspective.

Indeed, such a charge applies to all the UN’s politically motivated condemnations of Britain.

We have to endure pompous lectures from a parade of these ‘special’ rapporteurs about our institutional iniquities, yet inequality, lack of welfare support, sexual oppression and ethnic conflict are all far worse in the developing world.

That is where the UN should be concentrating its fire, but it doesn’t, because such an approach would not fit the quasi-Marxist template of Western repression that it has embraced.

Instead, it lashes out at critics – especially Britain.

Earlier this month, the UNA-UK, an independent British organisation that supports the work of the United Nations, criticised several British politicians – including the Prime Minister Theresa May – as being the source of comments that led to ‘misleading, hostile and occasionally racist reportage’ that undermined UN initiatives in the UK.

What is so sickening is that we are actually paying for all this meaningless censure from the United Nations.

Britain is the sixth biggest contributor to the UN, paying roughly £90million a year – about 4.5 per cent of the organisation’s core £2.1billion annual budget.

But so much of this lavish funding is squandered, not only in subsidising our doctrinaire critics, but also in bureaucracy, waste, perks, duplication and mismanagement.

Even worse are the never-ending scandals, such as the notorious oil-for-food saga in which UN contractors took millions in kickbacks from a programme aimed at maintaining essentials supplies to Saddam Hussein’s Iraq when sanctions were imposed in the Nineties.

Similarly, UN peace-keeping personnel have been involved in a string of appalling examples of sexual abuse around the world, exploiting the vulnerable people they were meant to protect.

Further shameless hypocrisy can be seen in the structure of the UN, in which countries such as Saudi Arabia and China, which have appalling human rights records, are given membership of its Human Rights Council.

Such behaviour makes a mockery of the noble, humanitarian impulse that inspired the creation of the United Nations in 1945.

The organisation should get back to its roots and put its own house in order, instead of acting as a dreary, permanent ally of the British Left.