Recovery could stall without tax relief for low and middle-income earners: economists

A tax increase facing 10 million low and middle-income earners could slow the nation’s recovery from the coronavirus recession, economists warn, unless more tax relief is promised to voters ahead of the next election.

The Sydney Morning Herald and The Age revealed on Monday people earning less than $126,000 annually will be up to $1080 worse off once the low and middle-income tax offset ends this financial year. 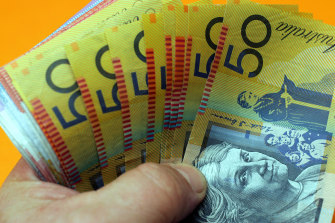 The Australian economy could slow if the government and opposition fail to put in place tax cuts for low and middle-income earners. Credit:James Davies

Research by the Bankwest Curtin Economics Research Centre shows the end of the offset, which was extended for 12 months in the 2020-21 budget, will disproportionately affect women.

Between this financial year and 2024-25, when the third stage of the government’s tax cut plan starts, the average working woman will have paid $869 more in personal income tax. The average working man would have enjoyed an $1834 reduction in their tax, the research found.

The issue could become a flashpoint at the next election, which needs to be held by May next year.

AMP Capital chief economist Shane Oliver said there were substantial risks from pushing up income taxes on people who traditionally spent most of their weekly wage.

“I think this is a real issue as you’re looking at making worse off people on low to middle incomes who traditionally have a much higher propensity to spend,” he said. “If you start taking money away from people in mid-2022 that could really dampen the economy during that period. It is an economic problem for the government.”

Treasurer Josh Frydenberg is expected to use the May 11 budget to announce a much lower than forecast deficit for this year and across the forward estimates. In October last year, he forecast a deficit of $213.7 billion, which was sliced to $197.7 billion in the mid-year update.

Since then, unemployment has been much lower than feared while company tax revenues, particularly out of the iron ore sector, have delivered a windfall to the federal budget.

Mr Oliver, who is expecting a deficit for the coming financial year of about $50 billion compared to the mid-year forecast of $108.5 billion, said there was financial scope for the government to deliver tax relief to low and middle-income earners.

“There’s definitely scope in the budget to deliver these type of tax cuts. The way the economy has performed better than expected, the high iron ore prices, the lower unemployment rate, all mean there’s room for the government to put tax cuts in place,” he said.

KPMG estimates the increase in the tax rate could deal a $5.5 billion hit to the economy in 2021-22 and a $6.1 billion hit the following year.

Emma Dawson, the executive director of progressive think tank Per Capita, said it would be political and economic insanity to lift taxes on so many people when the economy was still recovering from the coronavirus recession.

She said the government’s stage three tax cuts were extremely expensive and overwhelmingly favoured high-income earners, yet it was facing demands to fix areas such as aged care.

“They should be extending tax cuts for low and middle-income earners. The country needs these people to be out there and spending rather than delivering tax cuts to a small group of higher-income earners,” she said. “These are the people and small businesses who worked through the pandemic and kept the country going. You can’t go and increase taxes on them just when the economy may be softening.”