Rediscovering Montsalvat: the bid to revive a national treasure 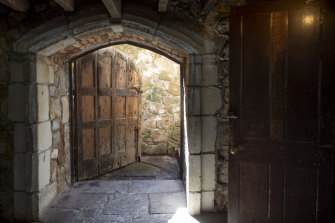 So marvellously titillated was Melbourne society by the imagined doings of the bohemians building Montsalvat – an eye-popping artists’ commune in the hills of Eltham established in 1934 – that a thrilling story made the rounds.

The scandalous tale, whispered, was that the feudal chieftain of the enterprise, artist Justus Jorgensen, had arranged for tunnels to be built between the numerous buildings of his colony so he could flit at will from mistress to mistress, nubile art student to nubile art student.

Half a century later, one of those who mixed and bedded with the Montsalvat crowd, a sharp-witted playwright named Betty Davies, set the myth to rest.

Writing The Eye of the Beholder, her 1984 memoir of life among Melbourne’s bohemians, Davies – by then Betty Roland – observed archly that “there were about as many tunnels at Montsalvat as there were virgins: none!”.

Naughty Montsalvat – the Mount of Salvation, to anglicise the colony’s old name, which suggests the Holy Grail – its astonishing buildings sprawling over nearly five hectares and housing a restless colony of artists and craftspeople, was long considered so unconventional it left outsiders in a fever of incomprehension. 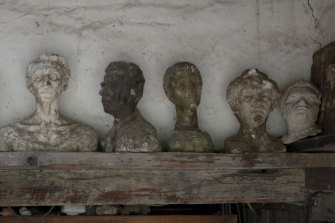 “The restless colony of artists and craftspeople was long considered so unconventional it left outsiders in a fever of incomprehension.”Credit:Arsineh Houspian

In 1973, when the Rolling Stones came to Melbourne, ABC-TV’s rock show GTK, searching for a suitable venue to film an interview with the world’s hottest rock stars, took the band out to groovy Montsalvat. There, the Stones were peppered with such pearls as “Keith, with respect, you look a bit like the wreck of the Hesperus with the kind of gear you’re wearing … why do you like to dress the way you do?”

Keith Richards countered by asking the strait-laced interviewer why he dressed the way he did, and added the observation that Australia’s attitude to visiting bands had given it the reputation of “the most inhospitable country to visit”.

All these years later, Montsalvat – which has spent the last few decades hovering not just at the physical edge of Melbourne, but drifting beyond its consciousness too – is in search of a contemporary trajectory.

The new executive director of the trust that administers the colony is classical musician, scholar and arts ambassador Dr Jacqueline Ogeil, who declares herself bent on reigniting and reimagining Montsalvat. 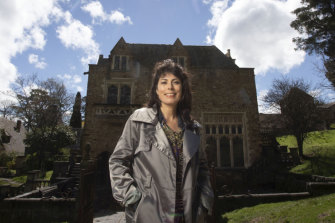 It is an aim born of necessity and opportunity: the last physical links to founder Justus Jorgensen have been severed in recent months.

One of Jorgensen's sons, Sigmund, an artist and epicurean who lived at the colony for most of his 79 years, died in late July. Another son, classical guitarist Sebastian, died a few weeks later. (Their lives began in suitably unconventional Montsalvat style. The boys’ mother was Justus’ mistress, Helen Skipper, daughter of another of Montsalvat’s founders. Justus’ wife Lillian – an anaesthetist whose income helped underpin the creation of Montsalvat – remained with the family, sharing with Helen.)

Ogeil envisages Montsalvat’s future as becoming increasingly accessible to a wider spectrum of Australians and international visitors; its physical beauty and its artistic endeavours combining to provide visitors with something of a pressure valve from the stresses of modern life.

“We need to capture the spirit or essence of the best parts of the bohemian spirit, but reconcile this against a dynamic modern landscape,” she says.

Ogeil has pitched to the local council that a proposed new Eltham art gallery be built into the slope of Montsalvat’s grounds  and that a new entrance to the property be built, featuring a shared bicycle and pedestrian pathway that would wind from the low ground to the high. 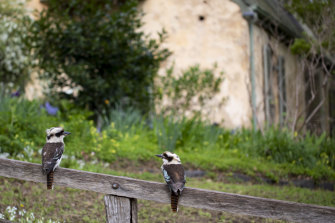 A recent government grant will aid in conservation and restoration of the Montsalvat structures.Credit:Arsineh Houspian

Meanwhile there is a new Montsalvat Film Prize established in association with the Department of Fine Arts at Melbourne University. A wider search, inevitably, is on for money from philanthropists. Happily, the Victorian government and Heritage Victoria have just awarded Montsalvat a Living Heritage Grant for the conservation, restoration and maintenance of several buildings.

First, though, the place needs to be rediscovered by those who had almost forgotten its existence since the heady days of the Stones et al.

Next weekend, the Montsalvat Arts Festival presents just such an opportunity. On offer are Japanese drummers Wadaiko Rindo, Baroque musicians, world-famous jazz pianist Joe Chindamo, Bach cello concerts and a panel of writers discussing over lunch the art of writing about art, among other events.

On Sunday evening there is the rollicking “A Satirist’s Journey” by humorist and artist Bryan Dawe. Montsalvat is also hosting an exhibition of Dawe's latest and what he considers his best artworks: collages and montages combining photography, painting, drawing and cutouts, titled Interlude. 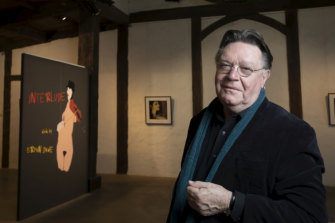 Should visitors require broader knowledge of the aforementioned scandalous lives of the bohemians of Melbourne in the Roaring '20s and beyond, Melbourne-based writer Gideon Haigh will deliver all that might be desired over brunch on Saturday morning.

Haigh is an expert on the subject: his recent book A Scandal in Bohemia revolves around the 1930 murder of an aspiring young writer, Mollie Dean, whose life intersected with many of those who ended up at Montsalvat.

Festivalgoers will be able to take part in jewellery, pottery and other craft workshops with artists in their Montsalvat studios, and children can get messy with clay.

The most compelling reason to attend the festival, however, is the sheer wonder of the old place. 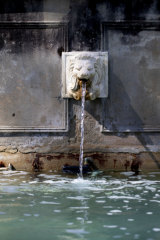 There is nothing like Montsalvat anywhere else in Australia.Credit:Arsineh Houspian

I had not been there for more than 40 years until I took the trek last weekend. I couldn’t imagine why I had ignored it.

The Great Hall, a three-storey gothic confection of mudstone, bluestone, granite, stained glass and good lord, gargoyles, perches on its hillside above a little lake like a baronial castle.

All around, scattered across the vast grounds and gardens, are houses, halls, studios, galleries and stables built in all manner of styles by long-gone artists who had no off-switch to their imaginations.

There may have been no tunnels to enable nocturnal trysts, but there is nothing remotely like Montsalvat anywhere else in Australia.