Meek Mill’s criminal justice organization Reform Alliance has named Robert Rooks as its new chief executive officer, the nonprofit told CBS News on Monday. Rooks, 46, hopes to use his experience in legislative reform to take the organization to new heights.

Rooks, who is replacing Van Jones as founding CEO, will begin his new role on March 1. Jones will move to Reform’s executive board.

“Robert is a game-changing hire for our organization,” co-chairmen Meek Mill and Rubin said in a statement. “He has a proven track record of changing laws and is universally-respected by leaders on both sides of the political spectrum.”

Rooks previously served as the co-founder and CEO of Alliance for Safety and Justice, a nonprofit that works to reduce the prison population. He will remain involved on the board of the organization. 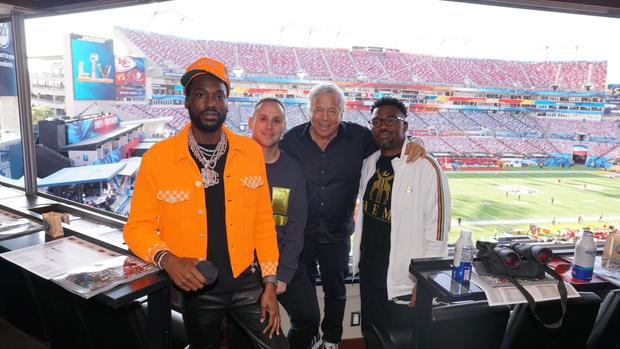 Rooks also served on the executive committee for Florida’s Amendment 4 campaign, which restored voting rights for 1.4 million former felons, and worked with the campaign for California’s Prop 47 in 2014, which reclassified certain theft and drug possession offenses from felonies to misdemeanors.

“Robert Rooks is the most impressive organization builder in the space,” Jones said in an interview. “What he has done taking the Alliance for Safety and Justice from an idea to a multi-state, multiple victory game-changing organization is just genius stuff.”

“To get a chance to be on this board is unbelievable because now I’m going to be serving on a board with some of my greatest heroes, some of the legends of American society, and we still have a lot to do.”

Rooks has been involved in criminal justice activism and community organizing for over 22 years, a passion that started as a teenager in Dallas. As the crack cocaine epidemic grew, affecting poor and underserved communities, Rooks said he observed how the investment in policing grew, causing spikes of crime and violence without any of the necessary community resources like social workers, counselors, or aid.

In California, Reform successfully championed AB 1950, which shortens probation time for most misdemeanor offenses to one year and most felony charges to two years. The group also pushed for Louisiana’s HB 77, which created a remote reporting system for people on probation.

Reform’s most recent win occurred last month, when Michigan passed a series of laws to decrease probation caseloads, a win Reform said could save taxpayers over $29.6 million.

Rooks said he hopes to continue building upon the legislative victories.

“It’s my hope that Reform Alliance that we will continue doing what Van and his team have been able to do, which is to drastically reduce the number of people who are unjustly under the control of the criminal justice system by changing the laws, policies and practices that perpetuate injustice, with a focus on disabling the revolving door of probation or parole,” Rooks said. “That’s the goal. You do that by changing laws, changing hearts and changing minds.”