The best high street stores to bag a bargain: Data reveals the 10 retailers including Reiss and Topshop offering the most discounts – with some slashing prices across their ENTIRE range

As the high street opens after the coronavirus pandemic, many clothing brands are vying for a share of spend in July.

Stores across the UK opened their doors in June for the first time in three months – but many retailers are now offering huge online discounts across their entire stock to shift unsold summer items.

Now LovetheSales.com, the global shopping marketplace, have revealed which retailers are offering the most discounts to help savvy shoppers find the best deals.

Womenswear stalwarts Karen Millen and Coast are discounting 100 per cent of their online stock, with popular high street stores Miss Selfridge and French Connection close behind. 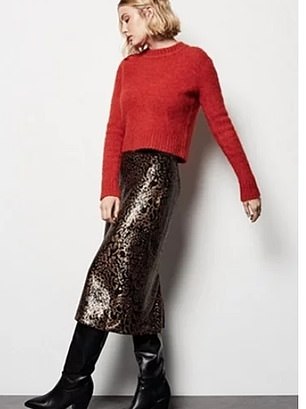 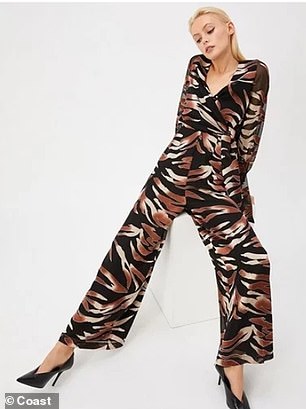 High street stalwarts are offering huge discounts to stock online, with LovetheSales.com revealing how Karen Millen and Coast have slashed prices across 100 per cent of their items online 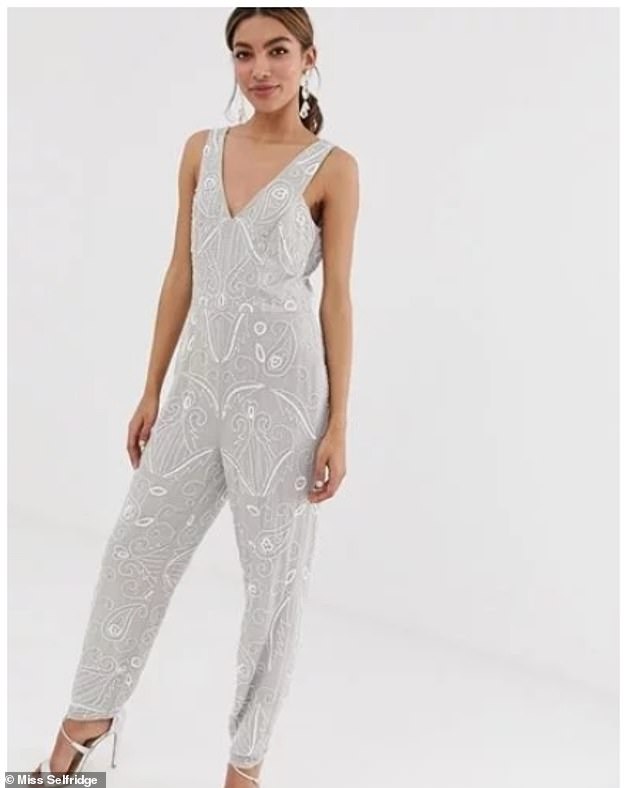 So which shops have the most discounts?

Other womenswear retailers have also slashed prices on the majority of their stock, including Reiss and All Saints.

Meanwhile Phase Eight, Topshop and Joules are also cutting prices across over 70 per cent of their unsold summer stock.

And savvy shoppers may also wish to shop the rails at womenswear store Jules B, who are offering discounts on 69 per cent of their stock.

The discounts come as high street stores struggle to stay afloat amid the coronavirus pandemic, which forced them to shut doors to customers in March. 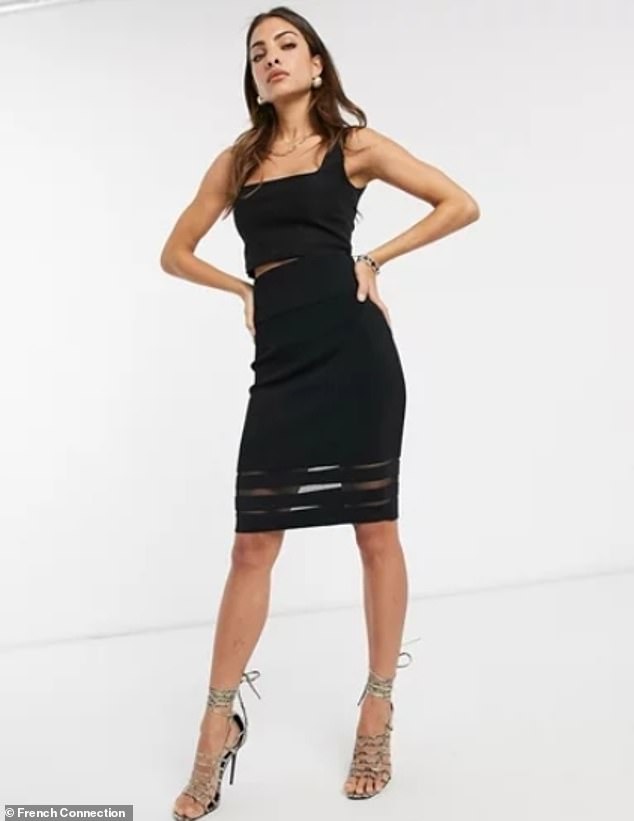 French Connection are also among the retailers who have slashed prices across the majority of their products, with 86 per cent of their range seeing a discount

Stores including Debenhams, Animal and Laura Ashley have all had to close stores as the bloodbath on the High Street continues.

Paul Martin, UK head of retail at KPMG, believes that even as more stores reopen ‘consumers have formed new habits that will see the online channel continue to be more prominent going forward.’ 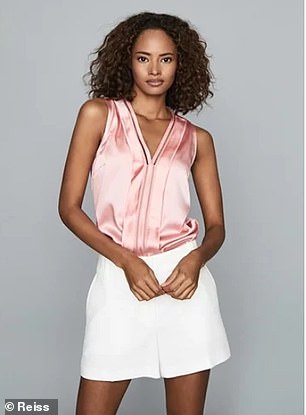 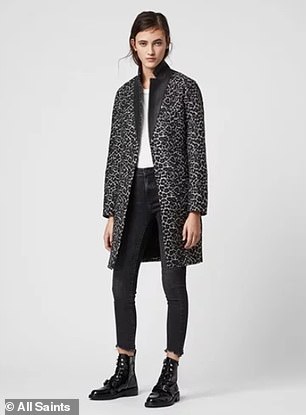 ‘While the January retail sales data showed signs of the Boris Bounce, the March data reflected the Covid-19 collapse.

With the High Street struggling to cope with the national coronavirus lockdown, a few have started filing for administration. These include:

‘Unsurprisingly, food stores performed well in March and more people than ever started to buy online.’

And just yesterday, TM Lewin has become the latest retailer to collapse into administration – with 600 jobs axed.

The 122-year-old shirtmaker’s 66 shops, which also sell shoes, suits and ties, will disappear from the high street but its online platform will remain.

The firm blamed the coronavirus pandemic for the move to digital-only as it could not afford to pay rents after stores shut in March.

It is the latest retail victim of the crisis, following the owner of Britain’s biggest shopping centres Intu Properties which went into administration last week.

The coronavirus pandemic has battered high street stores as only essential shops – such as supermarkets – have been permitted to stay open.

It has led to a slew of companies going into administration as footfall plummeted in retail centres nationwide.

Intu Properties, which owns the Trafford Centre, said it was going into administration on Friday after it failed to secure a debt repayment holiday from its creditors. 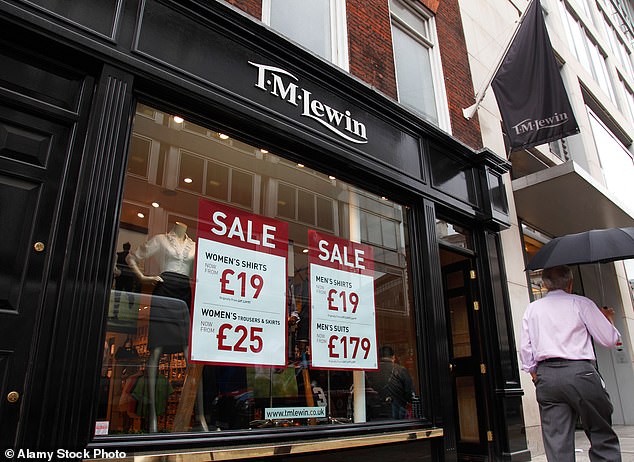 The report emerges as there continues to be casualties across the high street, including T M Lewin, which announced yesterday it would collapse into administration

The firm said application was being made for James Robert Tucker, Michael Robert Pink and David John Pike of KPMG to be appointed as joint administrators.

Intu employs nearly 3,000 staff across the UK, while a further 102,000 work for the shops within its shopping centres.

The collapse of the heavily-indebted group, which has suffered a plunge in revenues due to the lockdown, would place thousands of jobs at risk.

The group has struggled under a £4.5billion debt burden for the past year, but has been hammered by lower rent payments from retail tenants since the virus outbreak. 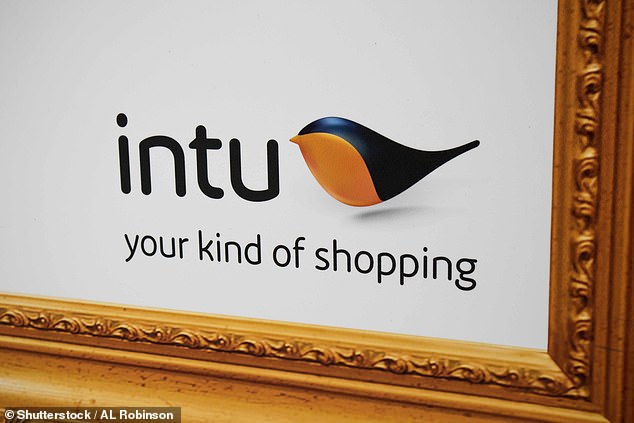 Meanwhile Intu shopping centres have also been battered by the pandemic, announcing it was going into administration on Friday

After months of locked shops and empty aisles, the easing of lockdown measures saw a 51 per cent surge in customers heading to the high street, new data shows.

Between June 15 and June 21 the number of shoppers was up compared with the week before but remain at historic lows, according to Springboard.

Across all UK retail destinations, footfall was up 45 per cent despite Wales and Scotland keeping non-essential stores closed.

Footfall increased by more than 300 per cent at Intu shopping centres following the reopening of non-essential retailers.