RICHARD LITTLEJOHN: The Bad Boys of Brexit spoke for Britain this week: Just get on with Brexit — we’ll be in the bar!

For once, someone spoke for Britain at the Palace of Westminster. ‘If you want us we’ll be in the bar,’ said Arron Banks, one of the self-styled Bad Boys Of Brexit.

With that exquisite putdown, Banks and his oppo Andy Wigmore repaired to lunch, leaving gobsmacked MPs chewing their own tongues, astounded at the lack of respect they were being shown.

Banks and Wigmore had been summoned to the Commons to address some Fantasy Island nonsense about Russia rigging the EU referendum. After a few hours of tiresome ‘When did you stop beating your wife?’ questioning, they’d had enough. It was time to draw stumps. ‘We’ve got a luncheon appointment we don’t want to be late for.’ 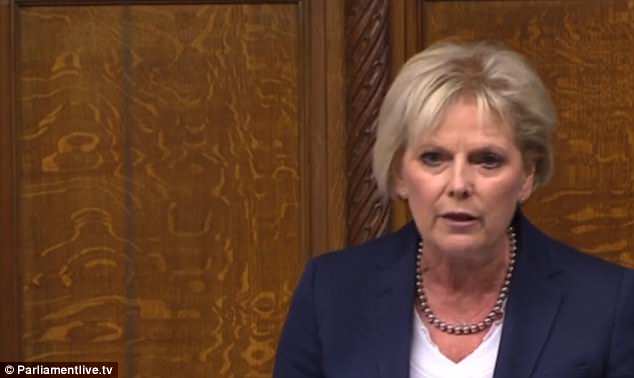 The Hon Members attempted to stand on their dignity and insisted that the pair stuck around for further interrogation.

As if that was ever going to happen.

When one of the committee tried to pull rank, Banks asked: ‘Are you that MP who got drunk in the House of Commons and harassed a woman at a karaoke evening?’

As the Bad Boys got to their feet, Damian Collins, the puffed-up pygmy who chairs the Culture select committee, pleaded: ‘Can you just give us five minutes?’

Banks and Wigmore quite rightly treated the committee’s members with the contempt they richly deserve, ridiculing their real motive for summoning them to Westminster.

That’s what this impertinent Star Chamber was all about. How dare the likes of Banks and Wigmore attempt to influence the Great Unwashed to ignore the orders of their elders and betters?

The real scandal was the pretence that Leave.EU — the Banks-rolled provisional wing of the Leave campaign — was guilty of treason for sharing a bucket of goulash and a bottle of Stalin’s Stoli with the Russkies.

If anyone is guilty of treachery, it’s the politicians from every party who are determined to betray the biggest popular vote in British history for anything in order to keep this great country subjugated to a corrupt, anti-democratic foreign power, based in Brussels.

Sorry, I just don’t get it.

Those of us who live outside the Westminster bubble have been looking on with astonishment this week. I don’t think I’ve ever known a time when the posturing political class have been so far removed from the people they are supposed to represent.

There’s no need for me to spend much time monstering the ludicrous Dominique Grieve, an alleged Tory, who was rather splendidly done up like a kipper (pardon, hareng fumé) by Quentin Letts yesterday.

Grieve’s about as representative of the British people as that rip-roaring bonkers Soubry woman, who still hasn’t got over the schoolgirl crush she had on Ken Clarke in the Seventies, when she was a pretty hopeless reporter in ITV’s Nottingham newsroom.

Soubry reminds me of the bird who sings the theme tune to the BBC comedy, Mum, which I always mishear as: ‘I’ve got my knickers on the wrong way round.’

Arron Banks nailed Remainers such as Here We Go Soubry Loo when he told her fellow travellers on the Culture committee: ‘Straight after this hearing you’ll be quaffing Chablis with a Guardian journalist, spinning this how you want.’

On Wednesday, the BBC led all its bulletins, all day, on the ‘news’ that a Conservative junior minister you’ve never heard of had resigned from a job you didn’t know he had, in protest at the Government’s handling of Brexit — something which the majority of his constituents supported at the referendum.

Yesterday, from what I can gather, half the Labour Party resigned from jobs you didn’t know they had, either — again over something to do with Brexit. But that wasn’t considered quite so newsworthy.

Meanwhile, in the Commons, Speaker Bercow set a new record in allowing Prime Minister’s Questions (which used to last 15 minutes) to drag on for an hour.

In the middle of it all, Wee Burney’s SNP staged a walk-out over an obscure point of order, utterly lost on anyone who hasn’t studied Erskine May’s 1844 Treatise On The Law, Privileges, Proceedings And Usage Of Parliament.

That was a ‘major, major’ story on the rolling news channels, too, except it wasn’t for the 99.99 per cent of viewers who were watching Bargain Hunt instead.

Round the corner, in Smith Square, Dominique Grieve was plotting to sabotage Brexit with a bunch of self-regarding Remoaners, including Alastair Campbell, the only man I know who has a certificate to prove he’s sane.

Also present was Henry Porter, someone I vaguely remember as a particularly pompous hack on London’s Evening Standard society pages back in the late Seventies, and Tory-turned-Liberal ex-MP Hugh Dykes, whom I inherited, and rapidly jettisoned, as a pundit when I took over from Michael Parkinson on LBC Radio in the early Nineties.

Dykes had the worst case of gingivitis I’ve ever seen. His gums appeared to have been creosoted. Put you right off your lunch.

And from the look of the pictures in yesterday’s Mail, he’s still got the same suit, too. (The Next summer sale, Brent Cross, circa 1991.)

The runners and riders also included the former journalist Patience Wheatcroft (they’re all a former something-or-other) elevated to the Lords by Call Me Dave in 2010. The last time I saw Patience she was a passionate Eurosceptic, parroting the anti-EU sentiments of her then employer Rupert Murdoch.

Where does this Rag, Tag and Bobtail army of the so-called great and good get the idea that they have the God-given right to overturn the democratic will of the British people? They can huff and puff all they want but, frankly, no one outside their navel-gazing demi-monde is listening.

That’s why the Bad Boys Of Brexit spoke for Britain this week. The politicians ignore us at their peril. We’ve got an appointment we don’t intend to miss, either — freedom from the EU, for good, March 2019. Just shut up and get on with it.

Until then, if you want us, we’ll be in the bar.

Turn your TV Licence into a swan 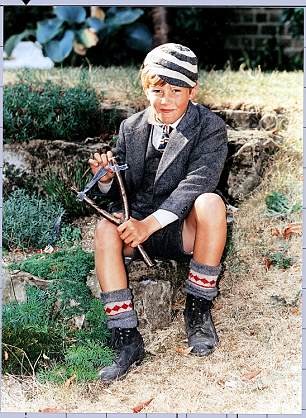 A schoolboy with a catapult

Opened the post yesterday to find a leaflet telling me I didn’t need a paper TV licence any more.

Apparently, it’s all done online now. So why bother sending out a letter? What’s wrong with an email?

Hang on, though. It gets better. The leaflet was headlined: ‘Turn your TV licence into a swan.’

Eh? On the reverse was an eight-point instruction, complete with diagrams, on how to fold the letter, origami-style, into the shape of a swan. Why? Can you imagine the meeting that came up with that daft idea?

I suppose if you scrap paper licences, you don’t need so many staff to process them. But what are they all going to do otherwise?

I know! Let’s send out leaflets telling people how to turn their TV licences into a giraffe.

Nah, a giraffe would take up too much paper.

How about a swan?

You couldn’t make it up.

Coming soon — how to turn your gas bill into a sun hat.

Mind How You Go

Today’s edition of Mind How You Go comes from East London, where a police bomb disposal squad rushed to an Italian restaurant to defuse a suspected explosive device left in the doorway.

They were alerted by a member of the public who spotted a package labelled ‘Bomb’ lying outside the premises.

You might ask yourself how many terrorists would bother to label their bomb with the word ‘Bomb’? And you’d be right. It turns out the ‘bomb’ was a loaf of artisanal sourdough bread delivered by a local bakery to the restaurant, which is called ‘Bombetta London’.

The clue’s in the name.

Still, can’t be too careful. And at least the cops saw the funny side, but only after they’d carried out a controlled explosion on one of the desserts on the menu — a cannonball-shaped chocolate and ice cream extravaganza called a Bombe Surprise.