RICHARD LITTLEJOHN: A knighthood? An OBE? I’d rather have a large VAT

My knighthood appears to have got lost in the post again this year. Same with the peerage I was expecting so I could take up my seat in the Lords and vote for the Brexit Bill.

Not that I’m a great fan of the honours system. Or any other kind of awards, come to that. They always seem to say more about those handing them out than they do about the recipients.

Take the recently announced Queen’s Birthday Honours. They were obviously drawn up by someone with a well-developed sense of humour. How else do you explain the decision to give a gong to Mark Carne, currently presiding over a complete meltdown on the railways? 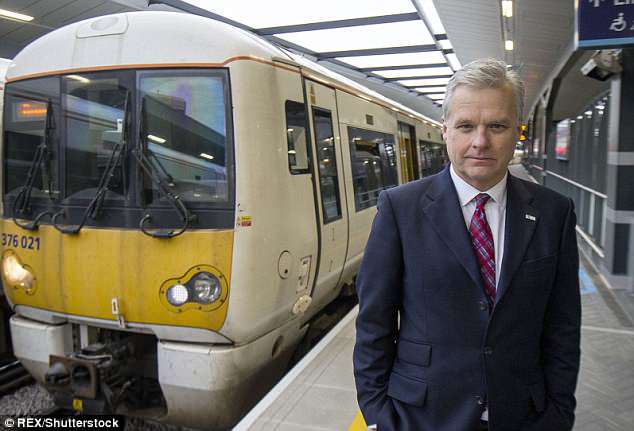 Carne, the head of Network Rail, has been given a CBE — one down from a knighthood, apparently. This at a time when thousands of trains have been cancelled as a result of an almighty, utterly predictable, cock-up over the introduction of new timetables.

Yesterday, for instance, we learned one reason for delays on the London commuter network was because trains have to stop outside Finsbury Park to change drivers.

It transpires that some drivers have not been trained, and are therefore unqualified, to take their engines through tunnels.

How difficult can that be? It’s not as if you can take a wrong turning. Trains run on rails, inside and outside of tunnels. A couple of toots on the whistle and Bob’s your uncle. I could do that, gissa job.

During the past four years, Carne has overseen endless delays, missed punctuality targets and mounting debt. That hasn’t stopped him becoming Britain’s best-paid public servant, on £820,000 a year.

Nice work if you can get it.

So you might have thought that he would have sufficient self-awareness to turn down an honour — even if some flunkey or other was stupid enough to put his name on the list in the first place.

For a start, if you’re a captain of industry, then a CBE is very much a consolation prize. It might stand for Commander of the Most Excellent Order of the British Empire, but you still don’t get the royal sword on your shoulder or the title ‘Sir’ in front of your name.

So why would you want one? Most people don’t know the difference between a CBE and an OBE.

Frankly, I’d rather have a BLT and a large VAT.

I’ve never understood giving them out to sportsmen and women, either. If you’ve got an Olympic medal, an OBE is pretty much worthless. 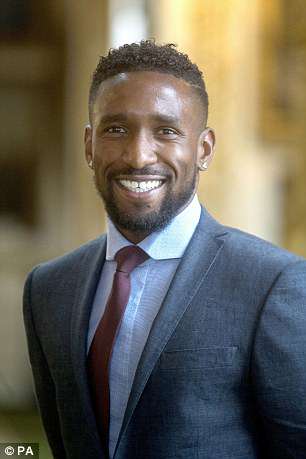 Not that I’m belittling those who have accepted minor honours. Footballer Jermain Defoe deserves recognition for his inspirational devotion to Sunderland fan Bradley Lowery, who died, aged six, from a rare form of cancer. To his great credit, Defoe admitted to mixed emotions over the OBE he has been awarded. But I’m sure he’d swap it for a World Cup winner’s medal any day of the week.

Every once in a while, whoever’s turn it is to be Prime Minister promises that the honours system will be reformed, to make it more democratic and recognise the achievements of what are known patronisingly as ‘ordinary’ people.

Johnny Major, I seem to remember, made great play of handing out medals to roadsweepers and bus drivers from his old stamping ground of Brixton.

Hearty congratulations to her. If anyone deserves a damehood, it is Mrs Powell for the selfless life she has given to raising money for our ex-servicemen.

But while a few sweeties were strewn before the plebs, most of the prime goodies were — and remain — reserved for the great and good, the conga line of entitled ex-politicians, quangocrats and luvvies.

And speaking of Remain (with a capital R), what a coincidence that so many of this year’s lucky winners all seem to be pro-EU.

In a world which recognised real achievement, Nigel Farage would have been given a belted earldom for his relentless championing of Britain’s withdrawal from the EU.

Curiously, his citation must have fallen between the shelves at the sorting office, along with my own knighthood/peerage.

Yet look at all the Remainers on the list, including that sanctimonious snob Simon Schama and dragged-through-a-hedge-backwards academic Mary Beard, currently agitating for a second referendum.

Then, of course, arise Dame Emma Thompson, one of life’s Lear Jet ‘liberals’, who will cheerfully fly out first class to Hollywood to lecture the rest of us on ‘climate change’.

This would be the same Emma Thompson who was vociferous in her support for the EU and rubbished her own country as ‘a tiny little cloud-bolted, rainy corner of sort-of Europe, a cake-filled, misery-laden grey old island’.

These are the kind of people that Theresa ‘Brexit means Brexit’ May thinks worthy of the highest honours our society can bestow.

Makes you proud to be British.

Traces of meat have been found in some supermarket vegan and vegetarian ready-meals. Tesco’s vegan macaroni contained turkey and there was pork in Sainsbury’s ‘meat-free’ meatballs.

Quite right, too. Who ever heard of ‘meat-free’ meatballs? And why would anyone want to buy them, let alone eat them?

I’ve never understood why vegans and vegetarians want their dinners to look as if they contain meat, even when they don’t.

Nut cutlets? Quorn sausages? What’s that all about? When I sit down to a juicy rib-eye on the bone, I don’t want it to look like a plate of broccoli. Come to think of it, I’m not that sold on fish, unless it’s deep-fried or smoked with a couple of eggs.

At a formal dinner, I waved away the poached salmon. The waiter asked if I’d like the vegetarian alternative.

‘I thought salmon was the vegetarian alternative,’ I said.

As my old mate Steve always insists: If God had intended us to eat prawns, he’d have put them on dry land, given them hooves and made them go: ‘Moo!’

More than 200 years of beer production has come to an end in Blackburn, after so-called ‘travellers’ caused £100,000 of damage to the historic Thwaites brewery.

They moved on to the site over the May bank holiday weekend, ransacked offices, ripped out wiring, smashed windows and left a trail of destruction before being given a police escort out of town.

Seventeen hundred pints had to be poured down the drain and Thwaites has been forced to transfer brewing to another location. 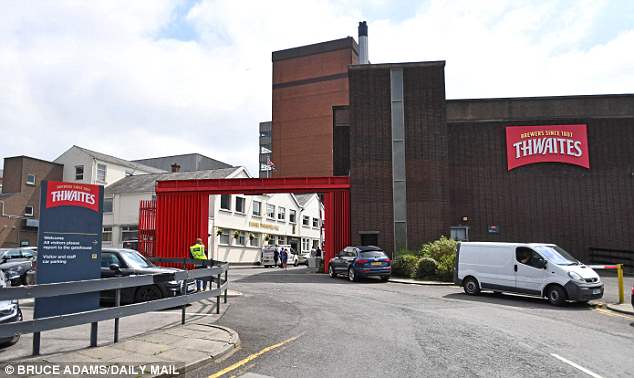 ‘Travellers’ caused £100,000 of damage to the historic Thwaites brewery after ransacking offices, tearing out wiring, smashing windows and leaving a trail of destruction

Lancashire’s chief constable says investigations are taking place, but no arrests have been made.

Why doesn’t that surprise me? Ever since ‘travellers’ managed to get themselves classified as a ‘vulnerable minority’ they have effectively been beyond the law.

Most police forces are terrified of dealing with them, for fear of being accused of racism.

They have achieved a kind of protected species status, which we must all ‘celebrate’.

In Woking, Surrey, reader Alan Petrie, spotted an unusual flag flying outside his local nick — blue and green with a red cartwheel.

He wandered in and asked the copper on the desk what it was. The officer said he hadn’t got a clue and went off to make a phone call.

When he returned he said that, apparently, it was to mark ‘GRT Day’.

Gypsy, Romany and Traveller Day, came the reply. Of course it is. The copper was as baffled as Alan.

Perhaps they could now raise the GRT flag outside Blackburn police station, or on the site of the old Thwaites brewery, to celebrate the travelling community’s latest contribution to the rich diversity of our nation.