“I will grab the needle right out of her arm.”

Ricky Gervais pulled a classic “Ricky Gervais” as he joked about the lengths he would go to get the Covid-19 vaccine.

During a virtual visit to Thursday’s “The Tonight Show Starring Jimmy Fallon,” the controversial comedian, 59, revealed he was on the vaccination list with “30 million” people ahead of him, which he cheekily took offense to. 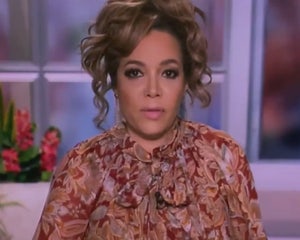 “How could I not be vulnerable — look at me,” he quipped while pointing at himself. “It’s so annoying.”

He added, “I will fight an old lady for that vaccine, like ‘Game Of Thrones.’ I would be like a deranged junkie. I will grab the needle out of her arm.”

The Emmy Award winner also went into detail about an alternate way of getting a top spot on the vaccination list.

“My plan is, in the next few months, I’m going to be clinically obese, so I will be high risk,” he cracked. “Let’s get this fat f–k injected, he’s going to die!”

Fallon quickly chimed in, “This is a bad plan. This is a very bad plan.”

The pair then discussed Gervais adopting a new cat during quarantine named Pickle, who ended up making a cameo appearance on the show. After the cat exited, Gervais smiled and said, “I showed Jimmy Fallon my pickle.”

Later in the interview, Gervais played “Wheel of Opinions” with Fallon, giving his take on a variety of subjects from space exploration to mechanical pencils.

Regarding horoscopes, he offered, “Ridiculous. Nonsense. A pseudoscience. How can people born around the same time have all the same characteristics?” He added that some believe in it because the descriptions are “flattering” like “you’re brave and considerate.”

“Not one star sign says ‘You’ve got bad breath and you’re gullible.'”

Watch the hilarious game, below.