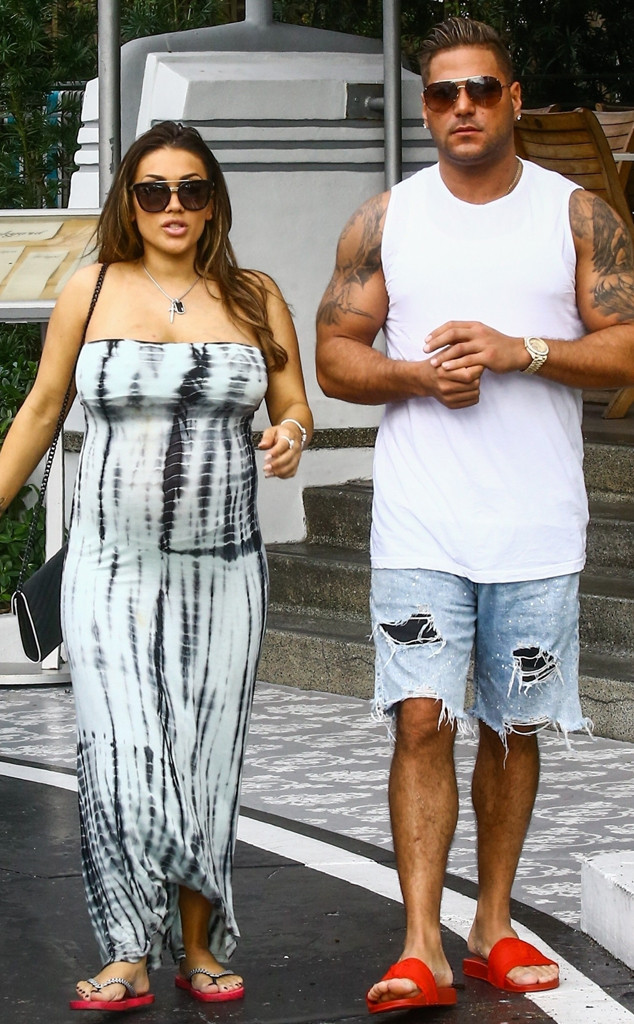 The Jersey Shore stars, who are parents to 6-month-old daughter Ariana, have had a tumultuous relationship as of late. As fans well know, Ronnie has expressed some of his troubles with his on-and-off girlfriend on the MTV show, but it was the vicious social media fighting that took place online in April that revealed the two were not on good terms behind the scenes. Following a brief breakup, the two were involved in a domestic dispute in Las Vegas in June, sparked by the sudden death of Jen’s dog. A few weeks later, Harley was arrested for domestic battery after it was alleged she had dragged him with her car. However, the case was dropped due to insufficient evidence.

Jersey Shore Cast: Then and Now 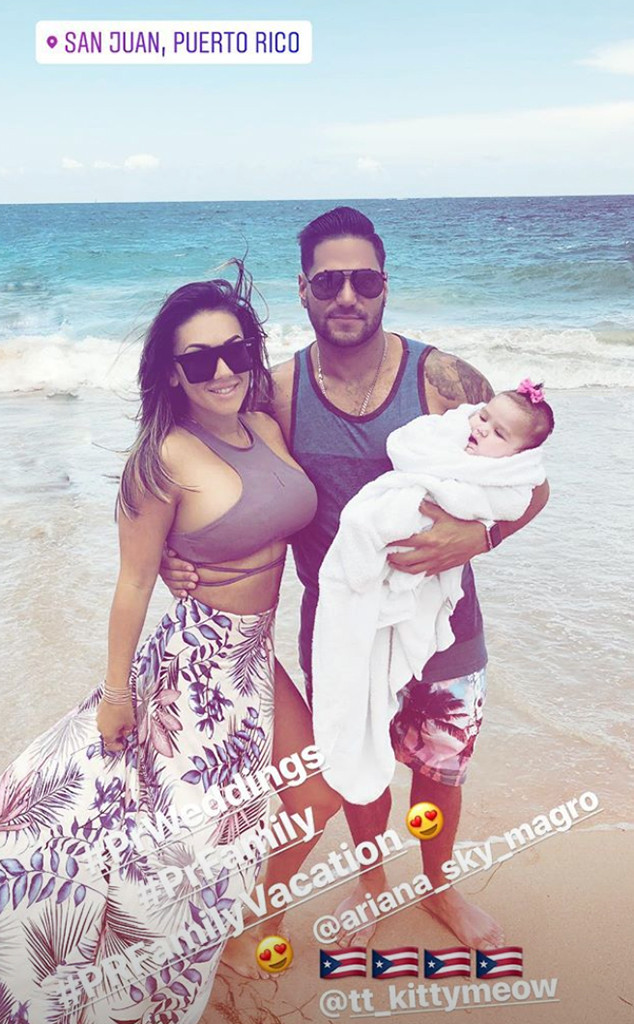 By the end of summer, the two were back together and vacationing with their daughter in Puerto Rico. “We went through a rough time but we are strong and best we’ve ever been,” Jen wrote to him online in early October. “I love you and have your back always.”

During an Instagram Q&A last week, Harley even called him her “soulmate.” “I’m with him because I love him and we have a connection that most people do not have and it sucks you guys do not get to see it on JS but it’s there and it’s real and I do believe he’s my soulmate,” she told fans. 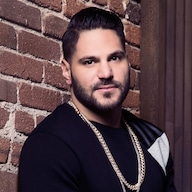 {via Rons instagram story} {people flooded my DMs & IG story questions asking about them two} {Jen & Ron don’t hate ME} {DISCLAIMER we do not know what happens behind closed doors, don’t judge Ron or Jen} {you’re all asking for updates here it is ?}

However, their peaceful, amicable veneer cracked on Wednesday when Ortiz-Magro shared a photo of himself with a black eye. “Sorry for lying to my friends and family, sometimes u love people so much your [sic] willing to lie and hurt the people that u love the most to protect,” he wrote, seemingly blaming Harley for the injury.

She retorted in a comment on her own Instagram account, writing to a follower, “I don’t post my s–t on IG lol. He’s lying. I’ll prove it again with the car thing I can’t deal with a drug addict anymore it’s getting so out of control [sic].”

Their conflict escalated online when they both took to social media once again late Thursday. In since-deleted Instagram videos and posts, Ron shared a clip from October 21 of their daughter crying on a bed.

“This is why I had the baby bc she wasn’t home at 630 am and her son alone until 9:30am,” he captioned the clip, taken around 6 a.m. “Left 12 yr old son alone while she went to drink.” He said in the clip that Ariana was sick and he had gone to drop the baby off with Jen, who he claimed was out drinking with friends.

Harley fired back, writing on her own story, “Under his care look at my daughter screaming and crying I’m so scared for her she never cries like that I’m so heartbroken.” An additional clip on Ronnie’s account, taken in a bathroom, captured the two off-camera while Jen argued with Ron about allegedly killing her dog. 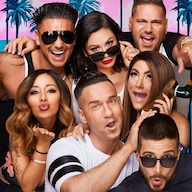 How This Year Became Jersey Shore‘s Most Intense Yet

Ronnie also posted screenshots of texts from Jen, in which she wrote to him, “You need to go to the bank and pull out 20k and I’ll go that’s the fine u have to pay for publicly humiliating me again.” Over on Jen’s story, she shared texts from Ron in which he asked her if she wanted him to post something clarifying an incident. According to Jen, it was related to his black eye. In another group of texts, Jen denied dragging Ronnie with a car and claimed he jumped on it instead, referencing her June arrest. It’s unclear when any of the texts were exchanged and both Ronnie and Jen have deleted all of the posts from their individual Instagram Stories.

A video has also surfaced online of Ronnie and a woman, reportedly his aunt, screaming at Jen, who was in a car outside a house, and claiming that she was recording everything to sell.