Rosamunde Pilcher, a British writer whose romance and generation-spanning novels like “The Shell Seekers” regularly made best-seller lists and were turned into television movies and mini-series, died on Wednesday in Dundee, Scotland. She was 94.

Her agent, Felicity Bryan, said she died in a hospital after a short illness.

Ms. Pilcher had been writing short stories and novels for years, first under a pen name and then under her own, when “The Shell Seekers,” published in 1987, elevated her to a new level of sales and fame.

“ ‘The Shell Seekers’ was the quintessential word-of-mouth book in hardcover,” Thomas J. McCormack, then chairman of St. Martin’s Press, which published the book in the United States, told The New York Times in 1990.

The novel’s main character, Penelope, is an artist’s daughter who in the course of the book looks back on her life and relationships. The title refers to a painting by Penelope’s father.

“It is a measure of this story’s strength and success that a reader can be carried for more than 500 pages in total involvement with Penelope, her children, her past and the painting that hangs in her country cottage,” the novelist Maeve Binchy wrote in reviewing the book in The New York Times Book Review in 1988. “ ‘The Shell Seekers’ is a deeply satisfying story, written with love and confidence.”

Riding the international success of that book, Ms. Pilcher’s next novel, “September,” about a prominent family in the Scottish Highlands, made its debut on The Times’s hardcover fiction best-seller list in 1990 at No. 1, dislodging Robert Ludlum’s “The Bourne Ultimatum,” which had held the top spot for five weeks. 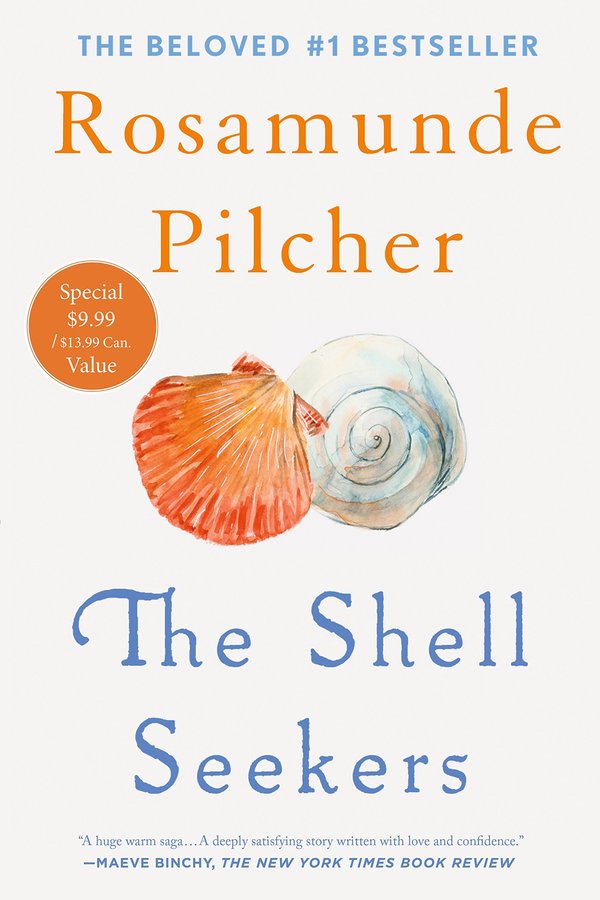 Television adaptations of her work were frequent and often featured high-profile stars. “The Shell Seekers” was twice adapted for television: in 1989, with a cast that included Angela Lansbury, and in 2006, with Vanessa Redgrave. A 1996 television adaptation of “September” starred, among others, Jacqueline Bisset, Mariel Hemingway and Michael York.

A string of German TV productions based on her books and short stories was so popular in that country that German tourists traveled by the thousands to Cornwall to see the area where the films were shot and where some of her stories were set.

“The Germans come to Cornwall thinking it is gloriously sunny here all the time, due to the movies,” one prominent resident, James Molesworth-St. Aubyn, told The Guardian in 2013. “We occasionally have to explain that one of the reasons Cornwall is so beautiful is because it rains.”

Rosamunde Scott was born on Sept. 22, 1924, in Lelant, a village on the southwestern tip of Cornwall. Her father, Charles, worked for the India Civil Service and was posted overseas for much of her childhood. (“He came home every four years when he got a leave,” Ms. Pilcher told The Times in 1995, “but that time went very quickly.”) Her mother, Helen, raised her in Cornwall.

When World War II broke out, Rosamunde left school, learned shorthand and went to work for the Foreign Office. She spent two years working in Portsmouth, England, and in 1944, after D-Day, joined the Women’s Royal Naval Service, known as the Wrens. She was stationed in Ceylon (now Sri Lanka) when the war ended.

“While in Ceylon I wrote a short story, and my father submitted it to Woman and Home magazine,” she told The Western Morning News of Plymouth, England, in 2013. “The day he sent me a cable to say it had been published for 15 guineas really was the best moment of my life. It was the moment I knew that I could do it.”

She married a veteran, Graham Pilcher, in 1946, and they moved to Scotland, settling in Dundee. She then began writing in earnest, producing more short stories.

“Because I had spent a long time meeting with and living with so many young people in Portsmouth and Ceylon, I’d seen countless love affairs starting, blossoming, crashing and ending,” she said. “So off I went. There were dozens of different characters stored in my memory, and these formed the basis of these stories.”

Her first novel, “Half-Way to the Moon,” was published in 1949 under the name Jane Fraser. She continued writing books under that name into the early 1960s, but in 1955 she also published her first book under her own name, “A Secret to Tell.”

In an obituary she wrote for The Guardian, Ms. Bryan described how this writer of only moderately successful romances became an international star.

“By the time I became her literary agent in 1973, she was publishing short novels as Rosamunde Pilcher on the Collins Romance list,” Ms. Bryan wrote. “Her breakthrough came when a young American editor with St. Martin’s Press, Tom Dunne, recognized her sparkling prose and pitch-perfect dialogue and launched her books in the U.S.”

Ms. Pilcher’s later books included “Coming Home” (1995) — a “not so fictional” story, as she put it, about a family’s experiences in the World War II years, some of which paralleled her real-life experiences. It, too, ended up on television, as a 1998 mini-series with a cast that included Emily Mortimer, Peter O’Toole and Joanna Lumley.

In a 1990 interview with People magazine, Ms. Pilcher related an anecdote from her days as a fledgling novelist with young children.

“I always practice my dialogue out loud,” she said. “Once, when Fiona was small, she had a friend over, and I was hanging up the washing and running through my dialogue. Her friend said, ‘Look, your mummy’s lips are moving.’ And Fiona said, ‘Don’t be stupid. She’s writing.’ ”